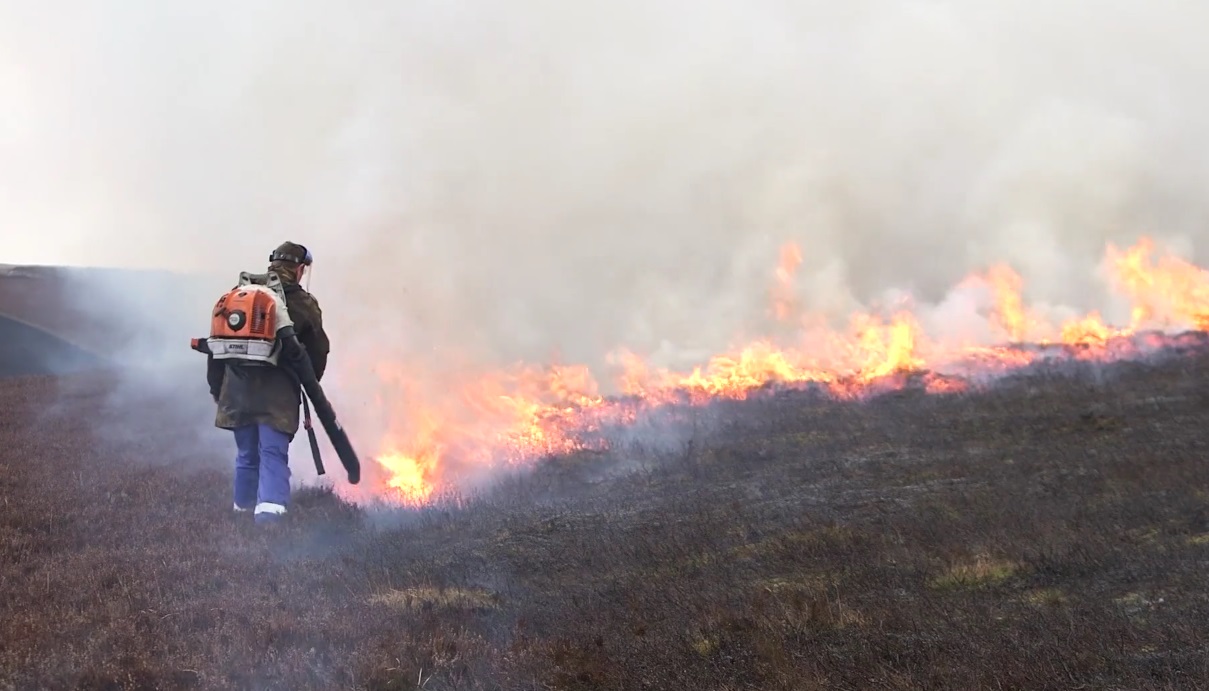 Not many of us will have cause for celebration when hearing last week’s announcement about the proposed licensing of grouse moors but what’s more deeply concerning would be the licensing of muirburn.

The true value of muirburn to help mitigate wildfires must not be underestimated. Wildfires have been far more frequent in recent years due to the impact of climate change and changes in land use policies.

As both a retained firefighter and a land manager in the Scottish Highlands, I know only too well the dangers of wildfires and their devastating effects.

Muirburn is the controlled, cool burning of heather on Scotland’s moorlands which is conducted according to the principles of the Muirburn Code and within the permitted season, 1 October to 15 April. It involves lighting small strips of vegetation and then quickly extinguishing the flames. This removes only the top layer of old heather growth – reducing the fuel load without damaging the peat or soil underneath.

The practice allows us to look after the heather which provides food and shelter for all moorland birds including grouse. It is also a vital tactic to prevent wildfires by creating firebreaks and reducing the fuel load of excess vegetation.

Land managers have a great relationship with the Scottish Fire & Rescue Service and when a wildfire occurs firemen tap into the knowledge we have of the land we work day in day out. We know the lay of the land across our estates, for example where ridges occur that act as natural boundaries to a fire spreading, so it’s far less likely for muirburn to get out of control on managed moorland.

The Scottish Fire & Rescue Service has endorsed muirburn as an important land management tool to reduce fuel load and avoid wild blazes getting out of control, The Scottish Government must sit up and take note of this.

Muirburn is not something that can be jeopardised by more layers of legislation, it is a necessity. Trusting land managers to carry it out under best practice is imperative.

It was encouraging to hear Mairi McAllan, Minister for Environment, acknowledging that muirburn is a useful tool in land management and there are situations where it is the best option.

I have witnessed many wildfires in the Highlands in recent years. The one that sticks in my mind is the huge wildfire on peatland in Sutherland in the far north of Scotland. Had muirburn by skilled practitioners been allowed in this region there is a chance the wildfire could have been prevented or its spread limited due to a much reduced fuel load for the fire to burn.

Lessons must be learnt from such devastating incidents!

I would urge the Scottish Government to think really carefully about the licensing of muirburn.

If more restrictions were imposed on this vital land management practice it would become ever harder to manage the land for an array of moorland wildlife to thrive and to promote carbon capture. Even worse, restricting muirburn would limit the possibility of combating devastating wildfires, which set fire to the peat itself and cause huge carbon emissions.

Muirburn is a traditional practice that has been carried out for centuries; it must remain a tool available to land managers.