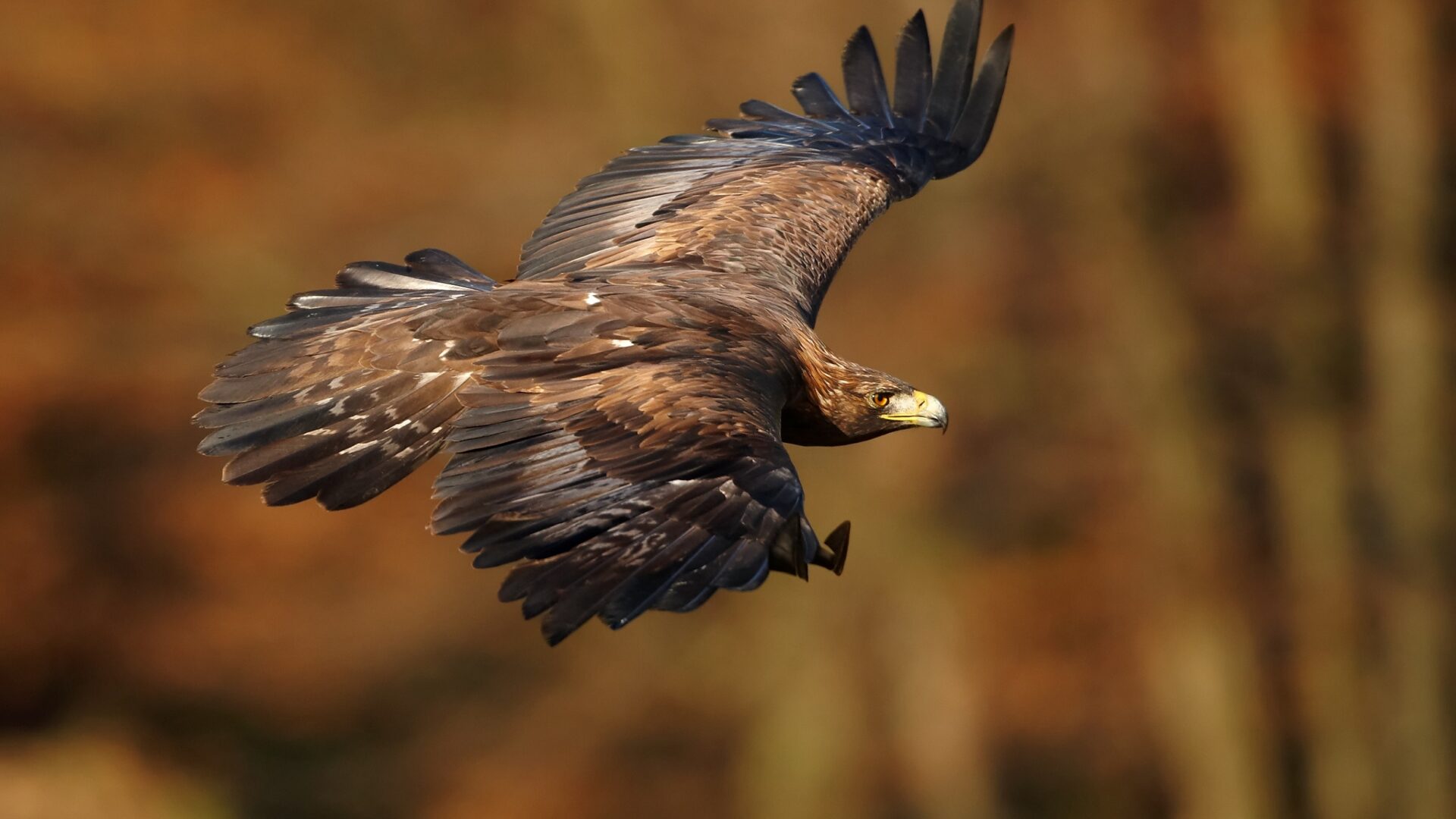 Scotland is home to an astounding number of birds of prey – and grouse moor management is one of the key environments for species to succeed, with high quality habitat and fewer predators than other landholdings.

Such has been the success of recent conservation efforts, that of the UK’s 21 bird of prey species, only three remain ‘red-listed’ as of conservation concern.

Across the country there are numerous well-established populations on land managed for red grouse.

The golden eagle population was estimated at 510 pairs in 2015. The species is now at breeding saturation level in parts of the Highlands, to the extent that surplus chicks are being translocated.

Through the award-winning South of Scotland Golden Eagle Project, sporting estates have been at the heart of efforts to re-establish a thriving eagle population around the Scottish Borders and Dumfries & Galloway.

The majority of eagle chicks that have been translocated have come from private estates such as Rottal Estate in Glen Clova, and their breeding success is due in no small part to the privately funded conservation work that is undertaken by gamekeepers and other land managers.

Scotland has a huge number of golden eagles given its size – in fact Scotland (relative to its land mass) is home to one of the largest golden eagle populations in the world.

Even the UK’s largest bird of prey, the white tailed eagle or sea eagle, which was reintroduced in Scotland in 1975, is now breeding successfully, with a gradually increasing population, now estimated at 130 pairs.

The number of buzzards in the UK is rapidly increasing and is estimated somewhere between 57,000 and 79,000 pairs. Buzzards are a common sight over moorland. The British Trust for Ornithology Breeding Bird Survey showed a 33 per cent increase in their number in Scotland between 1995 and 2010.

The UK population of hen harriers, estimated at 630 breeding pairs in 2010, is heavily concentrated in Scotland, which hosts over 80 percent of this species. A national hen harrier survey is being planned for 2023 and although hen harriers are still comparatively rare in some areas, it is expected to show a significant increase since the last survey in 2016.

Although hen harriers remain very rare, there have been some notable success stories. Estate owners and gamekeepers have worked in close partnership with bird ringing groups and the RSPB to ring or satellite tag hen harriers, which will provide valuable data to help support further conservation efforts.

This cooperation is a legacy of the Heads Up for Harriers project, which was driven forward by Scottish Land & Estates and its members and initiated co-operation between estates and conservation bodies in 2015.

And co-operation for species conservation is also at the heart of the East Cairngorms Moorland Partnership, a collaboration between five estates – Balmoral, Glenavon, Glenlivet, Mar Lodge and Mar Lodge Estate – along with the Cairngorms National Park Authority. The Partnership reports stable, established populations of several species of birds of prey across its landholdings – many of which are managed for red grouse.

Moorland managers across Scotland work with scientists and ornithologists increasingly frequently to monitor birds of prey. The fact that these experts come to sporting estates to conduct their research demonstrates the abundance of raptors on grouse moors in Scotland, contrary to the gloomy narrative which is often portrayed in the media.

Indeed, our blossoming populations of birds of prey are a cause for celebration – and grouse moors remain the ideal environment for these species to thrive.