The next time you’re enjoying a refreshing gin & tonic remember to give thanks to Scotland’s gamekeepers for they are at the forefront of helping to protect and nurture the juniper plant which is used to flavour gin.

A report published by PlantLife Scotland, a conservation organisation protecting the UK’s wild flowers, plants and fungi, indicated that juniper is in a critical state in Scotland. This led to a joint effort between PlantLife Scotland and moorland managers to restore and protect Scotland’s rare juniper population. 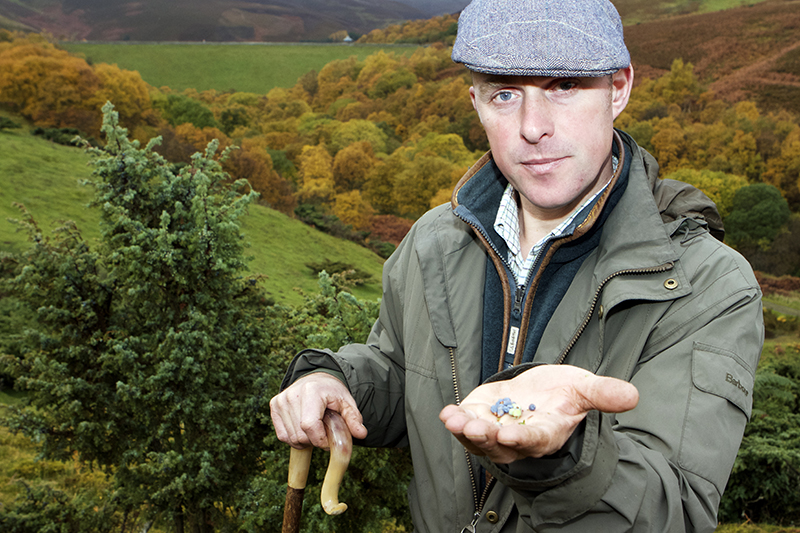 The project benefits Scottish estates from the Borders to the Highlands who are receiving expert advice and funding to help save the iconic shrub.

areas have dwindled to alarming numbers and disappeared entirely in some regions. Its decline in Scotland has been due to a combination of ageing bushes; many are over a century old so produce few seeds, unsuitable grazing systems and booming populations of rabbits and voles.

Davie Black, Conservation Co-ordinator at PlantLife Scotland, said: “We have been consulting with several Scottish estates throughout Scotland to promote actions to reverse the decline of juniper. Activity so far has been extremely positive. Moorland managers have welcomed information and advice on targeting these particular species and we have held workshops on Hopes Estate and also at Glen Tanar in the Highlands, to allow people to find out more on juniper growth and management options.”

Promoting juniper conservation work is just one example of how the Gift of Grouse campaign is helping to raise awareness and understanding of moorland management and such ongoing conservation projects are already having a positive impact on the juniper population in Scotland.