Skip to content
Home
/
2022
/
August
/
12
/
News
/
RURAL SCOTLAND BOUNCES BACK AS THE GROUSE SEASON STARTS: A BOOST FOR BUSINESS AND BIODIVERSITY 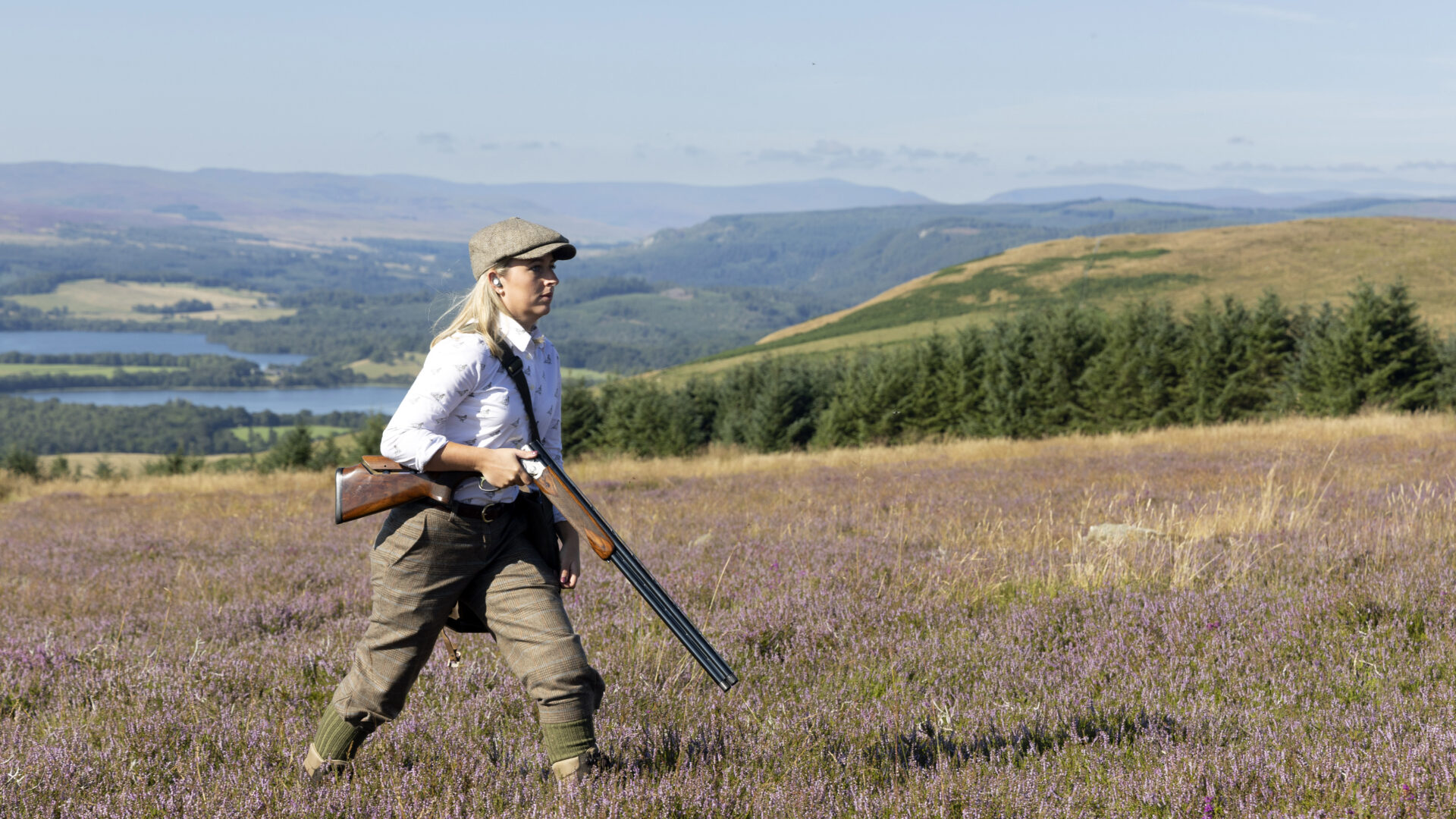 Rural businesses today welcomed the Glorious 12th – the start of the grouse shooting season – and predicted a much-needed return of international visitors following the impact over two years of the Covid-19 pandemic.

Among the first enthusiasts to take to the heather-clad moors were a shooting party on See Far Hill at Forneth Farm in Highland Perthshire.

Craig Brown, head keeper, said: “It looks as though this season will give us a real boost. Rural communities and businesses such as hotels, pub, restaurants and suppliers will all benefit from more people coming to Scotland. Most estates will be finalising their programme of shoots for the season with reports of many group bookings being made. Last year, uncertainty caused by travel restrictions and poor weather conditions had an impact and we’re delighted to see things bouncing back.”

One of today’s shooting party, Chloe Forbes (27, from Perthshire) said: “We’re all so pleased to be back on the hill again this year and know what it means to so many people in rural communities. Grouse are only shot when there is a sustainable surplus and are much appreciated when they reach the food chain as a healthy meat.”

Tay House is a splendid Sporting Lodge set in Dunkeld, rural Perthshire which hugely benefits from the grouse sporting season. This season they are welcoming many shooting parties from home and abroad including a party of 16 from America.

Three local group bookings alone this season are estimated to generate over £210,000 for the local Dunkeld economy.

Mike Smith, owner of Tay House, said: “Our business is built around the fishing and tourism trade throughout the spring and summer months which is then dovetailed with the grouse and pheasant season during the autumn and winter months. Our business is reliant on rural tourism, especially the country sports sector during the off-peak season from September to December, without such we simply could not operate as a business.

“During the sporting season many parties book our property on an exclusive basis, and not only do guests boost our business, they also support many others in the small village of Dunkeld. From private chefs including Morgwn at Redwood providing delicious picnics for shoot days, to great pubs including the Perth Arms and the Atholl Arms on the riverbank, and even local florists including Nova Botanics offering game feather wreath making classes, the shooting season is vitally important to so many rural business and villages such as Dunkeld. It allows for a rural way of life and generates a true community feel.”

Gavin Brymer, owner of Bruce Brymer Butcher, said: “Working with local estates is a huge part of our business model and the grouse season can be as big and as important in terms of income generated as the other large yearly seasons including Easter and Burns, second only to Christmas. At the height of the grouse shooting season we will be working with up to five local estates. We will be taking orders from estate chefs and cooks to prepare meals for shooting parties which can be as large as 12-20 people, as well as suppling packed lunches for dozens of people a day involved in a shoot day, be it the guns, the beaters and additional estate workers.

“During this period working with estates, our weekly turnover will increase by thousands so it is a very important business stream for us. We also see footfall through our shop increase significantly which is not only great for us but for the other rural shops and businesses in the area who rely on seasonal trade that country sports tourism generates during the winter months.”

Ross Ewing, Moorland Director at Scottish Land & Estates, said: “Thanks to the arrival of the grouse shooting season, Scotland’s rural economy is back in business after a challenging few years of Covid-19.

“The significance of the Glorious Twelfth this year should not be understated. It marks the start of a vital extension to the tourism season, which is all the more important against the backdrop of current challenges caused by the cost-of-living crisis. Rural businesses need trade now more than ever, and the return of international visitors to Scotland’s iconic moorlands is an important lifeline that will enable many to weather what is set to be a difficult winter.

“Scottish Government commissioned research has shown that grouse shooting consistently generates higher levels of local and regional spending than other comparable land uses, making it a vital cornerstone of the rural economy that sustains more jobs per hectare than other sectors.

“Improved grouse numbers and a pent-up hunger for grouse shooting from international visitors means that this year is set to be a good one – not just for those shooting, but for those rural workers and businesses that are supported by one of Scotland’s foremost rural sectors.”