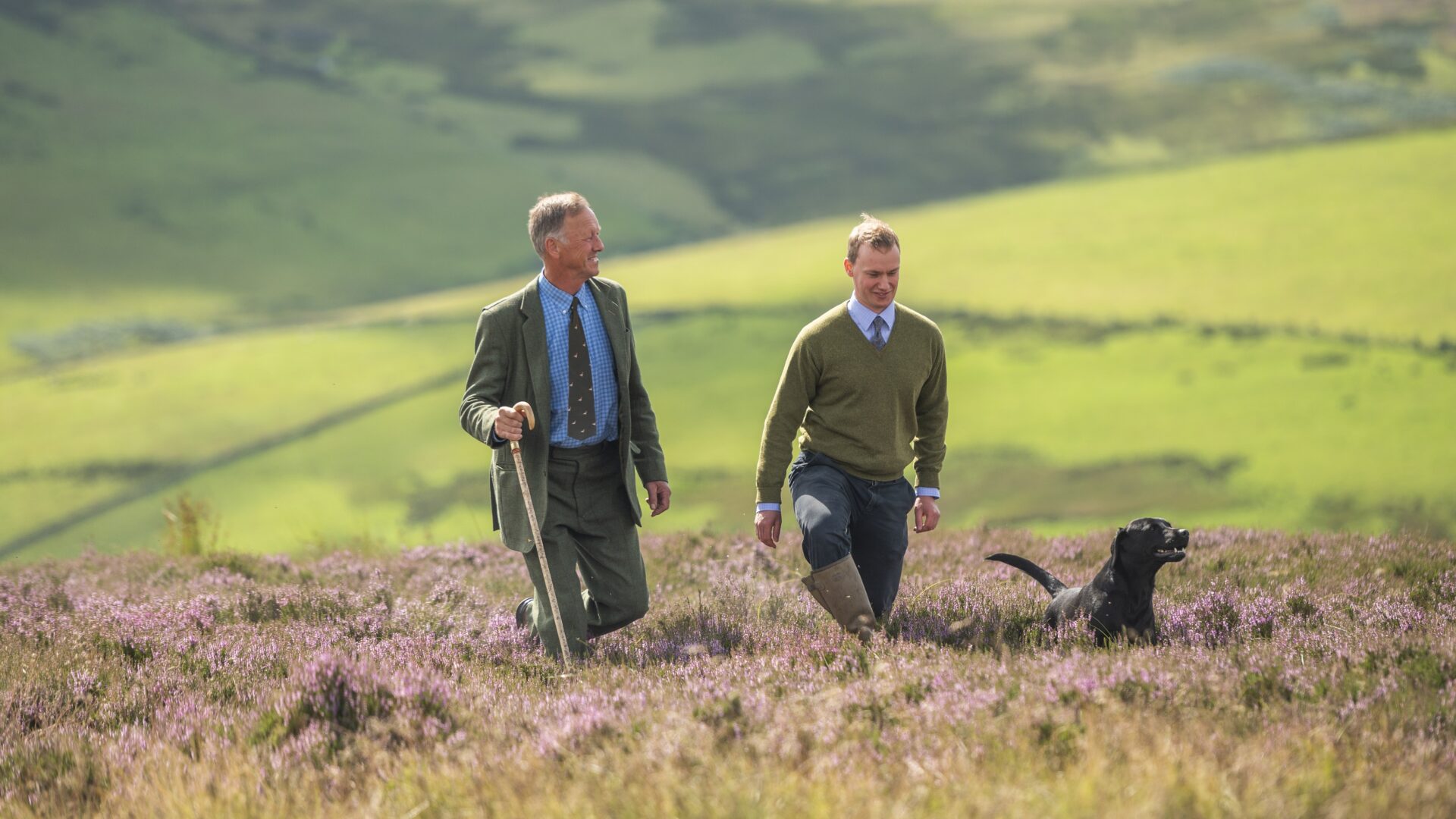 It is often forgotten that red grouse are wild birds living in an uncompromising moorland habitat.

Even their Greek trinomial name – Lagopus lagopus scotica – speaks to unique characteristics that allow them to survive in harsh environments.

Lago means ‘hare’ or ‘rabbit’; while pous means ‘foot’ – a reference to the furry, feathered feet that are well-suited to a cold climate.

Scotica, meanwhile, means ‘of Scotland’ – so it is easy to see why popular brands such as The Famous Grouse have latched on to this iconic, endemic bird to reinforce their Scottish identity.

While well-adapted, it would be remiss not to point out that grouse deal with four acute challenges in the wildness of Scotland’s moorlands.

The first is a contention shared by all Scots – bird, human or otherwise – and that is the weather. Grouse are most vulnerable during the breeding season in the spring, where cold and wet weather can significantly affect chick survival.

The second challenge is disease. One example is strongylosis which is caused by parasitic worms that can reduce breeding success and increase vulnerability to predation. If that weren’t enough, grouse are also vulnerable to ticks which can transmit other diseases such as louping-ill virus.

The third challenge is habitat. Grouse like young, nutritious heather for eating; but they prefer older, thicker heather for breeding and cover. In other words, they require a mosaic of heather comprising different ages if they are to thrive.

And the fourth, final challenge is predation. Grouse are ground nesting birds, meaning they are especially vulnerable to generalist predators such as foxes, stoats, weasels and corvids. Predation becomes accentuated, like the weather, in the spring when chicks are vulnerable.

In short – being a grouse is no easy gig. And it isn’t just grouse who endure the harsh realities of life in the Scottish uplands.

A plethora of other ground nesting birds – some of which are in real danger of extinction across these isles – contend with many of the same challenges. Among them are curlew, oystercatcher, lapwing, redshank, golden plover, snipe, meadow pipit, hen harrier and merlin.

With so much stacked against ground nesting birds, it is hard to envisage how they somehow continue to be a prominent, much-loved feature of moorland ecosystems.

And the answer – backed to the hilt by peer-reviewed science – is grouse moor management.

The gamekeepers vested with the responsibility of managing moorlands for grouse shooting deliver what can only be described as a tangible and underappreciated public service, funded by landowners, that is in no small part responsible for delivering biodiversity net-gains at scale across our moorlands.

How do they do this? They work all hours of the day, 365 days a year, to bring a degree of balance to the inordinate pressures of the moorland ecosystem.

They achieve balance by humanely managing generalist predators that have no natural predators themselves, thus enabling young chicks to thrive.

They achieve balance by using controlled burning (or muirburn) to create the mosaic of heather of different lengths that ground nesting birds require. Muirburn simultaneously reduces the fuel load of vegetation available to burn in a fire and creates fire breaks that reduce the spread of these devastating wildfires when they do break out.

The risk of wildfire is an increasing concern. In recent weeks the United Kingdom has recorded its hottest ever temperatures, with 440 wildfires breaking out in rural and urban areas. Gamekeepers work to educate the public about the  risks of wildfire on moorland and are often the first on the scene, extinguishing many small fires before they cause catastrophic damage.

They achieve balance by working with veterinarians to control strongylosis by using medicated grit – an innovative technique that combines the grit that grouse need for digestion with flubendazole to reduce parasite prevalence.

And they achieve balance by working with shepherds to reduce tick burdens using sheep – which are treated with anti-tick medication – as ‘tick mops’.

As for bringing balance to the great Scottish weather, this is probably where grouse moor managers meet their match – but by doing everything else they do, ground nesting birds have a greater chance of survival.

This is conservation in action. Action that delivers a balanced and biodiverse ecosystem which is revered by all who visit Scotland.

For some, however, the association of this solid conservation work with grouse shooting is too much to swallow, which is deeply regrettable.

I say this because grouse shooting itself is an activity that is the epitome of sustainability.

Testament to this is the fact that, over the last few weeks, moorland communities the length of the country have been busy counting this year’s grouse stock to ascertain if there is a surplus that can be harvested sustainably for the food chain.

After two years where the weather conditions were not favourable for grouse chicks in the crucial nesting period and when tourism was severely limited by Covid restrictions, grouse moor managers are cautiously optimistic that there will be sufficient grouse for a shoot programme to go ahead.

If there is a surplus, the grouse will often be harvested by individuals who come to Scotland for the privilege of doing so. They contribute extensively to the rural economy while they are here, bringing about a much-needed extension to the tourism season.

And it is for all these reasons that we should have no qualms whatsoever about celebrating grouse moor management and all that it does for Scotland.

With balance and sustainability at its heart, it is an activity that is actively delivering crucial net-gains for biodiversity and the rural economy.

Against the backdrop of a biodiversity crisis and the rising cost of living, it is high time the vital contribution of grouse moor management in Scotland is recognised.