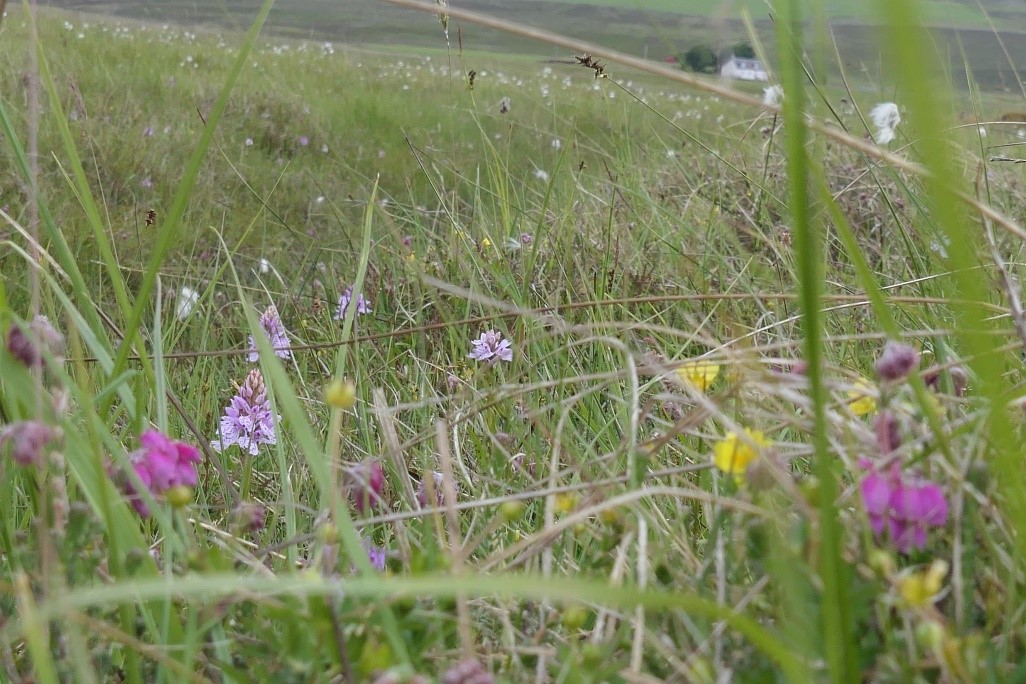 As the COP26 climate conference comes to an end, land managers are celebrating the progress already achieved towards meeting the key goals set out for sustainable land management and biodiversity.
Here we summarize the top six environmental benefits of grouse moors.

Climate change is increasing the likelihood of wildfires, including in the UK, because extended periods of dry, hot weather are becoming more common.
Controlled burning, or muirburn, is a vital tactic to prevent and limit the spread of wildfires.
In Scotland, recent wildfires in Moray and in the Flow Country demonstrate the risks of stopping controlled burning on moorland – wildfires cause severe damage to the peatland and massive Co2 emissions.
The wildfire in the Flow Country spread across 22 square miles of protected blanket bog. WWF Scotland reported that 700,000 tonnes of CO2 equivalent was released into the atmosphere as a result.
Over £13m worth of public money had been invested to restore the Flow Country prior to the wildfire.
The Scottish Fire and Rescue Service is exploring the use of prescribed burning to help prevent wildfires, through the creation of strategic fire breaks, and reducing the amount of fuel available to burn in a wildfire.
Research published in the journal Nature in December 2018 by a team led by Professor Marrs of the University of Liverpool found that “appropriate prescribed burning can both mitigate wildfire risk in a warmer world and produce relatively fast peat growth and sustained carbon sequestration.”

Grouse moors act as huge carbon stores. Proactive management practices help support healthy peatlands, rich in wildlife. Peatlands in good condition actively form peat, removing carbon dioxide from the atmosphere and storing carbon in the soil.
An estimated 1,600 million tonnes of carbon may be stored in peatland in Scotland.
Degraded peatlands result from a variety of issues such as past draining of moorland for sheep grazing, industrial pollution and peat extraction for use in distilleries. Better understanding of peatland ecosystems in recent years has led to landscape-scale restoration projects, notably projects covering 3,700 acres of land in the Monadhliaths and over 1,200 acres in the Cairngorms National Park.
Since 2012, over 25,000 hectares of degraded peatland in Scotland have been put on the road to recovery with funding provided by the Peatland Action programme.

The mountain hare, also called the white hare or the blue hare, is a Priority Species under the UK Post-2010 Biodiversity Framework. An iconic Scottish species, the mountain hare is notoriously timid and often only visible in the early spring when the snow has melted but their coat remains white and they can be picked out against a brown moorland background.

The current mountain hare population in Scotland stands at approximately 135,000, most of which are found on driven grouse moors.

Gamekeepers have long experience of sustaining healthy populations of mountain hare, while also protecting rare plants and designated sites such as Sites of Special Scientific Interest, from over-grazing.
On managed grouse moors, mountain hare populations are up to 35 times higher than on other moors.
NatureScot in partnership with the James Hutton Institute and the Game & Wildlife Conservation Trust have introduced a consistent counting methodology, training for land managers and an innovative app, to record real-time population data and provide the basis for long-term assessment of hare population trends. 70 grouse moors in Scotland have already undertaken the training in best practice counting methodology, and it is hoped that other types of landholding will also come on board to ensure a viable future for this much loved creature.

The number of birds of prey in the UK now exceeds well over 250,000 adults for the first time in a century. There are an estimated 30,000 breeding pairs of Sparrowhawks, 87,000 pairs of Buzzards and 31,000 pairs of Kestrels.
Land managed for grouse is the pinnacle in terms of the number and variety of birds of prey living and nesting successfully.
Scotland holds almost all of the UK’s population of Golden Eagles, magnificent birds which nest in remote locations in the uplands, returning to the same nest site year on year.
Grouse moor owners have been at the forefront of efforts to restore the status of this iconic bird, working with conservation partners over many decades. It is encouraging to see the species back on the ‘green list’ as of least conservation concern. There are an estimated 500 breeding pairs, which has enabled translocations from the Highlands to southern Scotland, in the hope that the a sustainable population of Golden Eagles can also be established in the Scottish Borders.

The UK supports about a quarter of the world’s entire Curlew population.
The Curlew is arguably the most pressing bird conservation priority in the UK, where nearly half the breeding population has been lost over the last 25 years and where range contraction has seen Curlews disappear from many traditional sites.
On Scotland’s moors, where Curlew and other conservation-listed wading birds are known to breed well, gamekeepers are managing to hold onto their populations, although the species is still under threat.
The land management work undertaken on grouse moors, such as predator control, is a vital component to offer waders and other ground-nesting birds such as Oystercatcher, Lapwing and Golden Plover the best chance of success.

Peat soils cover almost a quarter of Scotland, about 1.7 million hectares, storing some 1.6 billion tonnes of carbon – the equivalent of an estimated 140 years of Scotland’s greenhouse gas emissions.
While in the lowlands peat has been extracted for horticultural use and peaty soils are ploughed for agriculture, in the uplands the peat remains undisturbed and there are a good variety of habitats which are species-rich in terms of rare moorland flora and fauna.
Grouse moor management offers the ideal balance to ensure the upland soils are kept in good condition. Red Grouse thrive where there is vegetation of varying heights for nesting and breeding, and good quality heather shoots to eat in the spring. The moorland is kept covered by vegetation which prevents carbon loss on peatlands and provides habitat for many types of moorland bird; bracken is removed as it is an invasive species which is carcinogenic to humans and animals and is devoid of wildlife.
This light touch land management enables peatland to store water and promotes the growth of a range of mosses and bog-specialist plants. Keeping the peatlands wet and covered in vegetation is the ideal means to ensure that carbon remains trapped in the soil, potentially for thousands of years.
Conservation work on grouse moors plays a huge part in ensuring the peatlands maintain their function as carbon sinks.