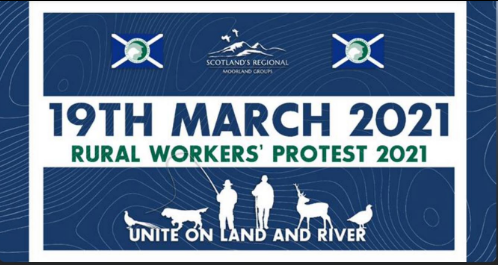 Among us are families who have undertaken a similar role for three generations along with tourists from overseas who love Scotland and our stunning landscapes.

The frustration among rural workers has reached near boiling point over the past five years. Not least because the Scottish government has commissioned four reports which have demonstrated quite clearly the benefits of sporting shooting.

The report by SRUC published in October 2020 found that driven grouse shooting supports more jobs than any other moorland land use.

Furthermore, 60 to 80 per cent of direct expenditure by grouse shooting estates benefits the immediate local area.

While campaign groups have suggested alternative schemes for the uplands, all of these rely on public subsidy.

It is difficult to imagine a future where the Scottish government provides subsidy of up to 86 per cent for alternative land use schemes on moorland – as is currently provided for woodland creation schemes. By contrast grouse shooting does not receive any public funding whatsoever and sustains more jobs.

This is not to forget that we are facing a climate emergency. Biodiversity and carbon capture are not at odds with grouse moor management – quite the reverse. Grouse moors include heather moorland and blanket bog, both globally rare habitats, with 13% of the world’s blanket bog found in the UK. Peatlands in good health are valuable carbon stores and keep carbon locked up for thousands of years.

The Scottish uplands are managed for red grouse which benefits a wide range of other species – from plants and mosses to butterflies, adders, ground-nesting birds, mountain hares and raptors. Despite the hype on social media, the UK’s bird of prey population is now above the 250,000 mark for the first time in over 100 years. Golden eagles now number over 500 breeding pairs in Scotland and are no longer of conservation concern.

We can look after rare species, conserve habitats, capture carbon and create jobs. In fact we already do. Please follow #RWP21 on Facebook and add your voice to the groundswell of protest from rural communities. 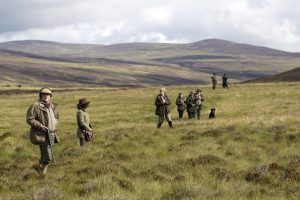