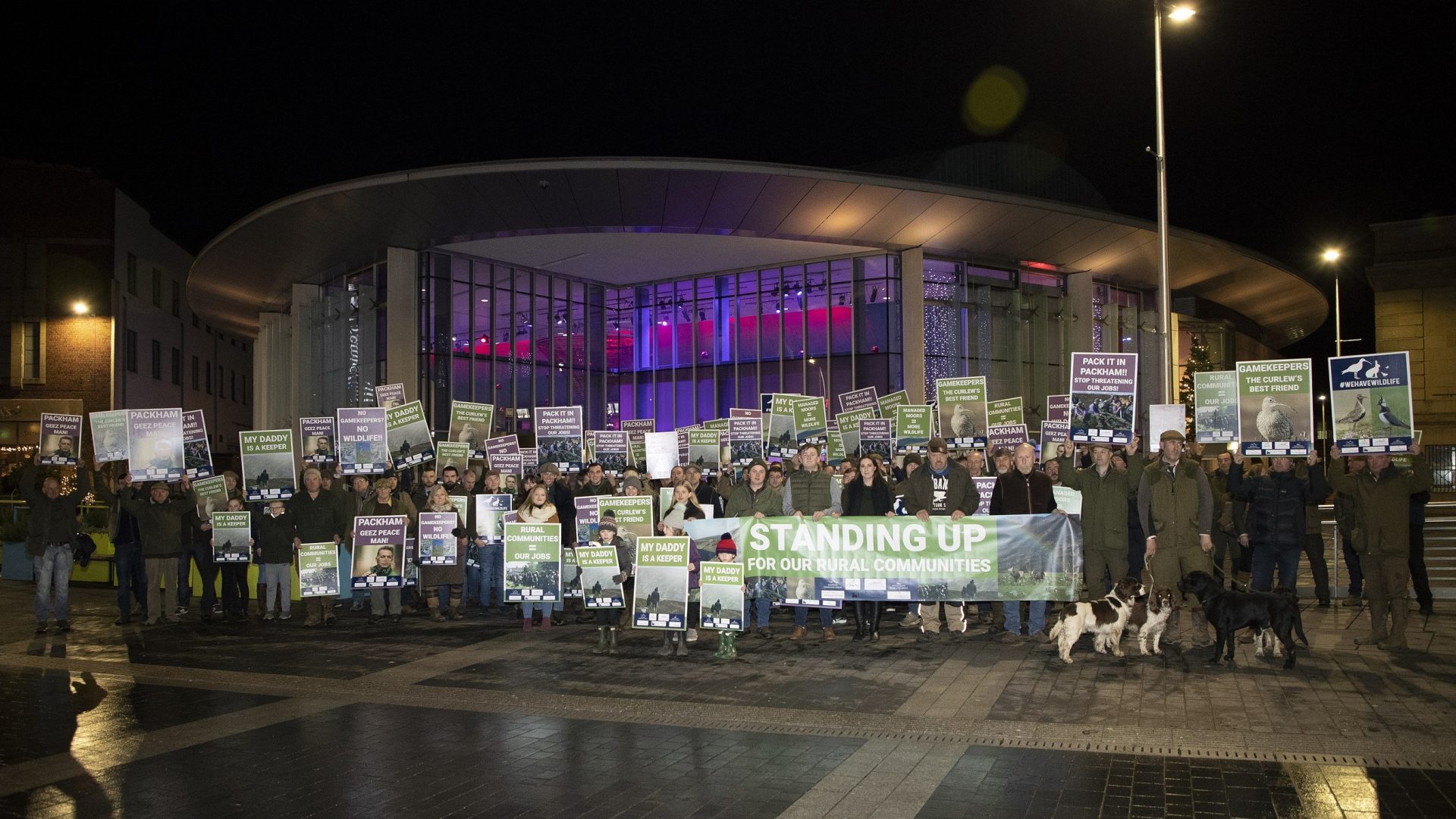 The BBC presenter from the south of England – an outspoken critic of field sports – was giving a talk on nature photography at Perth Concert Hall.

However, his appearance was met with a crowd of rural demonstrators calling on the Springwatch presenter to end what they called a ‘relentless campaign of misinformation’.

Chris Packham has backed two Westminster petitions to end grouse shooting, which supports 2500 Scottish jobs, and has mounted legal challenges to other country sports and farming.

The Fair City protesters said Packham was waging war against rural workers and their families through misinformation and unsubstantiated allegations, designed to damage their futures.

“Chris Packham is well aware of his position but he is using his celebrity status to distort the truth with un-substantiated allegations, tarring whole communities,” said gamekeeper, Allan Hodgson.

“He doesn’t know these communities, how they work and what binds them together. It’s a bit rich. He hasn’t managed land in his life and knows nothing of the challenges. What he is seeking is to ban activities which bring benefits and jobs to people, helps threatened wildlife and fragile areas. Folk have had enough.

“If he is serious about making things better he shouldn’t start by trying to put people who manage the land every day, out of work – he should be talking to them. He has obsessive tunnel vision and is ignoring science.”

The celebrity presenter, Vice President of the RSPB, has been on a collision course with the countryside, leading to letters to broadcasting chiefs over his impartiality as a BBC presenter.

During a march in London he labelled the shooting community ‘psychopaths’ and was forced to apologise to farmers after falsely stating on social media that they shot endangered Lapwings.

His campaign group, Wild Justice, enraged both the farming and shooting community this year by legally challenging General Licences, the permits required to control crow and pigeon populations.

As the court process dragged on, farmers reported financial damage to crops, injury to livestock and the loss of dwindling birdlife.

“He is happy to mount legal challenges to fox and crow control, which helps protect rarer wildlife and farm livestock, yet he will call for deer to be slaughtered in Scotland if it fits with his own personal agenda,” said one of the protestors. “His concern for wildlife seems to be very selective.

“He protests against climate change yet flies off on carbon belching tours abroad and makes a business from tour parties doing the same in his name.

“Study upon study has shown that, where gamekeepers are managing for game, they are also giving a helping hand to many species which are virtually absent elsewhere in our countryside, including the nature reserves he seems to love.

“But there is no attempt to listen to that side or acknowledge the good that many long-serving land managers are doing in the countryside.”

Rural people from all over the country travelled to the peaceful demonstration, carrying banners saying: ‘Standing Up for Our Rural Communities’ and “Gamekeepers- the Curlew’s best friend’.