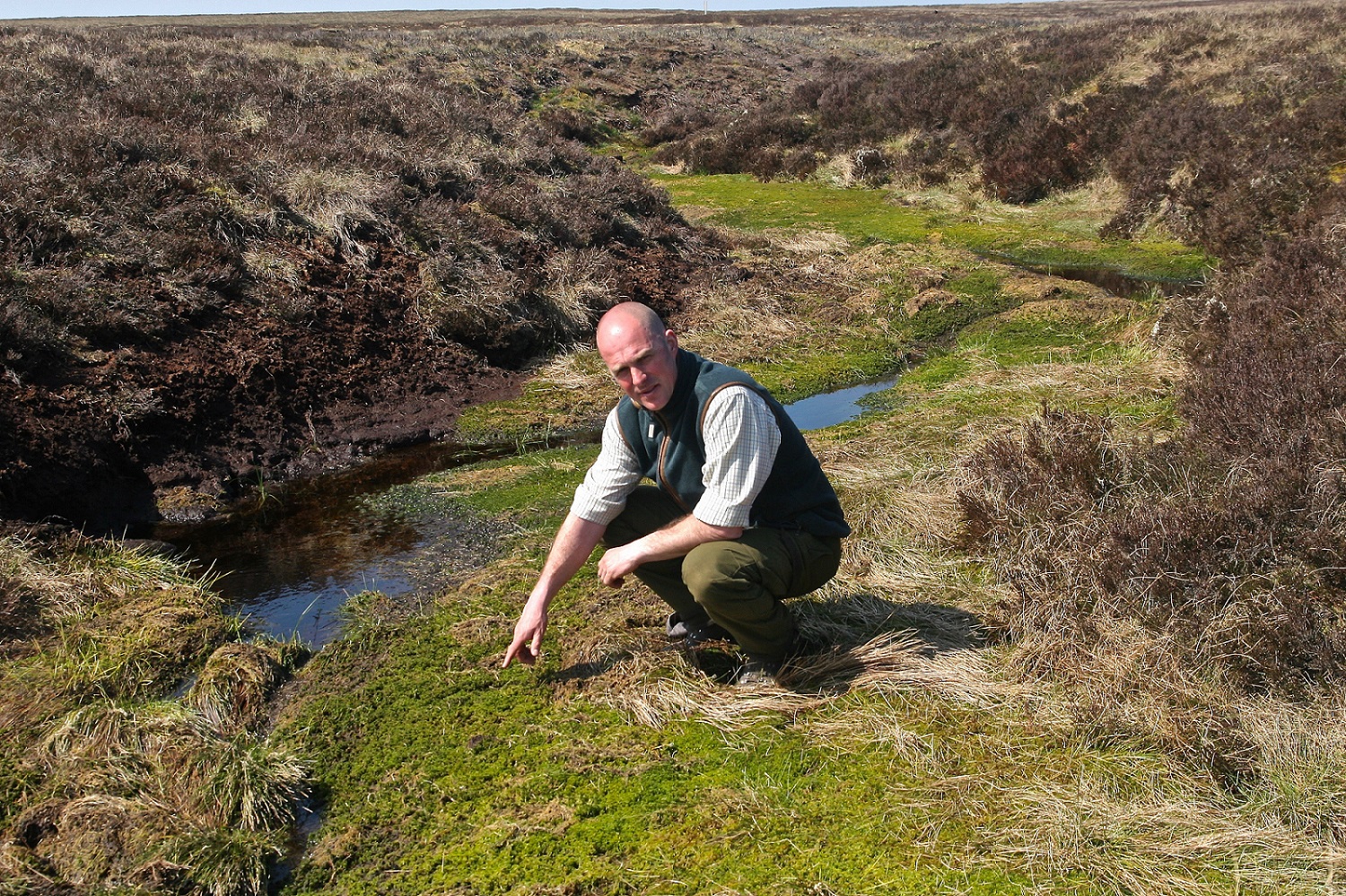 Estate owners and gamekeepers are stepping up their efforts to help Scotland meet its climate change targets.

And as the grouse shooting season draws to a close, rural communities have launched a new ‘#PreciousPlaces’ campaign to highlight the environmental, social and economic benefits delivered year-round by moorland managers.

Healthy and well managed peatlands are a key part of the Scottish landscape and are an internationally important wildlife habitat, home to rare birds, mammals and plant species. They also help improve water quality and play a vital part in reducing flood risk.

Estates across the Tomatin, Speyside, Grampian, Loch Ness and Southern Upland areas have been leading the charge to repair degraded peatlands in order to enhance their carbon storage capacity.

Estates undertaking peatland restoration projects include The Hopes Estate in the Lammermuir Hills,

Alvie and Pitmain on Speyside, with extensive peatland restorations completed on Garrogie and Corriegarth in the North of Scotland.

Projects have also taken place on Farr and Glenmazeran in the Monadhliaths. Members of the Grampian Moorland Group that have undertaken peatland restoration projects include Invercauld and Candacraig, as well as Mar and Glenfeshie in the Cairngorms.

Spanning 2,200 hectares, most of which is open hill and moorland, The Hopes has been heavily involved in intensive peatland restoration activity, working with the Scottish Government through the Scottish Natural Heritage (SNH) Peatland Action Fund. The project was to restore the peatland on two previously unmanaged sites, covering an estimated 50 hectares in total.

This has enabled the regeneration of large areas of blanket bog, rich in sphagnum moss, the main peat forming species. This peatland restoration will ultimately allow for higher levels of carbon capture.

“We wholeheartedly support the Precious Places campaign, as moors play a crucial role in all our lives by providing multiple benefits for people and nature. When healthy, they ‘lock-in’ carbon to help combat climate change, support biodiversity and safeguard rural jobs.

“I see estate owners, managers and gamekeepers as custodians of that space. We are committed to carrying out vital conservation work across Scotland’s moorlands by implementing climate change measures to help preserve important moorland habitats and save our beautiful Scottish landscape for generations to come – this will only be achieved by pro-active management.”

“Scotland’s grouse moors are special and precious. Degraded peatland was mapped in the Cairngorms National Park and two sites at Invercauld were estimated to be emitting a total of 2,134 tons of carbon dioxide equivalent a year. Once the peatland restoration work is complete it will make a huge contribution to the overall level of carbon capture across Scotland’s grouse moors.”

Dee Ward, owner of Rottal Estate in Angus, has completed a tree planting project and is due to undertake a major peatland restoration project in Spring 2020. He said:

“We have planted over 200 acres here at Rottal Estate, totalling 122,000 trees, mainly native broadleaves and Scots pine. By doing this we hope to deliver carbon capture, flood mitigation, and biodiversity.

“We work closely with the RSPB and we strive to maintain a balance so that we have specific habitats for waders, moorland for black and red grouse, and woodland areas. Next year there will also be a major peatland restoration project here, covering about 40 hectares.”

Since 2012, over 19,000 hectares of degraded peatland have been put on the road to recovery with funding provided by the Scottish Government through the Scottish Natural Heritage Peatland Action Fund.