Scottish honey producers are working in partnership with grouse estates to enable bees to feed on the prolific flowering plants on moorland in several parts of the country.Estates in Tayside, the Angus Glens and the Lammermuirs work with beekeepers who position their hives on the moors every August and September. This is an important means of support for small local businesses.

Now Tomatin Moorland Group has commissioned a short film, A Bee’s Life on the Moor, which shows the successful partnership between the Tomatin estates and a local honey producer, Struan Apiaries. 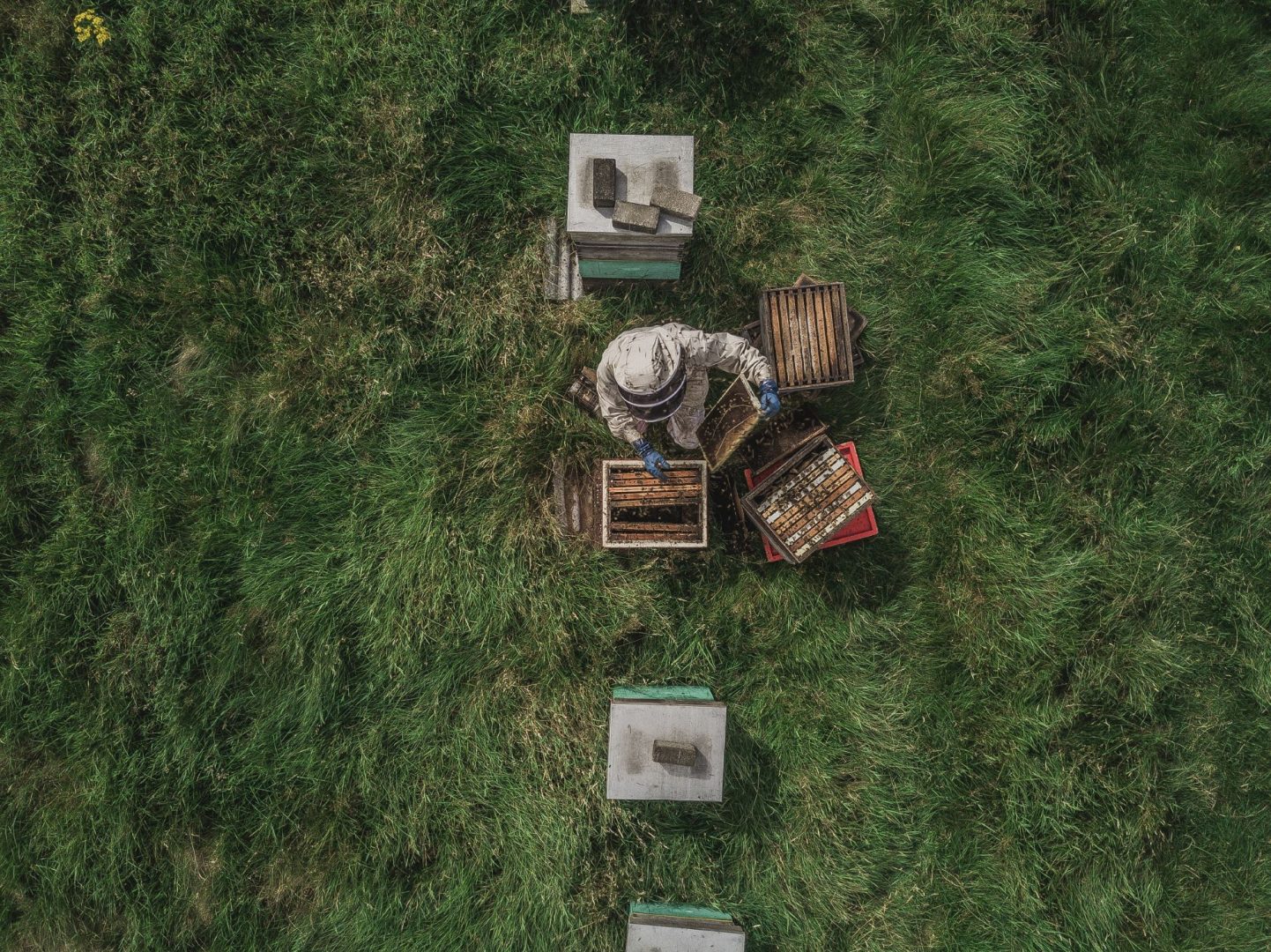 Nigel Robertson of Struan Apiaries has 500 hives feeding on the heather at several estates in Tomatin. He moves his hives onto the grouse moors every summer and says the use of the moorland is crucial for his business.

“Managed heather is perfect for honey bees – young heather is great for the bees to forage on as the flowers are soft and don’t damage their wings. A well-looked after grouse moor is an ideal territory for bees. Heather honey is my best-selling product. I wouldn’t get the kind of crop that I do if I didn’t have access to a managed grouse moor, because there wouldn’t be the same percentage of young heather as a guaranteed source of food. Our business wouldn’t survive if I did not have access to these estates,” Mr Robertson said.

Calum Kippen, a gamekeeper at Clune & Corrybrough Estate, a member of the Tomatin Moorland Group, said: “Our land is managed mainly for grouse. Heather needs to be burnt regularly to kill off the old plants and encourage new growth. Muirburn provides a favourable habitat for grouse and other ground nesting birds. The bees also thrive on young heather.”

Mr Kippen continued: “There are 13 different species of bumble bee on Scottish moors, separate to the honey bees. Seven of these are common types and there are five or six scarce species; most of the common species live happily on moorland in Scotland. Wild bees feed on the cowberry initially in June; then blaeberry flowers and bell heather, then the ling or common heather in August and September. The heather has to be pollinated and managed moors are a great place for bees to feed undisturbed.

“Some of the estates in Tomatin have hosted hives on their land for the past 25 years and it adds another layer of biodiversity to the work that we do. We are delighted to work in partnership with local honey producers and it is exciting from our point of view that we can play a small role in creating a Scottish food product that is in demand around the world.”

Struan Apiaries, based in the Ross-shire village of Conon Bridge, is pushing into new markets for quality honey products, with increasing sales both in Scotland and in the rest of the UK, Belgium, Holland, South Africa and the USA.

Depending on the weather, the firm can produce as much as 30 tonnes of honey annually, though this figure can fall to just six tonnes in a poor year.

Nigel Robertson continued: “On the moor the hives are safe – people do steal our hives sometimes but they don’t steal them from the grouse moors. Scotland is renowned for its heather honey and tourists want to buy something distinctively Scottish. It’s a natural product – the moors have stayed the same for thousands of years, which enables the honey to be pure and natural.”