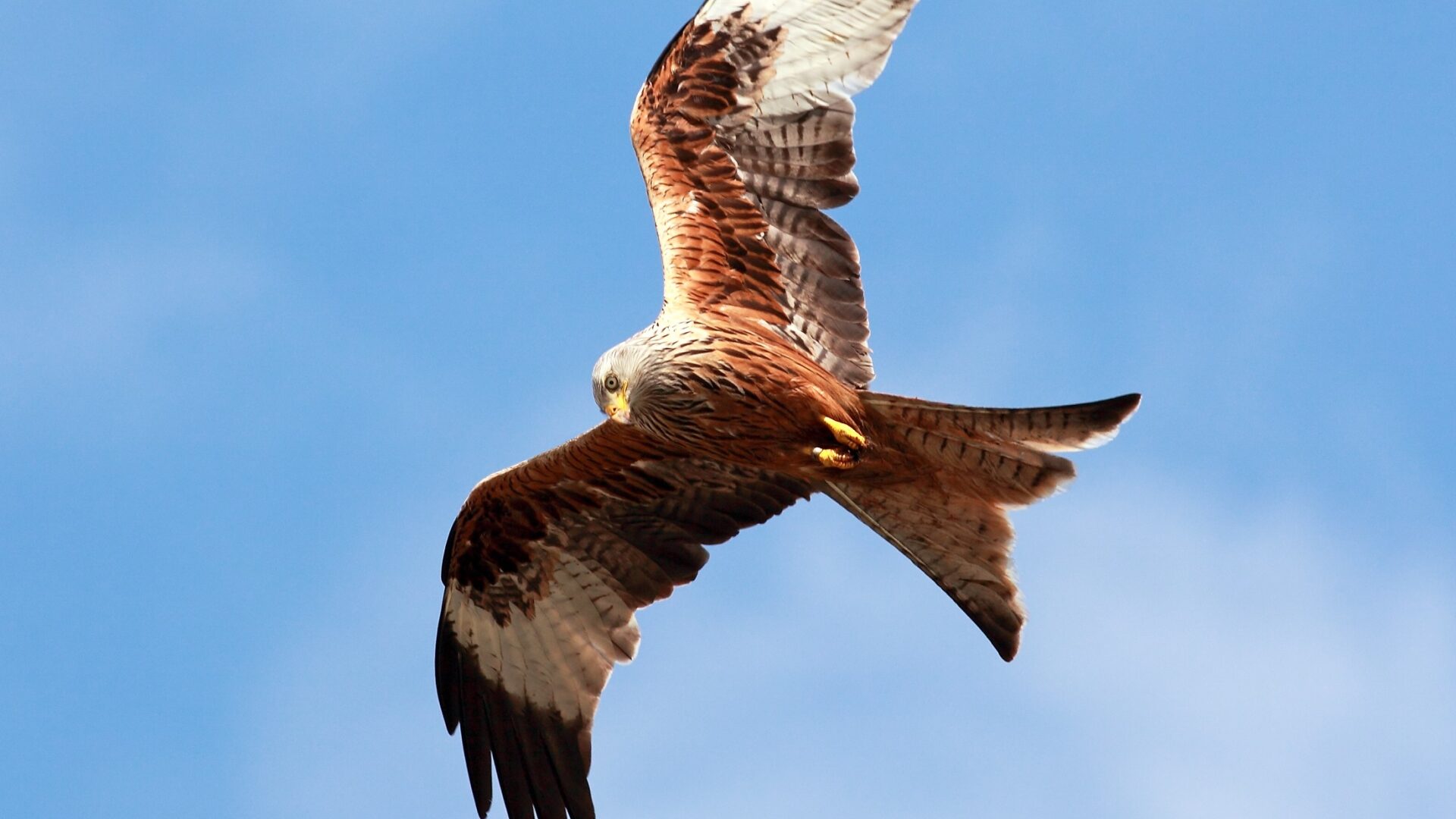 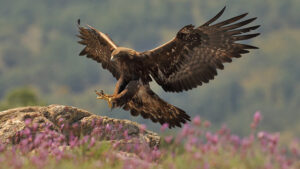 This year there have been numerous success stories for birds of prey on and around Scottish grouse moors. These examples demonstrate the clear advantage of active moorland management.

Glenavon Estate, home to three pairs of Golden Eagles this year, has recorded one of the highest nesting sites in Scotland. One of its Golden Eagle chicks has been satellite tagged for the first time in recent years. Golden eagle chicks have also been tagged on the Glenlivet Estate and Mar Lodge Estate.

Three golden eagle chicks have also recently been ringed as part of long-term monitoring on Balmoral.

In a separate development, the South of Scotland Golden Eagle Project, in which Scottish Land & Estates is a partner, continues to carry out ground-breaking translocations, in order to address the low number of Golden Eagles in the south of Scotland.

The resilient population of Golden Eagles on sporting estates in Highland Scotland has enabled birds to be translocated to both the Scottish Borders and Dumfries & Galloway. It is hoped that these birds will form a viable population for future generations to enjoy.

A Sea Eagle chick has hatched on the Balmoral estate for the first time in around 200 years. The chick is the first offspring of a breeding pair which has been observed on Balmoral since at least 2019. The North East Scotland Raptor Study Group ringed the chick in order to gather data on its territory and behaviour.

Sea Eagles, also known as White-tailed Eagles, were extinct in Scotland in 1918. Since being reintroduced in 1975, the national population has gradually expanded to the current estimate of around 130 pairs.

Scotland hosts the majority of the UK population of Hen Harriers,. Although still rare, there are many encouraging signs for the species.

Mar Lodge, which has significant areas of native woodland, hosted six Hen Harrier nests this year, five of which have chicks. Two Hen Harrier chicks have been satellite-tagged in collaboration with the RSPB.

Not far away on a driven grouse moor in Aberdeenshire, a nest of five Hen Harrier chicks fledged and were ringed. This was supervised by a highly experienced Raptor Study Group member and recorded by a monitoring camera over several weeks.

This cooperation is a legacy of the Heads Up for Harriers project, which kick-started the joint working between estates and conservation bodies from 2015 onwards. Private landowners are able to make decisions quickly  to protect the rare birds which nest on their land.

These many positive developments from the north-east are not the only good news stories in Scotland in recent weeks.

One group of twelve moorland estates recorded more than 360 raptor sightings over the summer. Not surprisingly the majority were Buzzard, which are present on most moorlands in very healthy numbers, but there were also significant numbers of Kestrel, Red Kite, Merlin and Golden Eagle.

Keepering is the key element which helps ground-nesting birds to survive, as noted by the British Trust for Ornithology in its July report on Short-Eared Owls  “increasing areas where densities of ground predators are maintained at low levels” is a key factor for the species.

All of this good news provides a snapshot of the thriving and resilient population of birds of prey on managed moorland.

Despite vocal opposition, ironically from organisations which focus on birds of prey – grouse moors are the ideal environment for numerous rare and much-loved bird species.

Changing to an alternative land use will not boost their numbers, rather it would threaten the predator-controlled habitat which is the best strategy to achieve continued success.