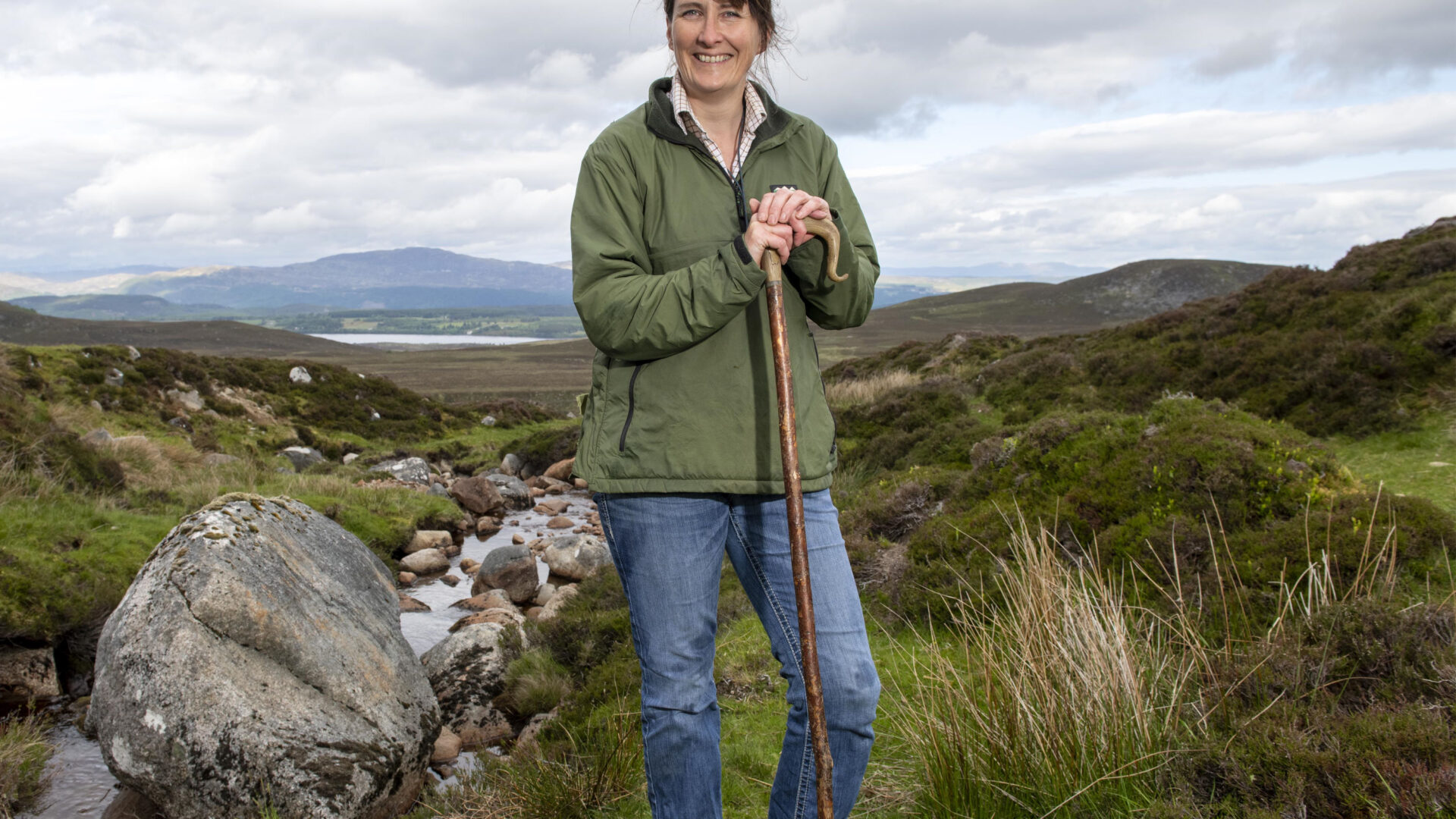 Jenny McCallum, from Loch Ness Rural Communities, writes in the Mail on Sunday on her hopes that politicians will Support Moorland Life and recognise the great green work that is happening.

At last, we have been able to savour the splendour of rural Scotland over the past week or so.

As the sun shone (at least on most of us for much of the time) we could take a moment and count our blessings.

Magnificent landscapes, wonderful wildlife and communities showing signs they are ready and raring to go as we pick up the pieces.

All these things amount to the bedrock of our lives in the more remote parts of Scotland. We love it but what is worrying rural people is that our view of the world may be counting for less and less.

Only a couple of months ago a day of rural protest was held urging politicians to pay more attention to the hopes, fears and dreams of those in rural Scotland. It drew an encouraging response from politicians saying how keen they were to listen.

Fast forward and we now have the SNP-led Scottish Government and the Scottish Greens immersed in discussion about how they may exercise their electoral power in some sort of pact. On the face of it, there should be something there to celebrate. A greener Scotland is not only something we can all support but many of us work towards every day. And in the year of COP26 in Glasgow, demonstrating our green credentials is no bad thing.

But, as ever, there is something lurking not far beneath the surface and it fills me – and many other rural workers – with dread.

The Scottish Greens have got Scotland’s moorland – and the people who work on it – firmly in their sights and there are plenty of voices within the SNP happy to go along with that. For them, moorland just means grouse shooting and that’s a no-no.

The Greens would happily see the end of driven grouse shooting and the Scottish Government plans to licence it within the next year. Many people across Scotland may well agree with either approach as it is of little or no relevance to daily lives in large towns and cities.

But what disturbs me most is the almost frenetic clamour to take action against something in the name of conservation and environmentalism that actually already delivers so many environmental and conservation benefits.

Take the environment for example. We are lucky that around 75% of the world’s remaining heather moorland is in the UK and a very large chunk of that is in Scotland. The blooming purple heather is indeed a tremendous sight – but it doesn’t happen by accident. A great deal of it is kept in good shape by gamekeepers. I can hear the roar of disapproval now of those who think that burning heather to rejuvenate it – or muirburn as we call it in Scotland – is bad for the environment. Burning heather carefully in a controlled way brings it back to life and also helps prevent an even greater environmental threat: wildfires. The Scottish Fire and Rescue Service acknowledges that muirburn actually prevents the threat of wildfire but any neutral voice is put to one side.

Carbon emissions from moorland are a tiny fraction of what is emitted from other land use across Scotland and the multitude of peatland restoration schemes that have been completed or are underway to help carbon capture should be acclaimed – except it’s not by those who tell us we’re all doomed unless we get a grip of, you’ve guessed it, carbon capture.

I have a great deal of empathy with those green activists who worry that our efforts on tackling carbon capture are focused too heavily on planting trees. Farmers in upland areas, at times may struggle to balance the books and in a bad year the incentives to plant trees, which are at present plentiful, could look attractive.

But a balance should really be struck. Trees in the right place are a plus but we should think very carefully about what that will mean for our landscape. Yes, more woodland will mean more woodland birds. But that would mean less moorland birds, such as golden plover, lapwing and curlew – some of the country’s most endangered species which thrive on this habitat. Biodiversity is about having lots of different niches, not robbing one habitat to promote another. The real carbon footprint of our diet should also be considered, healthy meat and game from the hills must be better for the Scottish consumer and the planet than a lentil shipped from Canada or beans from Morocco!

Many moorland estates that have carried out bird counts have demonstrated that they have around 100 different species on their land. I have a keen interest in the golden eagles in the north of Scotland and a number of local estates near Loch Ness are actively engaged in a project to reintroduce this iconic bird to the Scottish Borders. Eagle numbers are generally doing well in Scotland, buzzard populations are at an all-time high and there is a lot of work going on to help keep building hen harrier numbers. Scotland has the highest number of harriers in the UK but much more can be done.

It all adds up to a rich array of bird species which thrive in these habitats. Add to that the multiplicity of plants, insects and other wildlife and you have a biodiversity success story which we should all enjoy.

So are people in moorland communities all paragons of virtue who are just desperately misunderstood by an ill-informed outside world? Of course not.

As in all walks of life, there are improvements in environmental practices that can – and should be – adopted as we live and learn. The management of moorland is no exception and what was acceptable stewardship 50 years ago has changed. And, yes, there is the blight of raptor persecution. It is small in scale but large in impact and has no place in our world today.

Scotland’s moorland communities are delighted when people share in the many joys that moorland gives us. We are now coming to the end of the breeding season for ground nesting birds where care has to be taken not to disturb the young. We hear a great deal about eco-tourism and how our moorland could play a bigger part in that. I agree and look forward to our local tourism businesses getting back on their feet. Beyond that, in the autumn and early winter, the vast majority of visitors to moorland areas are those who are shooting – which gives businesses a massive boost at an otherwise difficult time of year.

All this makes up the rich tapestry of life around moorland and I’m proud to be part of a new initiative called Support Moorland Life. People from moorland communities across Scotland are writing to our recently elected MSPs inviting them to recognise the benefits we bring to the environment, wildlife and communities and to come and see for themselves.

Scotland’s moorland should not be a battleground. It is a precious landscape for all of us to enjoy – after all most of us are green at heart.