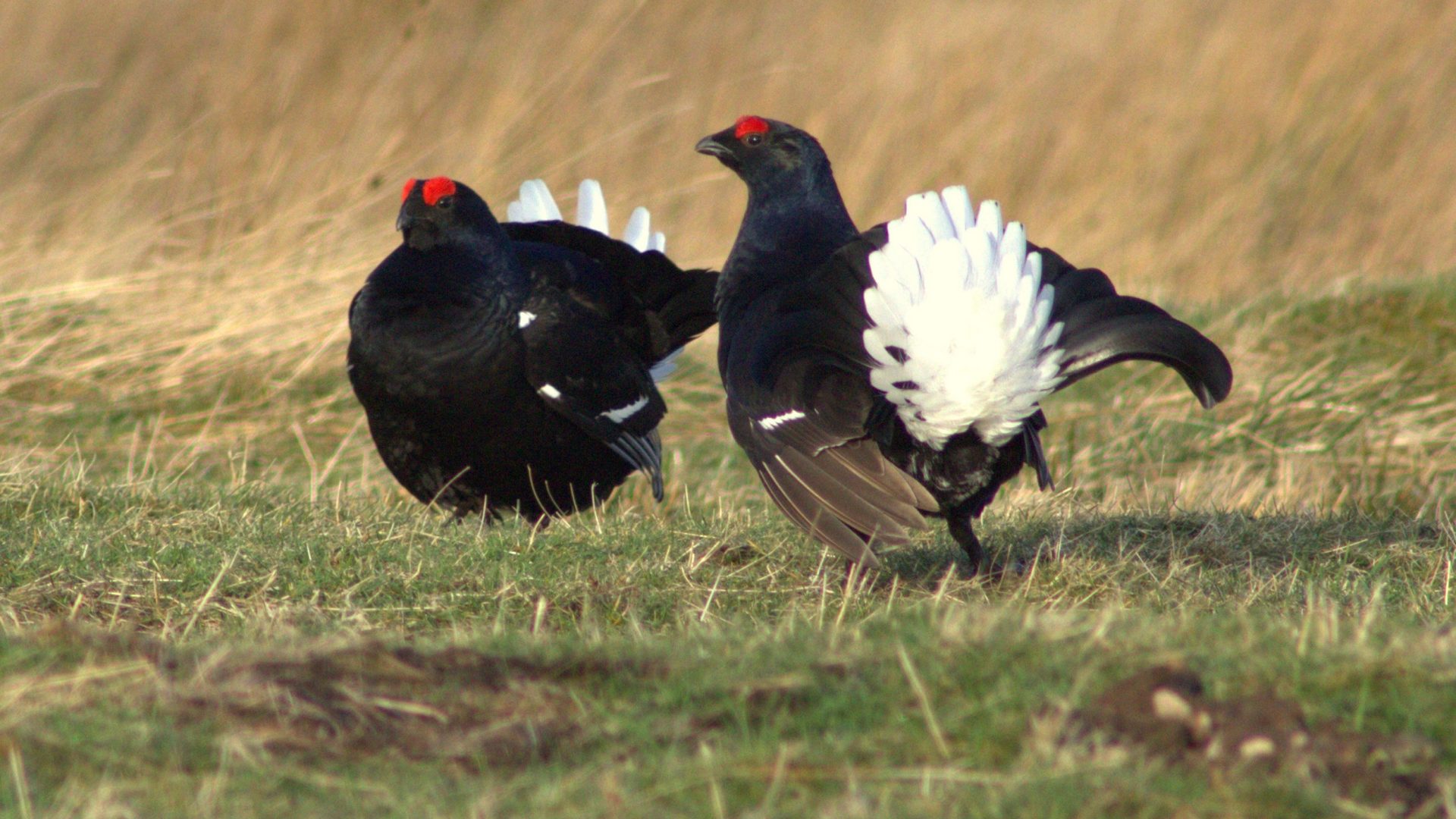 Despite alarming population declines across the country as a whole, endangered black grouse are thriving on managed Scottish moorland, with seven estates in the Angus Glens counting almost 900 birds this spring. The population of these birds has increased over the past 15 years in this part of Scotland, although falling elsewhere.

Black grouse are in serious decline across many parts of the UK such as the south-west of Scotland, leading to them being designated as a ‘Biodiversity Action Plan’ species. However, some upland areas such as Perthshire and the Angus Glens are bastions for the birds.

Seven of the estates which make up the Angus Glens Moorland Group and the Grampian Moorland Group have recorded 872 black grouse in total this year. Glenogil Estate and Dinnet Estate are among those which have seen a good number of active black grouse leks (breeding sites) in recent weeks, with the number of birds recorded equal to previous years.

In 2005 a study of black grouse across Scotland found that there were 3,344 lekking males in total – the Angus Glens population is therefore of huge significance as a stronghold for this species.

Previous research has found that the number of black grouse leks on a driven grouse moor was double the amount found on a moor where gamekeepers were not employed.

A ‘lek’ is the spectacular display of the male of the species to attract the interest of the female. The peak period for lekking is from April to the end of May.

“This year we counted 109 males on 15 lek sites, which is on a par with previous years. We record the number of birds at the same sites and at the same time each spring, to make sure our conservation strategy is working.

“We know the sites where the male birds will come and lek and we ensure that they are not disturbed in the breeding season. The estate has a huge expanse of moorland and grassland and no commercial forestry, so the black grouse can range over a wide area and are less likely to be attacked by predators. Rotational heather burning, removal of bracken and predator control are the main activities which help our moorland birds.”

“The male black grouse gather at their leks, often at dawn, to display for the females, ‘greyhens’, who will select their mates.

“On still mornings black grouse leks can be heard from over two miles away. The conservation work undertaken by moorland managers year after year ensures that these are among the last remaining areas where black grouse can live and breed successfully. It’s a joy to be surrounded by so much wildlife.”