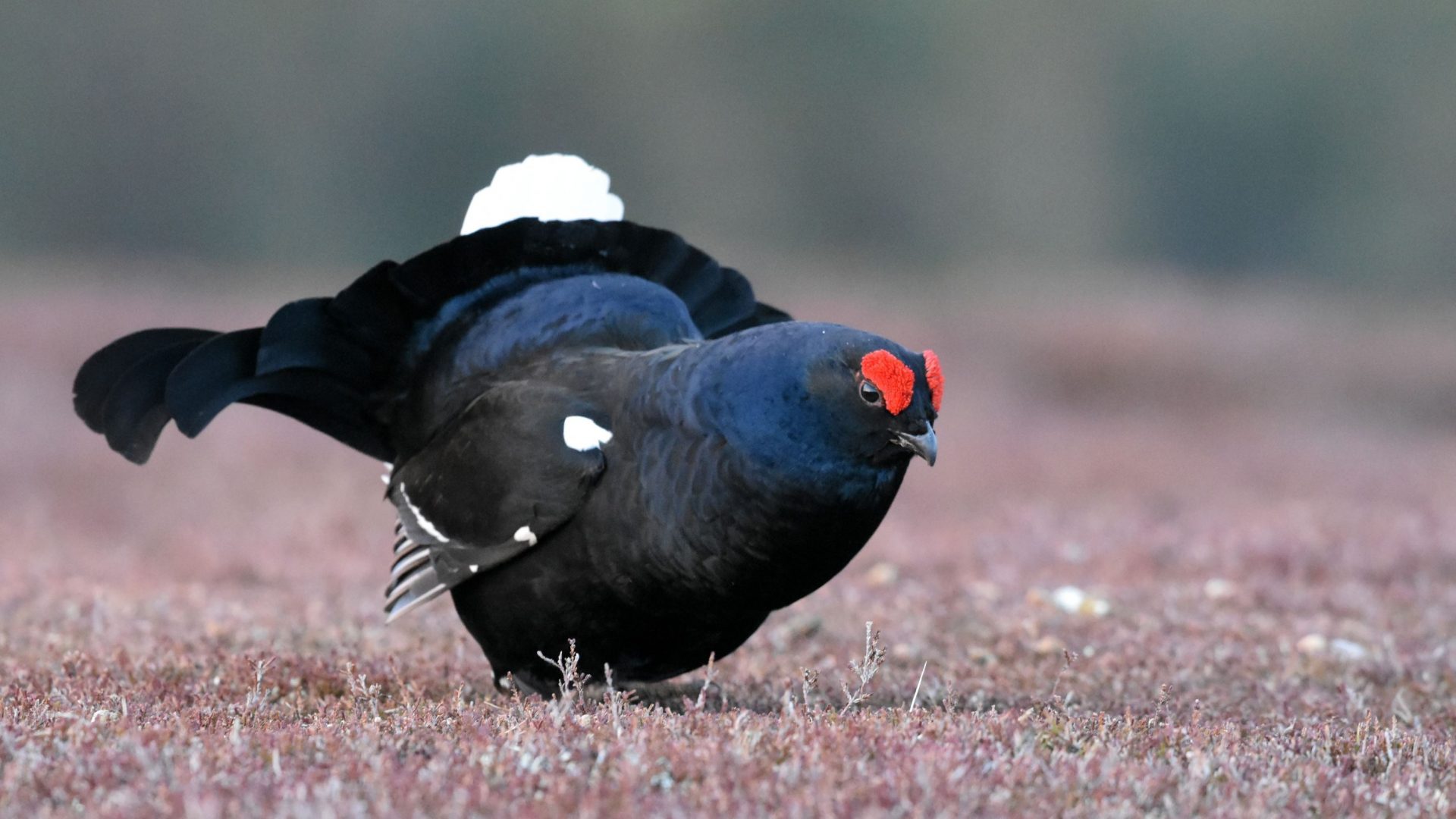 Black grouse were once a widespread, annually harvested species throughout southern Scotland. However, after the First World War black grouse populations began to decline and by the 1970’s few birds were shot. This coincided with the growth of conifer plantations, as government encouraged landowners to grow more trees to provide the country with timber. Black grouse numbers declined so considerably in the UK that the species became red-listed for high conservation concern. Populations across Scotland declined by up to 69% in the ten years preceding 2005, with the largest decline in the south west. In light of falling numbers, black grouse was included in the Species Action Framework in Scotland as a species for conservation action, especially for the south of the country.

Black grouse prefer a mix of moorland and young forested areas, both conifers and broadleaf trees. The woodland provides cover and food and moorland gives the males space to perform during lekking season, as well as places to breed within the low scrub and a good source of food. When the forested areas mature and the canopy closes up, black grouse numbers have been shown to decline and as more forestry is planted and the mosaic of habitats are lost, so too are black grouse. Patches of moorland need to be connected to ensure males can disperse and find new lekking habitat and continue genetic diversity.

The latest research into the populations of black grouse in the south of Scotland shows a continual worrying decline (Warren et al., 2020). Warren and colleagues at Game and Wildlife Conservation Trust showed that the abundance of males fell from 70 to zero in the southwest and from 340 to 44 in the southeast between 1989 and 2018, stating that 82% of leks were no longer occupied. The leks which were abandoned (referred to as extinct), were in areas with more conifer woodland, whereas leks still used by black grouse were in areas of grassland and moorland habitats. New planting of native trees, along with sufficient moorland area (at least 200ha) can provide favourable habitats for black grouse.

While there is a worrisome decline in the south of Scotland, in the north of the country, in Deeside and the Perthshire hills, black grouse populations are looking considerably healthier. Here populations appear to have benefitted from the management of the moorland for red grouse. The number of leks has remained consistent for the past five years (2014-2019) and the number of males show an increasing trend since recording started in 2002/2003 (Warren and Hesford, 2020). Gamekeeping correlates with improved populations of black grouse, where management keeps down predator numbers.

The link between a healthier black grouse population and management for red grouse suggests that future conservation measures would be best placed in areas where gamekeepers are actively controlling predators. The current push for further tree planting throughout Scotland will put mounting strain on the dwindling populations of black grouse as moorland is lost. While trees are essential in our fight against climate change it is vital that planting efforts are ideally placed and that a resilient mosaic landscape is retained as much as possible, with connected areas of managed moorland and native woodland. There are some difficult land use decisions to make. With both biodiversity and climate change mitigations being at the forefront of these decisions, it is important a balance is achieved.