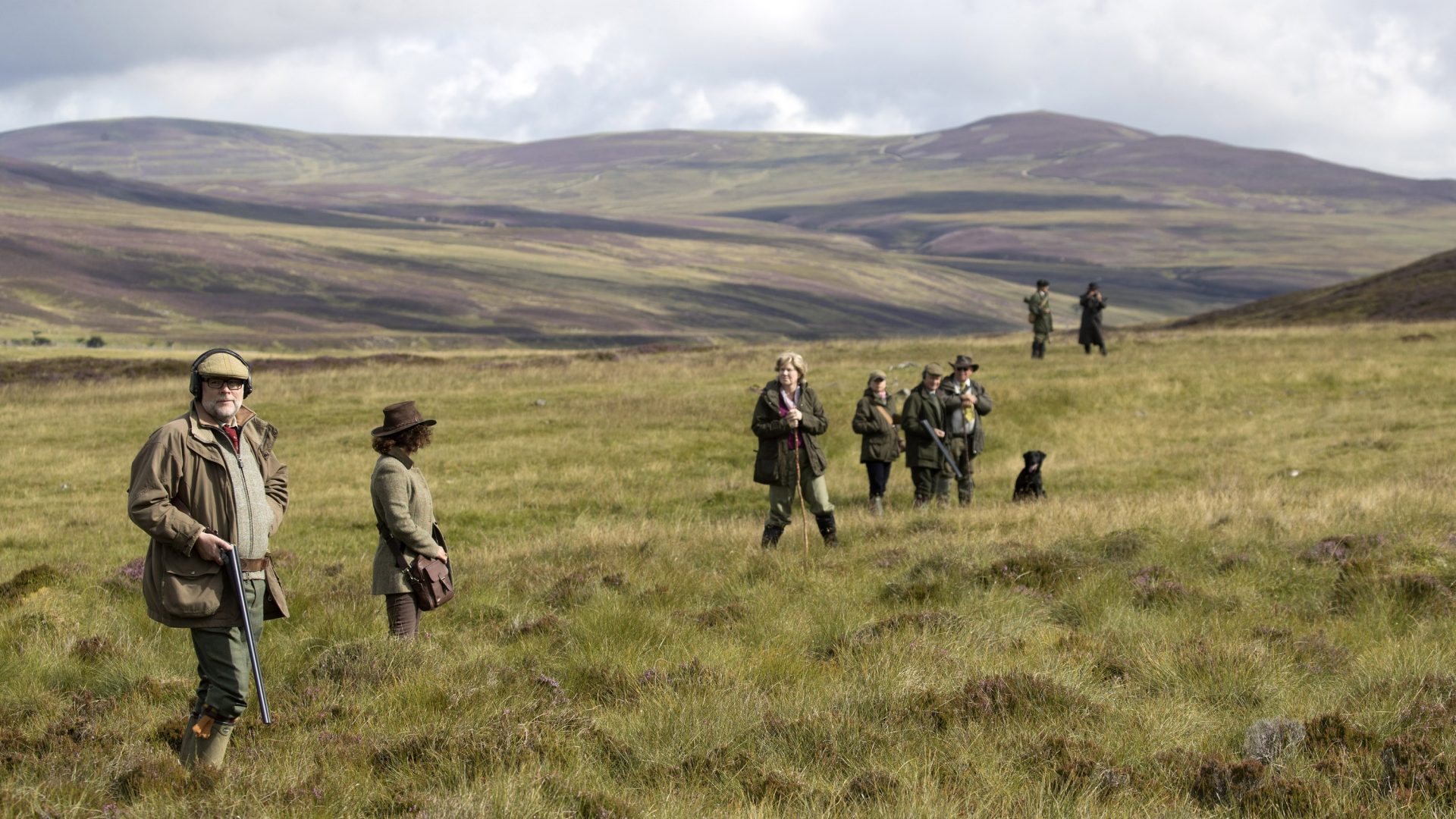 Scottish estate owners are cautiously optimistic that this year’s grouse season will show an improvement on last year’s wash-out, with demand from domestic and international shooters remaining strong.

Around 60% of visitors come from England, 10% from within Scotland and 30% from overseas – primarily the USA, Denmark, Belgium, Holland, France and Spain. New markets are opening up in China and India.

The grouse season in Scotland, which runs for 16 weeks from 12th August until 10th December, is estimated to be worth £32m to Scotland during a good season. Sporting shooting supports 11,000 full time jobs in Scotland, of which 2,640 are in the grouse sector.

Robert Rattray, head of Ossian, Galbraith’s Sporting and Leisure Division, and one of the country’s leading experts on field sports, commenting at this year’s Scottish Game Fair, said:

“Last year’s cancellation of grouse shooting programmes right across the country still resonates with many of us. We are hoping for a much better season this year.

“Estates quite rightly have only committed to modest programmes at this stage, and we are hopeful if counts are promising, that more days will become available as the season unfolds. Grouse counts will start in earnest shortly and once these have taken place, we will have a much better idea of prospects.

“The good news is that demand from shooters continues to be as high as ever. We have a full book already and still have many parties looking, including those who had their programmes cancelled last year who are doubly keen to be in Scotland this year to shoot grouse.”

Tim Baynes, moorland director of Scottish Land & Estates, emphasised the season’s economic importance to Scotland: “The grouse season – while short – is a great asset to this country and delivers huge benefit to the economy.

“In particular, rural jobs depend on a good season. We know that the impact is much greater than the direct employment of keepers, land managers and seasonal workers. A whole range of businesses, from shops to hotels, restaurants, pubs and car hire services are boosted by grouse shooting. Millions of pounds are spent by visitors who come here for grouse.”

One of the many hotels hoping to bounce back from last year’s poor grouse season is the Cairn Hotel in Carrbridge, Speyside. It witnessed multiple group bookings cancelled, accounting for more than 200 bed nights and resulted in a significant loss of revenue.

Gareth Paschke, owner of the Cairn Hotel, said: “We are still hearing gamekeepers in our area saying that they are being a little bit cautious and limiting some shoot days at this stage to allow for a sustainable stock of grouse. That said, we have already taken a number of group bookings for this season – a mix of domestic and international visitors including groups from Switzerland and France who are as keen as ever to enjoy Scotland’s iconic country sports.

“My gut feeling is that bookings will pick up fairly quickly towards the start of August for later in the season around the end of September and into October, when estates have finalised their programmes. We managed to re-book most of the rooms we lost out on to last year’s poor grouse season however, most of the rooms were booked for one or two nights as opposed to being part of a group booking for four nights, so it was a lot less profitable overall.

“I am confident this will be a far better grouse season than last year for our hotel trade as gamekeepers, beaters and estate staff will also visit to enjoy meals and drinks at the bar. A good season also supports the wider community with sporting groups enjoying local produce and days out in the area.”

Mr Baynes added that conservation by moorland managers is increasingly being recognised: “A good season on any moor is invariably the result of years of investment by the landowner. Specialist moorland management including muirburn, predator control and measures to reduce the number of ticks, which carry disease, offers rewards in terms of a healthy and sustainable stock of grouse. It also results in the creation of favourable habitats for other moorland birds, including lapwing, curlew, golden plover, black grouse and oystercatcher, which thrive on grouse moors.”

The SCSTG’s ‘Game for Growth’ strategy aims to increase the value of country sports by £30 million by 2020 – bringing the total to £185 million.