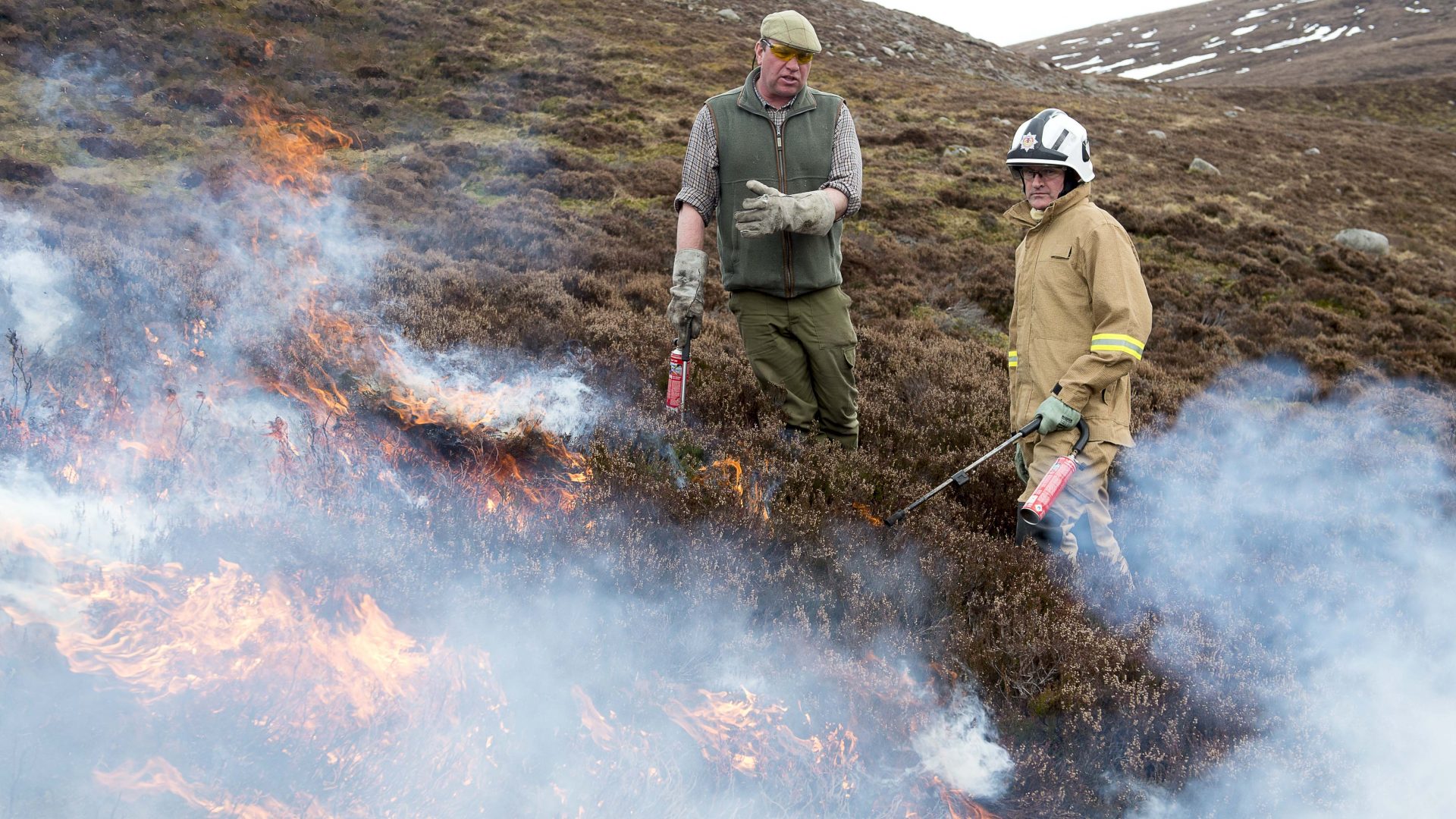 International wildfire warning systems should be replicated in Scotland

Calls for the increased use of controlled burning approach to combat wildfires is backed by the experience of this year’s muirburn season, Scottish Land & Estates has said today.

Scottish Fire & Rescue Service (SFRS) said last week that it was to trial the greater use of controlled burning next spring after gathering evidence on the practice internationally.

The muirburn season has now officially ended, with no reports of wildfires caused by muirburn on Scottish grouse moors, due to the skills and equipment used by gamekeepers.

The controlled burning practice advocated by SFRS is the same as the rotational strip burning employed by gamekeepers undertaking muirburn in the traditional manner on sporting estates.

“There are many misconceptions about muirburn but the fact that Scotland’s fire service is now looking to introduce controlled burning next spring shows how important it is to adopt these methods and our members will continue to work closely with SFRS.

“The practice of muirburn has been established for generations and is conducted to the highest modern standards in accordance with methodology in the Muirburn Code, launched 18 months ago by the Scottish Government. Muirburn is based on sound science and we know from experience that wildfires will usually stop when they reach a managed grouse moor.

“This season we have seen several major wildfires in Scotland but we understand none of them were related to muirburn for grouse management.  Muirburn on grouse moors rarely causes wildfires and actually helps to prevent them.”

SLE said that a fire danger rating system, which is already in place in countries including the USA, Australia and Canada, should also be developed for the UK to define the likelihood of a fire starting and spreading, and the impact this may have upon nearby populations. SLE has written to the Scottish Government and James Hutton Institute offering support for separate projects to research this subject.

Iain Hepburn, head gamekeeper at Dunmaglass Estate, part of Loch Ness Rural Communities, and also a part-time firefighter with the SFRS, has in the past worked with firefighters to share best practice when it comes to tackling wild fires on moorland.

Iain said: “Controlled seasonal burning and cutting are effective methods to reduce the risk of damage from wild fires by providing breaks in continuous moorland cover and reducing the fuel load. A useful technique, known as ‘back burning’, enables the keeper to control a fire by lighting another in a strategically placed position which then burns towards the wildfire and in turn puts out both fires. This requires a lot of skill and knowledge and the practices we use can be shared for the benefit of fire crews and communities in rural areas elsewhere. We work continuously with Scottish Fire & Rescue Service to share knowledge and best practice and we look forward to this continuing for years to come.”

Around 50 gamekeepers went to help the SFRS tackle the wildfire in Moray last week, from as far afield as Grampian, Speyside, Tomatin and Loch Ness. The keepers brought specialist equipment to help the fire service extinguish the blaze.

A quick response from SFRS and gamekeepers with backburning knowledge also stopped a wildfire last week that could have spread on a huge scale on the banks of Loch Ness.