A typical day’s beating involves around 15 miles walking up arduous hills whilst taking direction from gamekeepers however, it is a great form of fitness, a social occasion and a way to make some extra pocket money and that’s why it’s being embraced by a wide variety of people, young and old alike.

Trevor Colbourne (aged 62), a retired London banker who now lives in Croachy, a small hamlet in the Scottish Highlands, is in his second season beating on estates within the Loch Ness Rural Communities moorland group. Having never been on a grouse moor before, Trevor was new to the sport and beating, but was keen to get involved in a sociable activity within his local community. 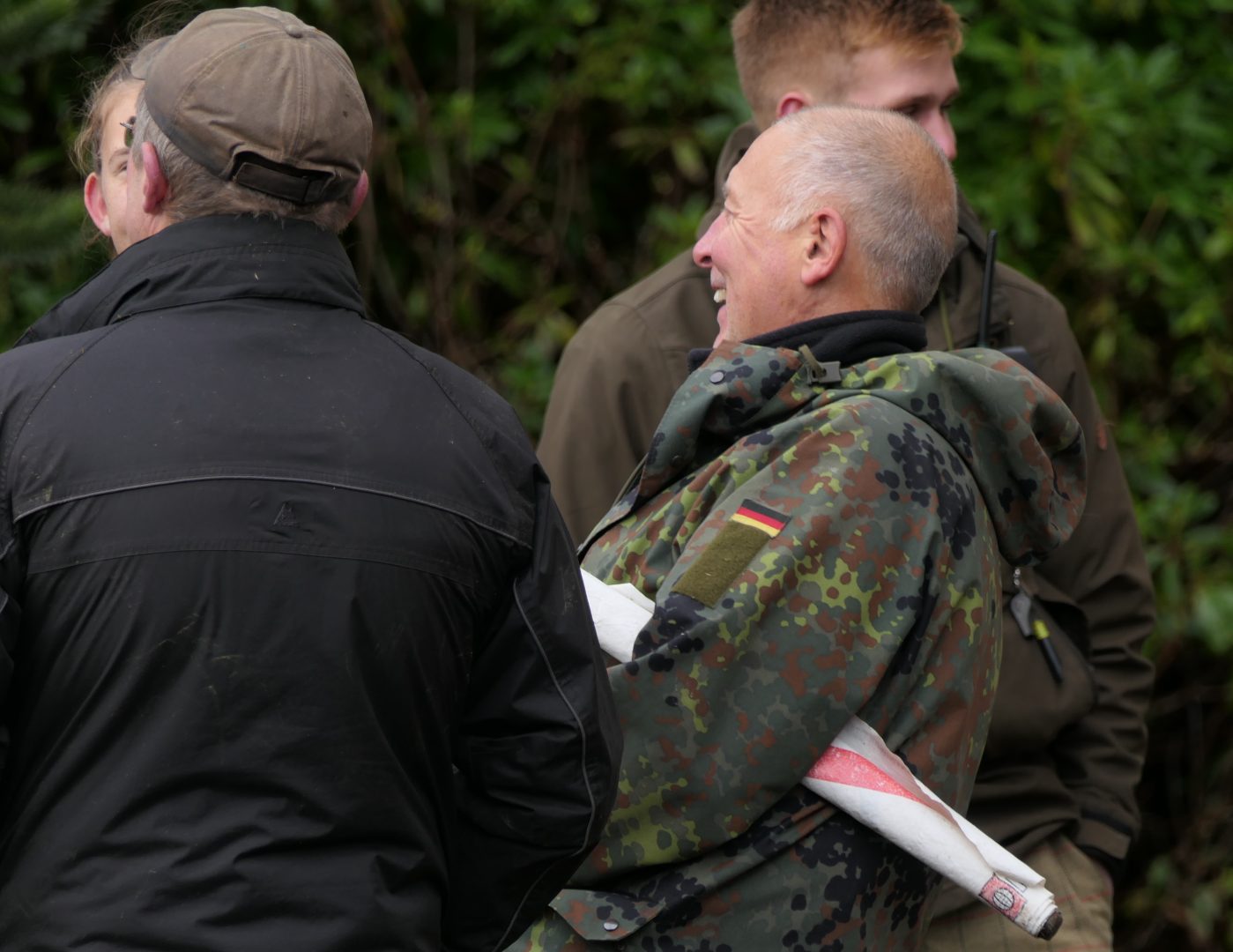 Trevor said: “It was whilst in hospital over ten years back I got chatting to a friend who was embarking upon a change of career and opening up a B&B in Inverness. My wife and I became his first ever guests and having fallen in love with the Scottish Highlands, we never looked back. Having been on the corporate treadmill for over 38 years, this new phase of my life in retirement differs somewhat.

“I saw a post online saying, ‘beaters wanted’ so I thought I’d give it a go. Aside the glorious scenery there are many reasons that attracted me to beating. The biggest draw for me was the teamwork, camaraderie and of course the humour. The wonderful ‘outdoor office and gym’ with very limited mobile coverage was also another selling point as well as the amazingly hard-working, enthusiastic and faithful dogs accompanying you on each shoot. The individual benefits are second to none but there is also a sense of contributing to the local economy which is hugely rewarding.

“I would encourage anyone to try it, people from all backgrounds take part together and no previous qualifications are required, other than being able to wave a flag vigorously, whilst walking in mostly straight lines as directed by the gamekeepers. A reasonable level of starting fitness is required and you mustn’t forget your sense of humour when gently being teased about how long it took you to scale that deer fence, or cross that bog.”

For the three young Anderson brothers from Kingussie, Badenoch in the Scottish Highlands, Jack (20 yrs) Ruaridh (17 yrs) and Fin (14 yrs), beating presents a fantastic family day out. Currently studying for a BSc (Hons) in Sports & Fitness at University, Jack the eldest has been beating since primary school with his friend, whose dad is a head keeper at Pitmain Estate, a member of the Speyside Moorland Group.

Jack, said: “Our family is not involved in the estates way of life and I hope to pursue a career in the leisure industry or teaching but beating is an activity for anyone regardless of your background. It’s a great form of exercise and you can earn as much money as a beater as you would do in other seasonal jobs in the local area. We feel very privileged to be allowed on to some of Scotland’s most beautiful estates and seeing all the wildlife living up on the moors is an added bonus.”

Jenny McCallum, of Loch Ness Rural Communities, said: “Grouse shooting is an incredibly exciting sport to be a part of and the scenery is absolutely stunning. The grouse industry is a life line for many young families and as such we have witnessed more young people getting involved in the sport be it shooting and beating. Beating offers a truly fantastic outdoor pursuit for people from all walks of life and of all ages to participate in.”

Recent figures from estates surveys across Scotland’s seven regional moorland groups show that over £23 million flows directly into local businesses in trade generated by estate activity, with the downstream spend in local businesses from mechanics to butchers to cafes and village shops generated from each estate being on average £500,000.

Furthermore, the Scottish Country Sports Tourism Group’s (SCSTG) ‘Game for Growth’ strategy aims to increase the value of country sports to the Scottish economy by £30 million by 2020 – bringing the total to £185 million.