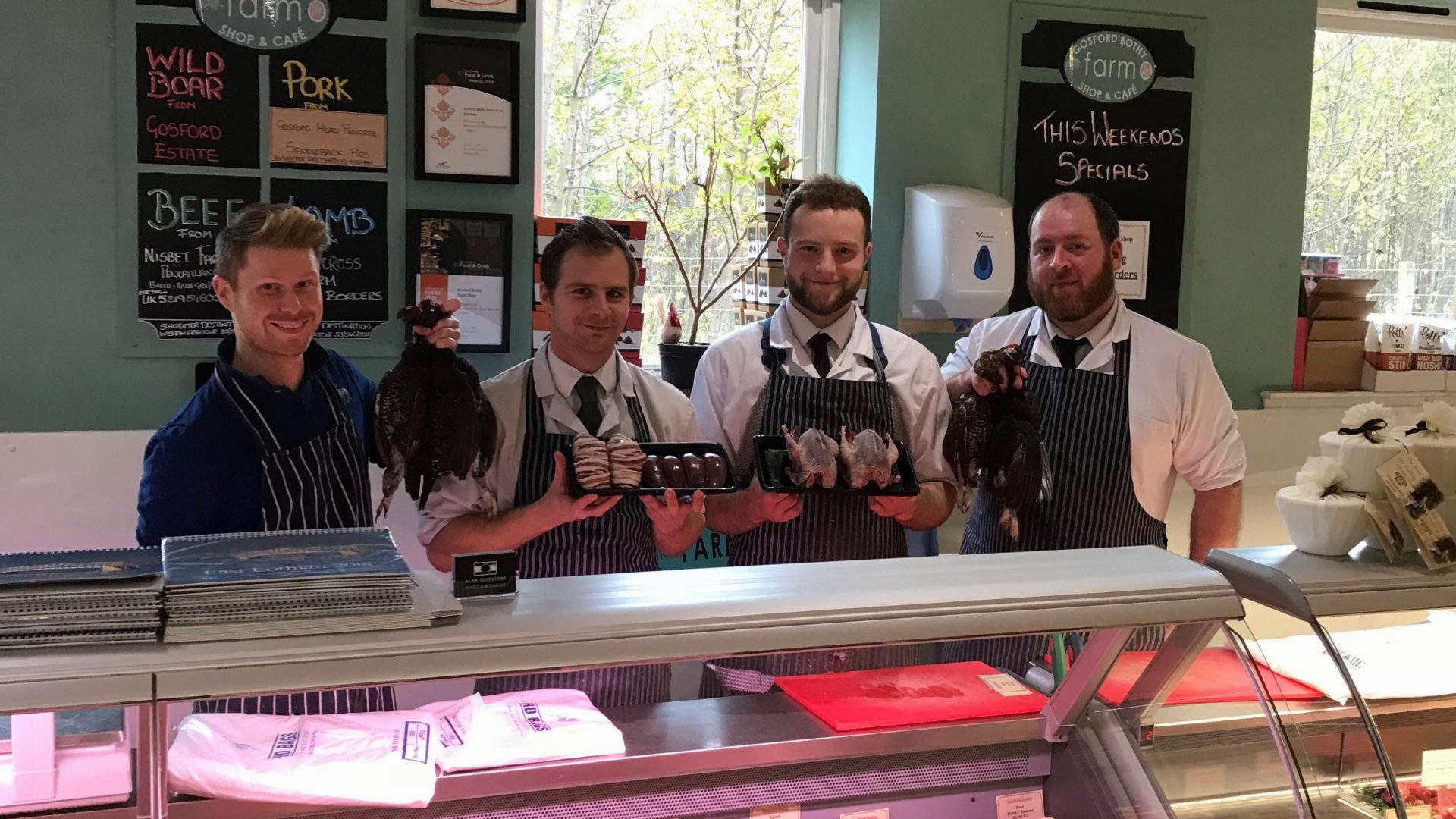 Scotland’s grouse shooting season ends this Sunday (10th December) after a successful season resulting in a considerable increase in the number of people consuming grouse both home and abroad.The awareness of grouse as a sustainable food source has greatly increased this season with hoteliers, top chefs and home-cooks choosing grouse as it is a delicious, healthy and affordable game meat alternative. 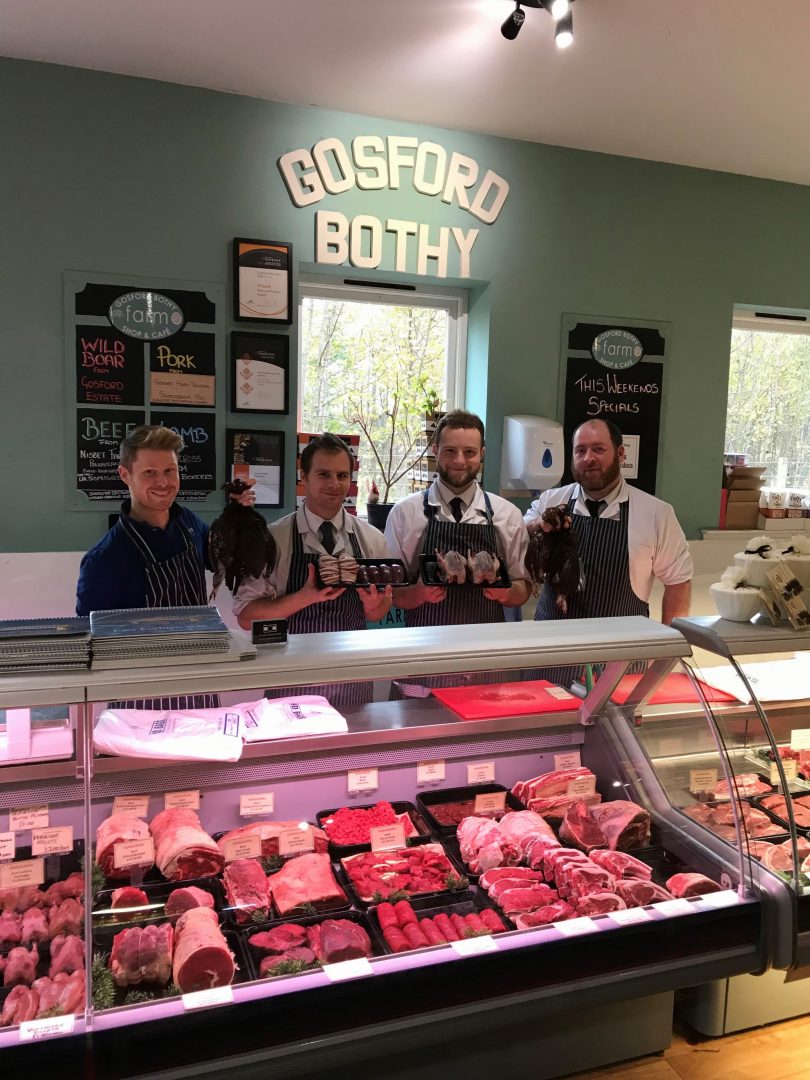 Among Scotland’s top chefs championing the use of grouse this season and making it a must-have dish on restaurant and hotel menus across the country are: Brian Grigor, Andrew Fairlie, Tom Kitchin, Martin Wishart, Nick Nairn and Mark Greenaway.

Brian Grigor, head chef of Michelin starred Number One at The Balmoral Hotel is passionate about cooking with grouse having grown up with both his father and grandfather being gamekeepers on grouse estates in the Lammermuirs. Each year he heads back to the moors on the 12th August to get the first grouse of the season to cook in his kitchen that evening.

Brian Grigor said: “I look forward to the start of the grouse season each year. Not only is it an occasion for me to engage in an activity that has been a way of life for my family for generations, but grouse is so popular that the restaurant is fully booked by customers coming to enjoy our grouse dish. Grouse is a low-fat healthy meat offering a rich flavour and it is fantastic to hear that more local hotels, restaurants and consumers are cooking with grouse.”

Commenting on this season’s grouse shooting, Robert Rattray of Scotland’s pre-eminent sporting agency, Galbraith Sporting Lets, said: “Grouse shooting in Scotland continues to attract a truly global clientele, with enthusiasts prepared to travel from all parts of the world to enjoy this most iconic of game birds. We have experienced particularly strong demand from Continental Europe and North America, no doubt in part, taking advantage of the favourable exchange rates. These parties are not only keen to enjoy the sport, but also to enjoy eating what is one of the finest culinary experiences, prepared by an increasing number of chefs and cooks at all levels who are helping to encourage the consumption of grouse as well as all varieties of game meat.”

This year’s prolonged season has increased the availability of fresh grouse being supplied to local butchers, farmers markets and game dealers, and grouse was also a top choice of game meat used on this year’s BBC MasterChef, with contestants creating show-stopping meals and demonstrating how easy it is to cook grouse, leading to a spike in consumer interest.

Ardgay Game, a family run game dealer in Sutherland in the Scottish Highlands, supplies grouse to outlets all over Scotland as well as London and Europe, and provides oven-ready birds and fillets to butchers, hotels and restaurant as well as offering an online purchasing service.

Leslie Waugh, owner and founder of Ardgay Game, said: “We have been processing and exporting wild game for over 35 years and this year we have really noticed a marked increase in the demand for grouse. Our sales of grouse are up considerably on last year as a result of the good season and the general public now becoming far more aware of the availability of Scotland’s natural game larder. We took delivery of 48 birds only last week, which is fantastic to get that amount of fresh grouse at the end of the season.

“There is also a large and growing international demand for Scottish grouse, with dynamic markets in Scandinavia and mainland Europe. Foreign customers want produce with provenance and quality at heart and Scottish game has exactly that.”

Bob Webster, owner of the Gosford Bothy Farm Shop, said: “Our butchers pluck and present grouse as ready-to-cook whole birds or fillets, as well as grouse breasts wrapped in smoked streaky bacon. This is the first year we have stocked grouse and we have been delighted with its popularity. Consumers are now eating far more consciously by choosing produce in season and there is a greater appreciation for this meat.”

Along with grouse being a sustainable and healthy food source, the grouse shooting industry plays a pivotal role in its support for Scotland’s remote rural communities. The success of this year’s season has been great for local businesses, accommodation providers, and shooting-related tourism, as well as offering additional workdays for seasonal estate staff including beaters and flankers.

Recent figures from estates surveyed across Scotland’s seven regional moorland groups show that over £23 million flows directly into local businesses in trade generated by estate activity, with the downstream spend in local businesses from mechanics to butchers to cafes and village shops generated from each estate being on average £500,000.

The current value of country sports tourism to the Scottish economy stands at £155m. The Scottish Country Sports Tourism Group’s (SCSTG) ‘Game for Growth’ strategy aims to increase this value by £30 million over the next three years – bringing the total to £185 million.

Andrew Grainger, of the Scottish Country Sports Tourism Group, said: “This year we have noticed a big spike in interest from European country sports enthusiasts, including French, German and Scandinavians as a result of targeted industry collaboration and engaging in an international campaign to develop overseas markets. Scotland’s country sports are world class and a huge draw in terms of tourism trade especially during the quieter winter months, so a full season is a welcomed boost in generating greater income for rural businesses.

“Parties from France and Germany have been very keen on trying to bag an illustrious Macnab whilst a day’s grouse shooting and bagging a brace is the most popular choice amongst visitors from Scandinavia. They are keen to have it prepared and cooked that evening by the estate cook or hotel chef. It is the ultimate way to enjoy grouse and tops-off a truly outstanding Scottish experience.”