Interest in gamekeeping as a vocation is flying high according to Scotland’s leading rural colleges.According to reports from lecturers at North Highland College (UHI), SRUC Elmwood Campus (Cupar) and Borders College, gamekeeping and wildlife management courses are experiencing strong demand from sporting estates, grouse in particular, for recently qualified gamekeepers and modern apprenticeships. 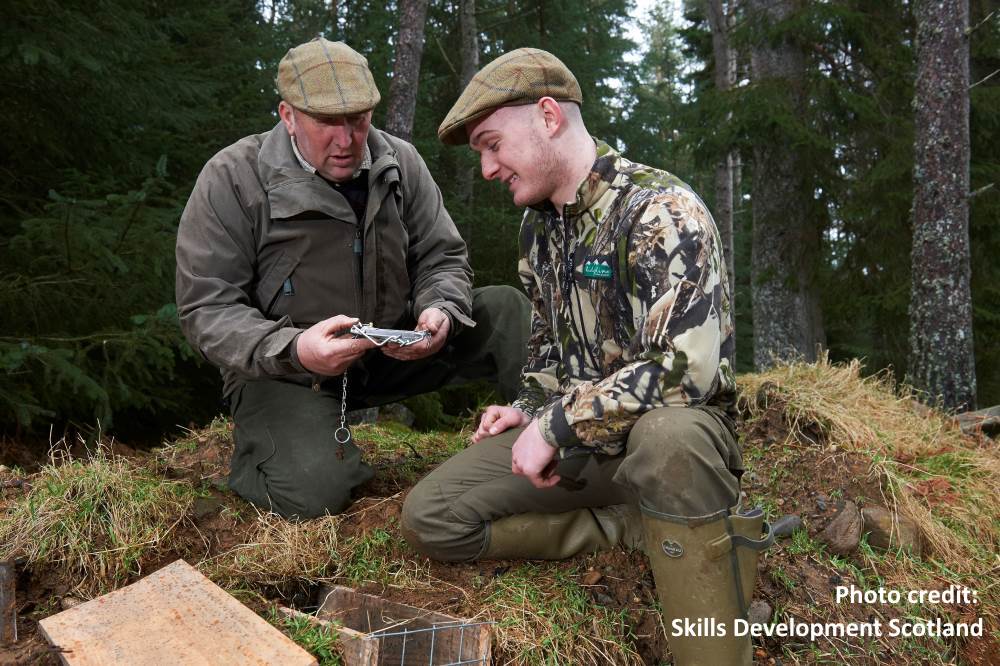 David Olds, lecturer from North Highland College, said: “Scotland’s rural industry is ever changing and to keep abreast of new legislation, conservation measures as well as best practice out on the moors, combining tutor-led learning with extensive practical placements is paramount. Our modern apprenticeship course is a great springboard for those keen to get into the industry, offering a combination of work-based and college training whilst providing the dual benefit of students gaining a nationally recognised qualification and work experience during placements on an estate.

“We have worked tirelessly on promoting a better understanding of the role modern gamekeepers play and feedback from estate owners is that the skills obtained by our students on the modern apprenticeship, HNC and NC courses are an essential part of equipping the next generation of gamekeepers to manage our countryside.”

Jim Goodlad, gamekeeping and wildlife management lecturer at SRUC Elmwood, said: “It is imperative that the modern gamekeeper of the 21st century is a highly-trained professional possessing an accomplished skill set combining theory with hands-on experience.

“Demand for our gamkeeping NC course is extremely high and having received more than 70 applications for 20 places, we are fully subscribed for the new term. This year we had nine students gaining full time jobs across a variety of gamekeeping disciplines including grouse, pheasant, deer and wildlife conservation, as well as many attaining seasonal placements – a great success rate given that many of the remaining students are going on to further education.”

The grouse industry is vitally important to rural Scotland in terms of both social and economic contributions. Grouse shooting plays a major part in the £200 million that is generated for the economy by shooting and stalking every year.

At a time when most recent graduates are assessing their job prospects, we hear from a gamekeeping graduate who has been successful in gaining employment on a Scottish grouse moor.

His day-to-day duties on Pitmain Estate include land management, working to protect habitats, managing deer numbers and preventing disease in the many species which thrive on the estate.

Savio said: “I am passionate about gamekeeping and the work that gamekeepers do in their local communities. I grew up working as a beater in the summer and I knew it was always something that I wanted to do. I love working with the grouse and deer in this beautiful scenery.

“There has been a big change in the way that gamekeepers are perceived recently. The great work that is carried out on estates in terms of conservation is being publicised through initiatives including the Gift of Grouse, and this is great for the industry and rural Scotland as a whole. You just have to look at the waders to see what a difference game keepers are making to support rare species.”

The Gift of Grouse initiative showcases the benefits that grouse shooting has on local employment and trade as well as the national economy and also highlights conservation and moorland management efforts carried out by gamekeepers on estates throughout Scotland.