Skip to content
Home
/
2016
/
June
/
22
/
News
/
Tayside & Central – PERTHSHIRE GAMEKEEPERS AND NURSERY KIDS BUILD HOTEL
News
by admin
No comment(s)
The secret lives of ‘beasties’ have been brought to life for a group of Strathearn nursery pupils, with a little help from some resourceful gamekeepers.Staff at Crieff Primary School Nursery were thrilled by the curiosity of pupils to a wormery project and decide to use social media to seek help in ‘upsizing’ to a full-scale bug hotel. 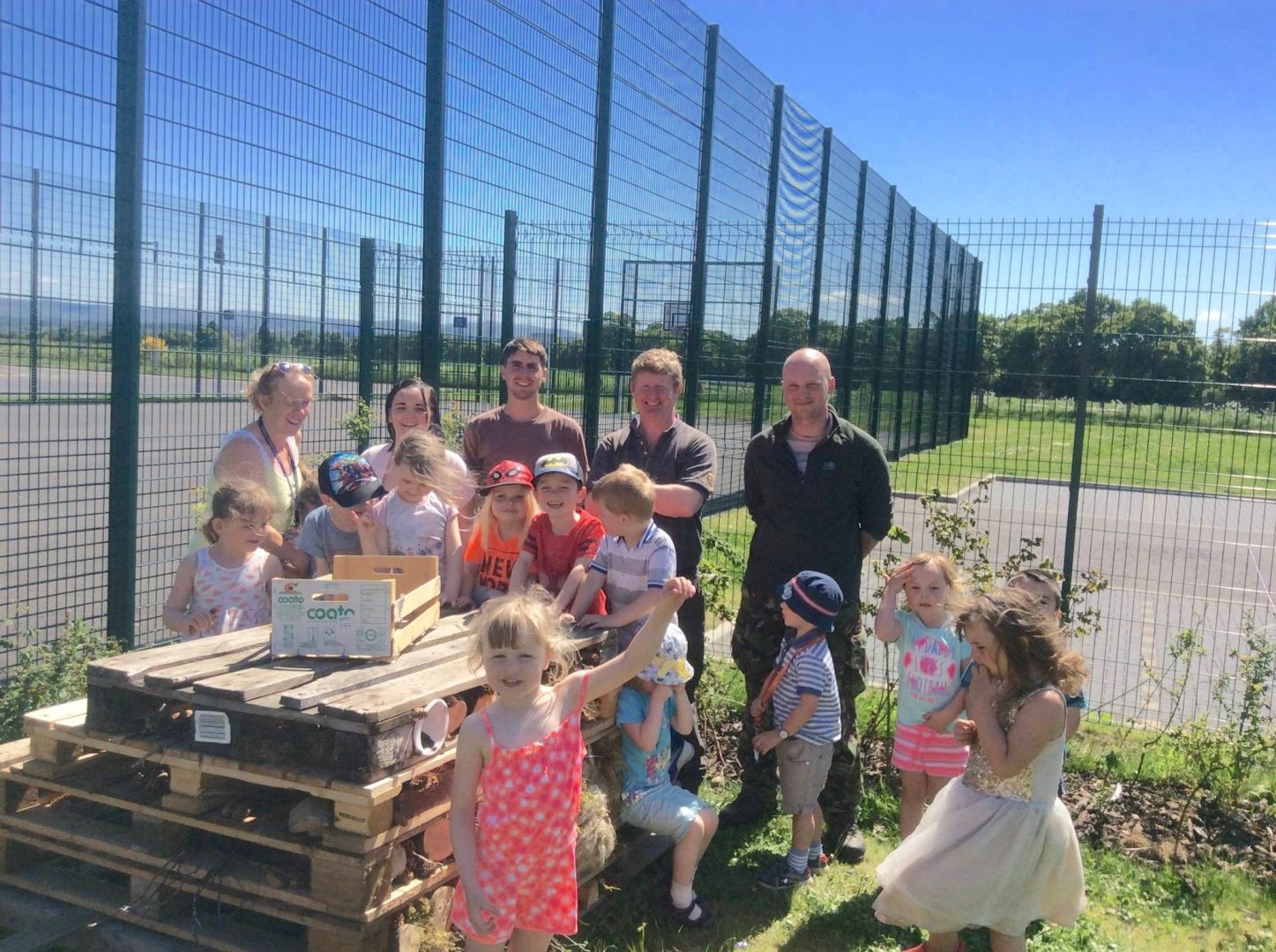 Little did they know their beastie B and B would attract construction materials from the grouse moors of Perthshire- and a team of gamekeepers to help build it!

Through parental connections, members of the Tayside and Central Scotland Moorland Group, learned about the nursery’s request on Facebook and delivered materials found readily on their local moors.

Sheep’s wool, pine cones, heather stalks, mosses and wood were all gathered and donated to the project, with the gamekeepers staying to help the kids put the mini-beast hotel together.

With parents also donating and helping, the staff and kids have been delighted with their new-build.

There are even plans for an extension over the coming weeks.

“The idea came about, firstly, when we were digging in the nursery garden and finding lots of mini beasts under stones. The children really loved it, we made a wormery, and it was a way of bringing nature to the kids,” said Early Childhood Practitioner, Jackie Buchannan.

“We were then told we could get some pallets and decided to post on Facebook for resources for a mini beast hotel. The response from parents was fantastic but we didn’t expect to get the gamekeepers helping, too.

“They brought along wool found on the moors, mosses, heather and pine cones and helped the kids build it. They were great with the children. It is really important youngsters get outdoor learning experiences like this.”

One of the gamekeepers, Colin McGregor, helped with deliveries and construction, taking along beat keepers Kevin Dickie and Ben Phillips. Gamekeeper Ronnie Kippen is also returning to further help the project.

“We found a lot of stuff around the estate that we know, from experience that bugs like, and it was great to see the kids enjoying building it. As a child, you remember experiences like that,” said Colin.

Caitlin Reddington, Co-Ordinator of the Tayside and Central Scotland Moorland Group said: “When the gamekeepers heard about the bug hotel, they wanted to help. There are group and community connections to the nursery and although they are busy preparing for the season, they try to help out where they can.”