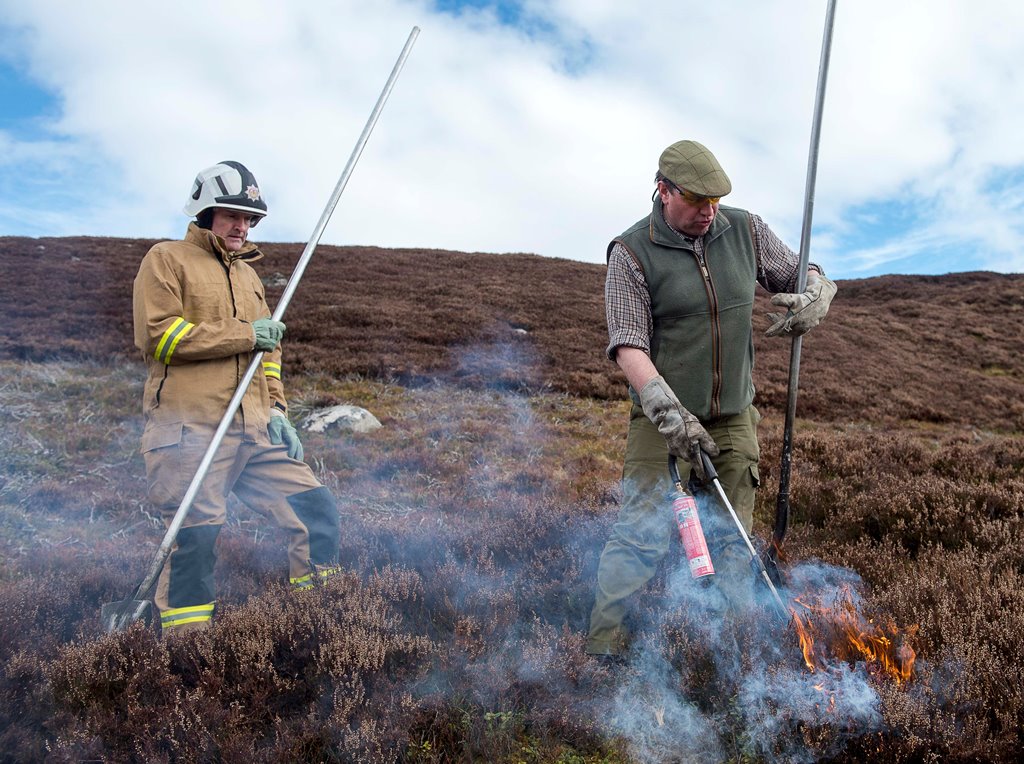 Setting the heather alight is an idiom that most are familiar with – even if some might not be sure exactly where the phrase originated from.

The benefits of controlled heather burning on moorland has long been known to land managers and scientists and the reasons for muirburn are fully explained in this two-minute video featuring gamekeepers from Grampian and Loch Ness.

Footage released in recent days showing muirburn being undertaken in the Cairngorms was described as ‘extremely disturbing’ by campaigners against grouse shooting.

However, what their video actually demonstrated was a carefully managed process by skilled gamekeepers in accordance with the muirburn code which was launched by Environment Secretary Roseanna Cunningham in September 2017.

With muirburn largely taking place in the spring, it is understandable that questions are often raised at this time of the year.

Our purple heather is iconic to Scotland’s rural landscape and if muirburn is not carried out then we could gradually lose our much-loved heather forever and that would be a tragedy for not only the people but for the habitats and species which depend upon it.

Grouse thrive in this habitat and so do other bird species – especially curlew, lapwing and golden plover which are low in numbers these days. Well managed heather provides a mosaic of different ages and is one of the oldest land management techniques which is still an essential part of grouse moor management today.

Yet, because it is a traditional technique, it does not mean that the science behind it is not being continually refreshed.

The Muirburn Code, as mentioned above, is designed to ensure practitioners are following best practice when carrying out burning. The code can be read here: http://muirburncode.org.uk/0-foreword/

We are also reviewing the latest science on a regular basis and more can be read about muirburn’s effect on peat accumulation and carbon storage here: https://www.giftofgrouse.com/2019/01/17/2717/

But perhaps most importantly, the campaigners fail to address the threat of uncontrolled wildfires if managed muirburn was halted.

Scottish Fire & Rescue has endorsed muirburn to avoid the spread of wildfires (https://www.giftofgrouse.com/2017/04/12/moorland-management-effort-in-tackling-wildfire/) and the following wildfire report from Rum Nature Reserve provides sobering reading on the substantial environmental damage that can occur if when these techniques are not employed regularly. (https://www.nature.scot/sites/default/files/2019-02/Rum%20NNR%20-%20Wildfire%20Report%202018.pdf)

Muirburn is a perfectly legal tool used by land managers and no evidence has yet been presented by campaigners to suggest that it is being carried out incorrectly. Until that point, the sector will continue to employ best practice muirburn techniques and work with researchers, government and stakeholders both UK and internationally to ensure the science behind it is as advanced as it can be.