An event to help raise awareness of where to buy and how to cook local game meat in the Lammermuirs saw Brian Grigor, executive chef consultant for Albert Roux OBE at the Roux Group Scotland, conduct a cookery demonstration for guests at the Dryburgh Abbey Hotel, a magnificent country house hotel in St Boswells in the Borders.

Brian Grigor has been supporting the Lammermuirs Moorland Group for some years now, highlighting the ‘hill-to-plate’ credentials of grouse and game meat. Brian is passionate about cooking with game having grown up with both his father and grandfather being gamekeepers on grouse shooting estates in the Lammermuirs. Brian became the UK’s first ever Game Chef of the Year in 2011.

Brian, who was previously the executive chef at the Michelin-starred Restaurant Number One at the Balmoral Hotel, demonstrated cooking a Michelin-starred dish and talked about how more restaurants are using game on their menus in recent times, also answering questions from the floor including how long to hang game for before cooking. 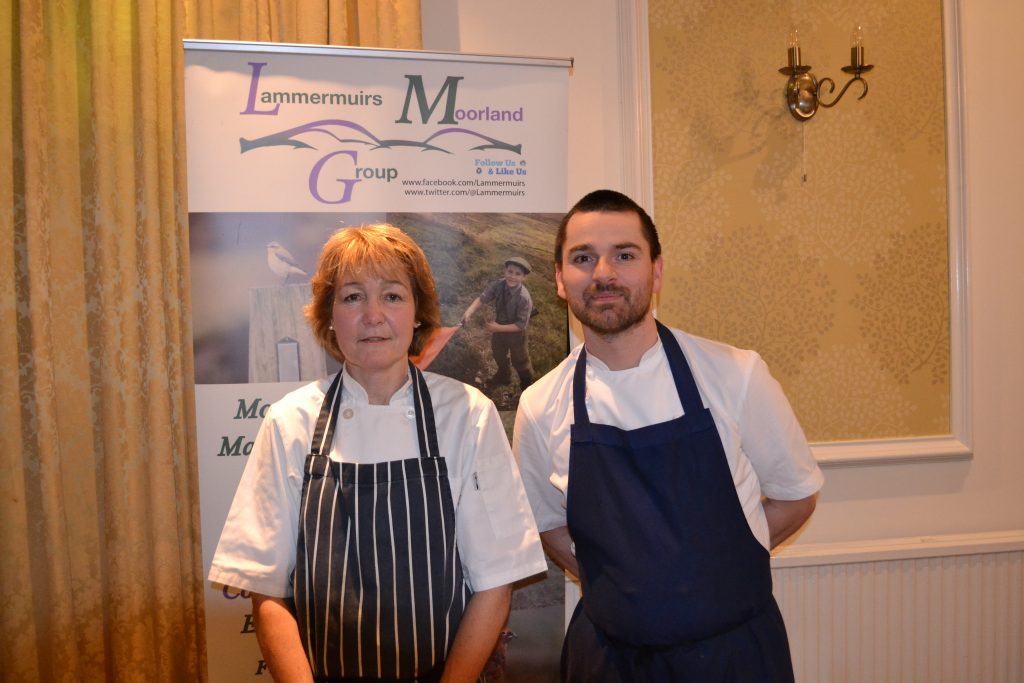 “I cook with fresh, local produce whenever possible and I can’t wait for the start of the game season each year when I can feature grouse, pheasant and partridge in my menus. Consumers are now eating far more conscientiously, choosing produce in season and there has been a real surge in consumers’ appetite for game. Events like this are great at bringing together local outlets and business owners who may otherwise not have given game a thought and showing them the wide variety of options that game meat offers” said Brian.

Gillian Millar, who has cooked for the Duke and Duchess of Northumberland since 1997, also attended the event, demonstrating how to butterfly a pheasant, and how to make a number of crowd-pleasing dishes perfect for home cooks, such as pheasant fajitas, game schnitzel, and pheasant stroganoff.

Grouse, pheasant and partridge are all lower in fat and higher in protein than chicken.

Helen Savage, coordinator of the Lammermuirs Moorland Group, said: “It is vitally important that we educate local retailers and restuarants on the availability of fresh sustainable game meat sourced from local estates in our region and that’s why we have launched our ‘Moor to Eat’ campaign.

“We have established relationships with some local outlets taking fresh game meat each year, but more can be done and what we are aiming for is that every hotel and restaurant in our region features game on their menus throughout the season. Game meat including grouse, pheasant and partridge is highly nutritious and offers a rich flavoursome red meat alternative and we are encouraging as many outlets as possible to use this sustainable meat.”

John Wallace of the Dryburgh Abbey Hotel said: “We are a family owned business and we have been involved in country sports for nearly 50 years as we recognise its importance to the Borders economy and way of life. We support local shoots by ensuring that game in season is always on the menu. Our efforts were nationally recognised when we reached the final of the “Eat Game” awards earlier this year. We have shooting parties from all over the world here most weeks of the season and we are invariably asked to prepare a selection of what they have shot for dinner, which we are very happy to do. We wish the Lammermuirs Moorland Group every success in their efforts.”