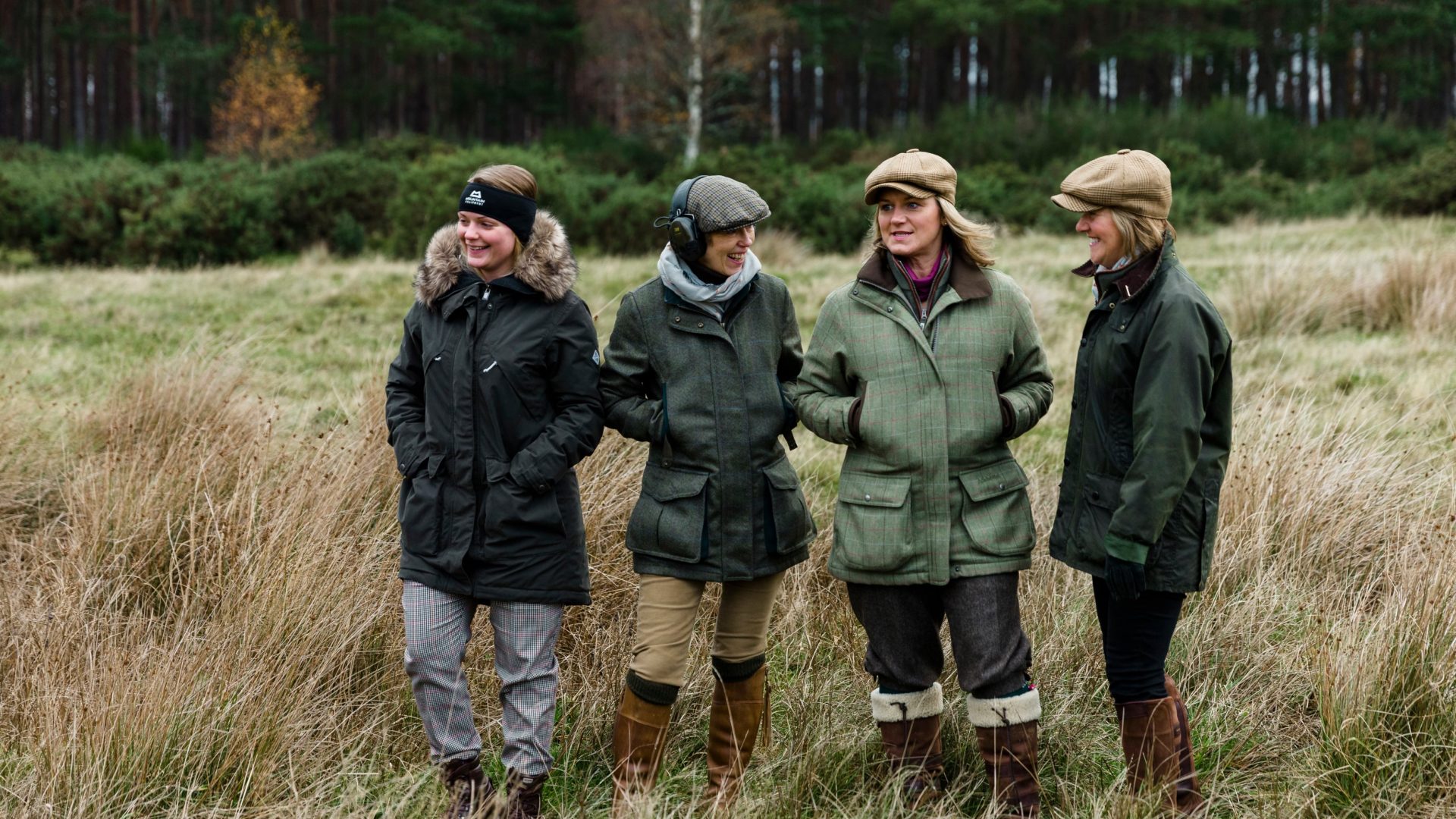 The number of women taking part in both clays and game shooting, such as grouse, in Scotland has risen steadily over the past few years, breaking the stereotypical male dominated image of country sports.

The British Association for Shooting and Conservation (BASC) has welcomed the influx of women into shooting sports in recent years and now has almost 11,000 women members, up 10 per cent on last year’s numbers. Grouse shooting in Scotland has seen an increase in female participation in line with this trend.

The establishment of organisations including the Scottish Ladies Shooting Club and Glad Rags & Cartridge Bags has been a catalyst in terms of increasing participation by women in Scotland. 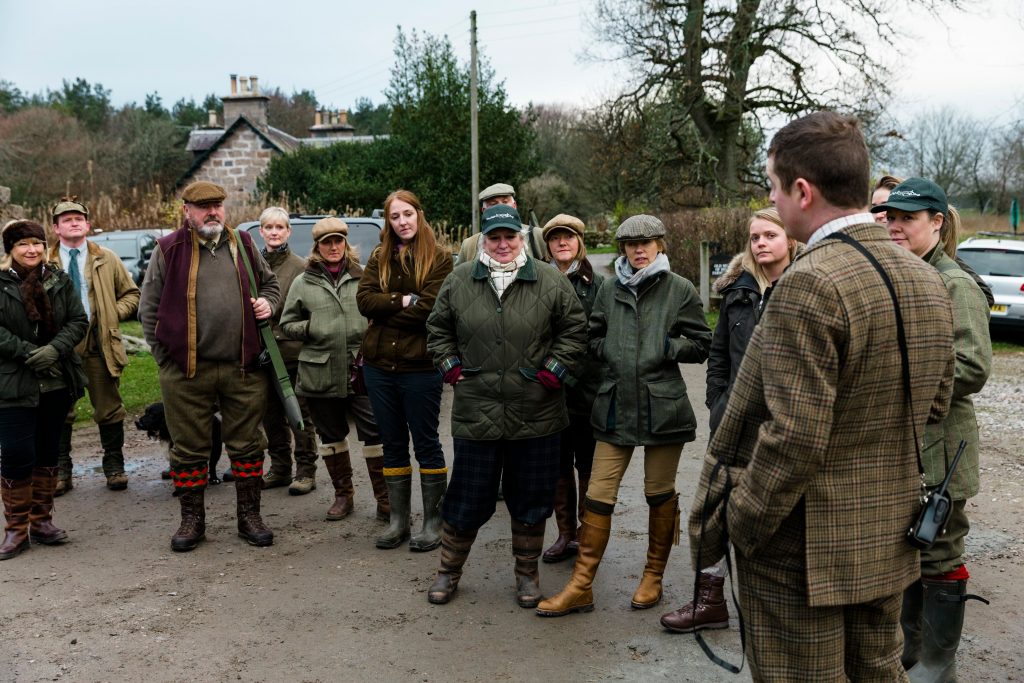 Glad Rags & Cartridge Bags was founded by Mhairi Morriss four years ago with the aim to make it easier for novice shots and women from all backgrounds to progress in the sport. Over the past four years Mhairi has organised over 54 events with 1300 attending and over 370 individual ladies having shot with the club.

Mhairi Morriss said: “Everyone is welcome at one of our events, from ladies who have never taken a shot to more experienced guns. Shooting sports is becoming much more popular among women and we provide all the equipment and tuition needed, so it’s easy and affordable for anyone to come along and join in. There are many events organised through ladies shooting clubs which is a great way to allow novice shots to join like-minded guns and gain companionship and encouragement. Glad Rags and Cartridge Bags is the only group organising events for ladies in venues that are not traditional shooting grounds, we are like a roving syndicate which adds a whole new unique element to the day.”

Cara Richardson, a member of BASC Council and BASC Scottish committee chair, said: “When I started shooting almost 30 years ago, it was unusual to see a woman in a clay or game day line-up. I’m thrilled to see how this has changed as the years have passed. A lunchtime conversation with a fellow lady gun at a BASC Ladies game day in 2013 led to the formation of the Scottish Ladies Shooting Club. The way in which the club has grown since then is proof of the increased interest in shotgun shooting from women of all ages and backgrounds.

“Equipment manufacturers have recognised this as a developing client base and it is now possible to find women’s ranges in both shooting apparel and shotguns. As a sporting agent, I’m very pleased to see an increasing number of women shooters and hunters in the field. The UK is behind our Scandinavian and European neighbours in terms of the percentage of the population involved in country pursuits, but we are catching up. Long may the trend continue.”

Lesley Fleming, co-founder and leader of the Scottish Ladies Shooting Club, said: “We are witnessing a large increase in the number of ladies getting involved in the Scottish shooting sport scene. We tend to find novices start off shooting clays to perfect the skill of shooting before embarking on a walked-up day of game shooting. Many also get involved through beating or loading as an introduction to the sport and to gain an understanding of the terrain and what the day involves.

“A day’s walked up grouse shooting is now proving extremely popular and is the perfect way to step up from shooting clays. It allows you to put all your experience of shooting simulated targets into action when shooting game. Confidence is key in grouse shooting and a ladies’ shoot day gives you the chance to try out the sport in a fun friendly and relaxed environment breaking down boundaries associated with it being male dominated. It is great that the number of women getting involved in shooting is growing organically. We now host at least one event a month allowing us to build the community of women in shooting even further.”

Justine Muir from Cupar, Fife has been shooting game for the past three years.

Justine Muir said: “I am a former city chick having grown up in Edinburgh and working as an accountant, which I still do, but my husband and I had a hankering seven years ago to move to the countryside to embrace rural living. It’s then that I first got into clays as my husband shot clays and it looked fun. I shot on and off but not regularly until I joined the Scottish Ladies Shooting Club. This allowed me to build experience and confidence and move onto game shooting. The safety aspect when shooting grouse is imperative and a real step up from clays as you need to understand the positioning of the dogs, beaters and gun safety, and that’s where joining the lady’s shooting club has been invaluable.

“Shooting is now very much a big part of our family life. It is an excellent leisure activity in a highly sociable and fun environment and my two young boys are very keen and have been shooting clays through the British Association for Shooting and Conservation (BASC) and the Scottish Youth and The Countryside Education Trust (SYCET). I would encourage any lady thinking about trying shooting to have a go, I’m sure you’ll become hooked like me.”

Another keen shot is Sheila Eastwood from Bankfoot in Perth. Sheila is also a relatively newcomer to grouse shooting having got into the sport first shooting clays four years ago and shooting grouse for the past two years.

“A lot of people still think shooting is for the elite, but it absolutely is not about money or class. I lived in a small village in Fife until my 20s and then moved to the city of Perth to pursue a career in banking. I was always interested in country pursuits, attending the game fair most years but had never picked up a gun. When I started working for an independent Scotch Whisky merchant and took on the role of organising corporate days for overseas clients, which included a day’s shooting, I was fascinated from the word go.

“My husband has been involved in shooting for many years and encouraged me to apply for my shotgun certificate two years ago and we now go out shooting together. The establishment of ladies shooting clubs has really broken-down barriers, encouraging more ladies to participate in the sport. I have also found that on mixed shoot days male guns are very encouraging. There is very much a wide range of age and ability, with a lot of young girls becoming increasingly interested in the sport which is fantastic,” Sheila says.

Ladies shooting clubs, along with sporting estates throughout the country, offer many different shooting packages designed to cater for varying levels of experience and interests, from clay shoots to mixed game including grouse, pheasant, partridge and deer stalking.