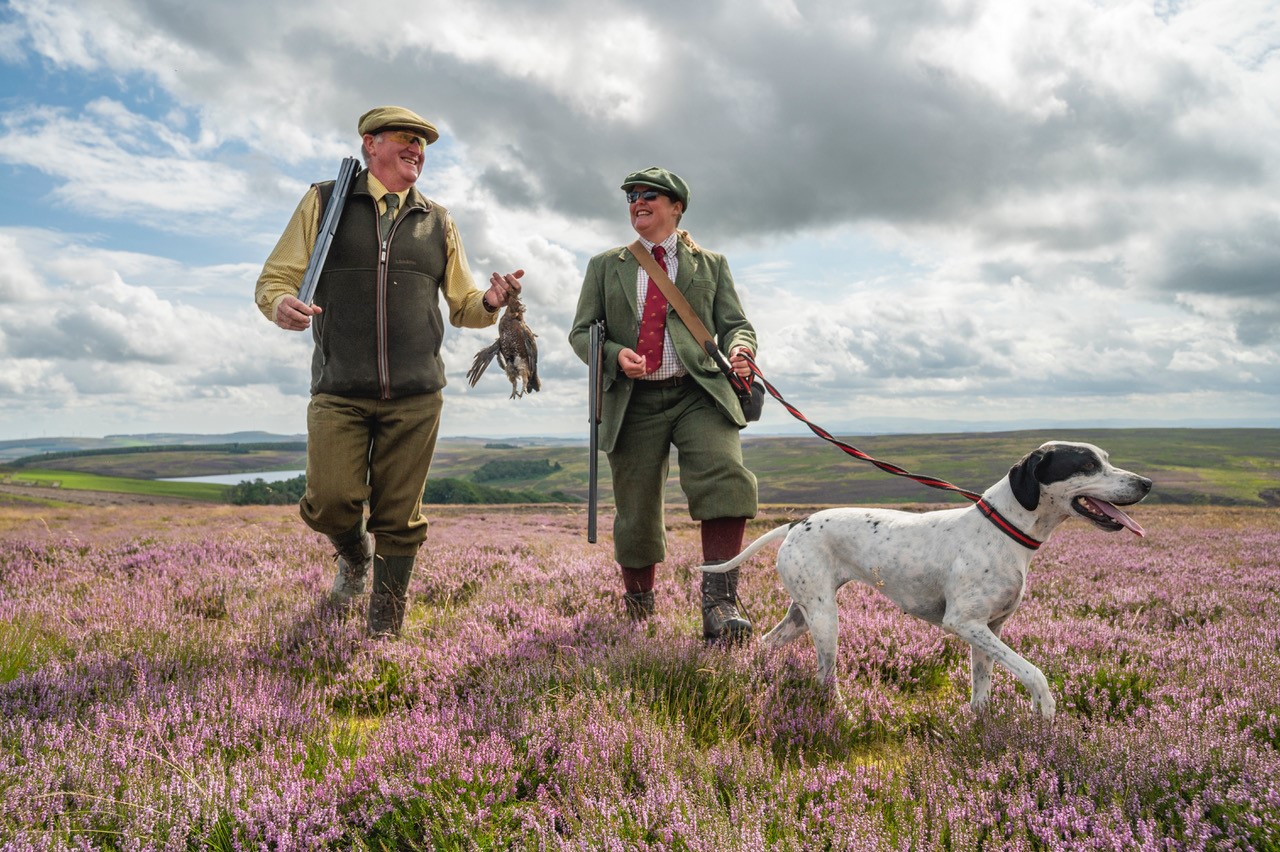 Newly published research (*link) shows that moorland management is sustainable and delivers a host of environmental, social and economic benefits and that alternative land uses would not produce better results.

Rural businesses across Scotland have been writing to members of the Scottish Parliament urging them to ‘Support Moorland Life’ as part of an initiative to demonstrate the multiple benefits produced.

This shooting season is getting off to a quiet start, given poor weather conditions in April and May and it is expected there will be more of a ‘late show’ in September and October.

Roxburghe Estates in the Scottish Borders marked the start of the season with some walked-up shooting today.

Ed Brown, assistant factor at Roxburghe Estates, said: “It’s unusual for most estates to be starting beyond the 12th of August but what we do know is that when the season gets under way in the following months it will be a real boost to communities in the area and in particular businesses such as hotels, pubs, restaurants, garages and the like.”

Drew Ainslie, head keeper at Roxburghe and Pam Butler, assistant keeper, were among the first out on the moors.

Drew Ainslie said: “We always welcome the start of the season and we know that it will be a while before it gets going this year. However, the environmental work we do to conserve important habitat and a tremendous range of ground-nesting birds goes on all year, regardless of what the season brings.”

Tim Baynes, from the Gift of Grouse campaign said: “Throughout the summer months rural businesses have been writing to Scottish parliamentarians elected in May asking them to support moorland life. This is an important year as the Scottish Government is going to consult on the licensing of grouse moors. Rural voices are working hard to make sure as many people as possible know that we are committed to helping tackle climate change and supporting a wide range of bird species which thrive on moorland.”

Last year, research carried out by Scotland’s Rural College (SRUC) and the James Hutton Institute, studied socioeconomic and biodiversity impacts of driven grouse moors as well as the employment rights of gamekeepers.

Key findings of the latest research include:-