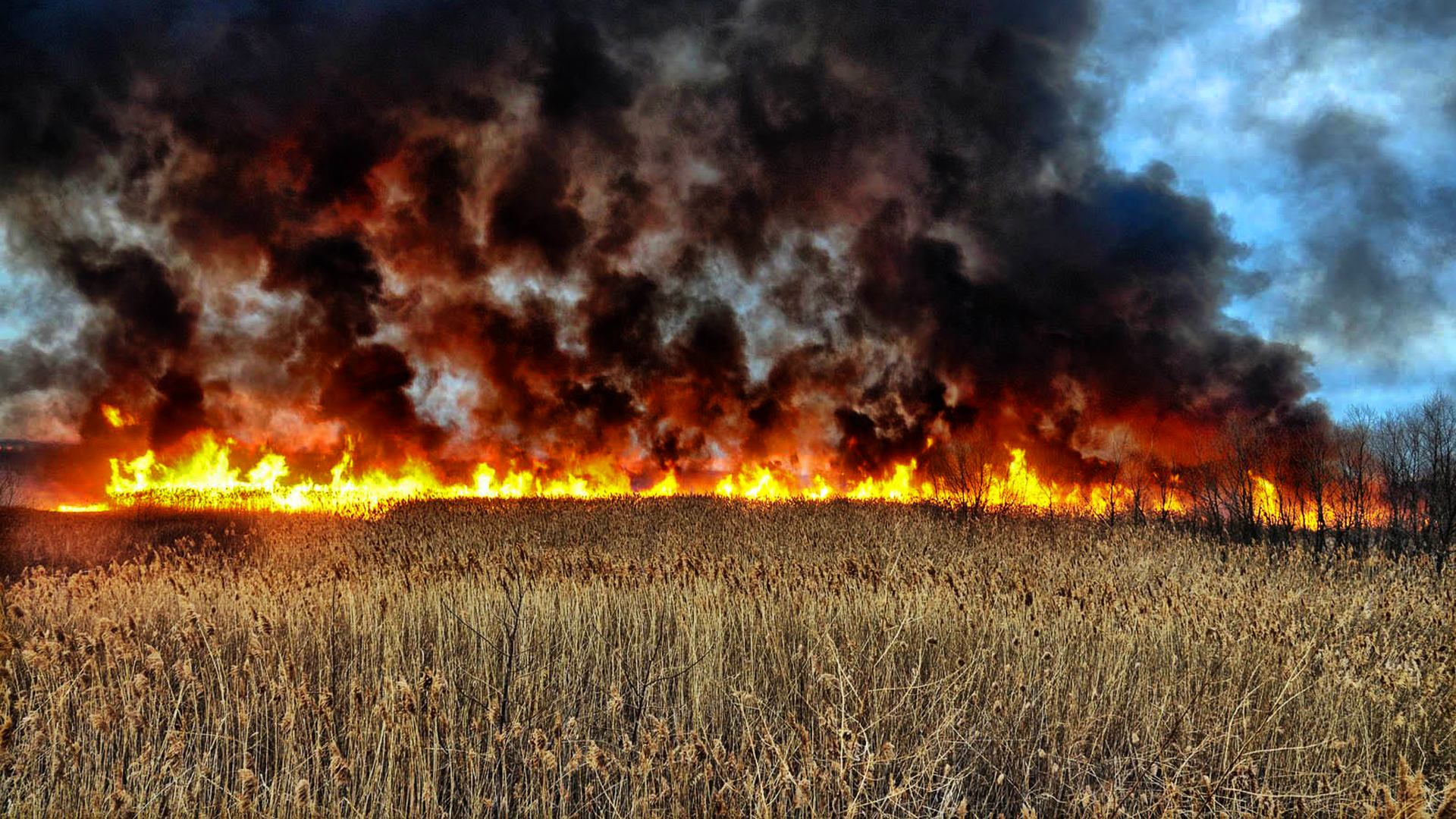 The risk of wildfires across moorland and grassland in Scotland remains exceptionally high, gamekeepers and estates have said today.

The warning comes after a spate of wildfires south of the border, including one on Bamford Moor in Derbyshire’s Peak District on Saturday evening. The fire, which is believed to have been started by a barbecue, was tackled by gamekeepers using their own specialist firefighting equipment until fire services arrived.

It also follows a series of fires in Scotland over the past quarter including those at Glenfeshie in the Highlands, Strathpeffer in Rossshire and in Stirlingshire near Bannockburn.

Tim Baynes, Moorland Director at Scottish Land & Estates, said that private investment in equipment and manpower by estates which provides this wildfire fighting service is estimated to be in the tens of millions of pounds across the country.

Tim said: “Each year we are witnessing more and more wildfires occurring on moorland and grassland and this period of exceptionally hot weather in the UK has heightened the risk once again.

“These fires often occur by innocuous means such as discarded cigarettes and disposable barbecues and we need to ensure the correct precautions are taken by those accessing hills and moors. Sadly, those managing rural land have found more careless behaviour occurring since lockdown rather than less.

“Wildfires not only create a safety risk for all of us but are also devastating for wildlife, particularly for ground nesting birds, insects and mammals. We would urge the public to take care and leave items such as barbecues at home.

“Estates with grouse moors and upland farmers practise controlled burning early in the year to create fire breaks and reduce grass and heather loads which could be susceptible to wildfire. The Scottish Fire and Rescue Service has backed the use of controlled burning to combat wildfires and we continue to see time, knowledge and private investment from gamekeepers and estates being utilised to prevent wildfires and tackle them when they do unfortunately occur.

”Through investment in on off-road vehicles and “fogging” units, skilled staff and specialist insurance which can allow for the use of helicopters to tackle wildfires, we estimate that tens of millions of pounds worth of resources are available to help quickly tackle wildfires in conjunction with the Scottish Fire and Rescue Service. Often a nearby estate is in a position to be ‘first responder’ and can contain a wildfire before it becomes serious.”

Iain said: “Being a retained firefighter myself I know only too well how a wildfire can quickly take hold and rage out of control. Understanding the techniques for mitigating the risk is essential, particularly in remote rural areas of Scotland where large areas of land are at high risk during warm weather.

“The recent wildfire in Stirlingshire saw gamekeepers from local estates in the Tayside & Central Scotland Moorland Group quickly on the scene, along with local farmers and other volunteers, to help tackle the fire that broke out in woodland and quickly spread to the open hill, which posed a serious threat to the nesting territories of rare birds. Applying their knowledge and skills, along with the aid of estate equipment including leaf blowers which are used to manage controlled burns, considerably helped in preventing the further spread of this wildfire.

“As a result of the Covid-19 pandemic, moorland managers and estates across the country decided to voluntarily stop muirburn at the end of March to avoid placing additional strain on public services, even though the risk of a planned fire getting out of control on managed moorland was very small. The Scottish Government then introduced new emergency Covid-19 legislation suspending muirburn until the end of the season. It is vital that the ability to carry out muirburn is reinstated in September for the start of the next muirburn season. In the meantime, gamekeepers and estates will remain vigilant and on call to help with wildfires wherever they occur.”