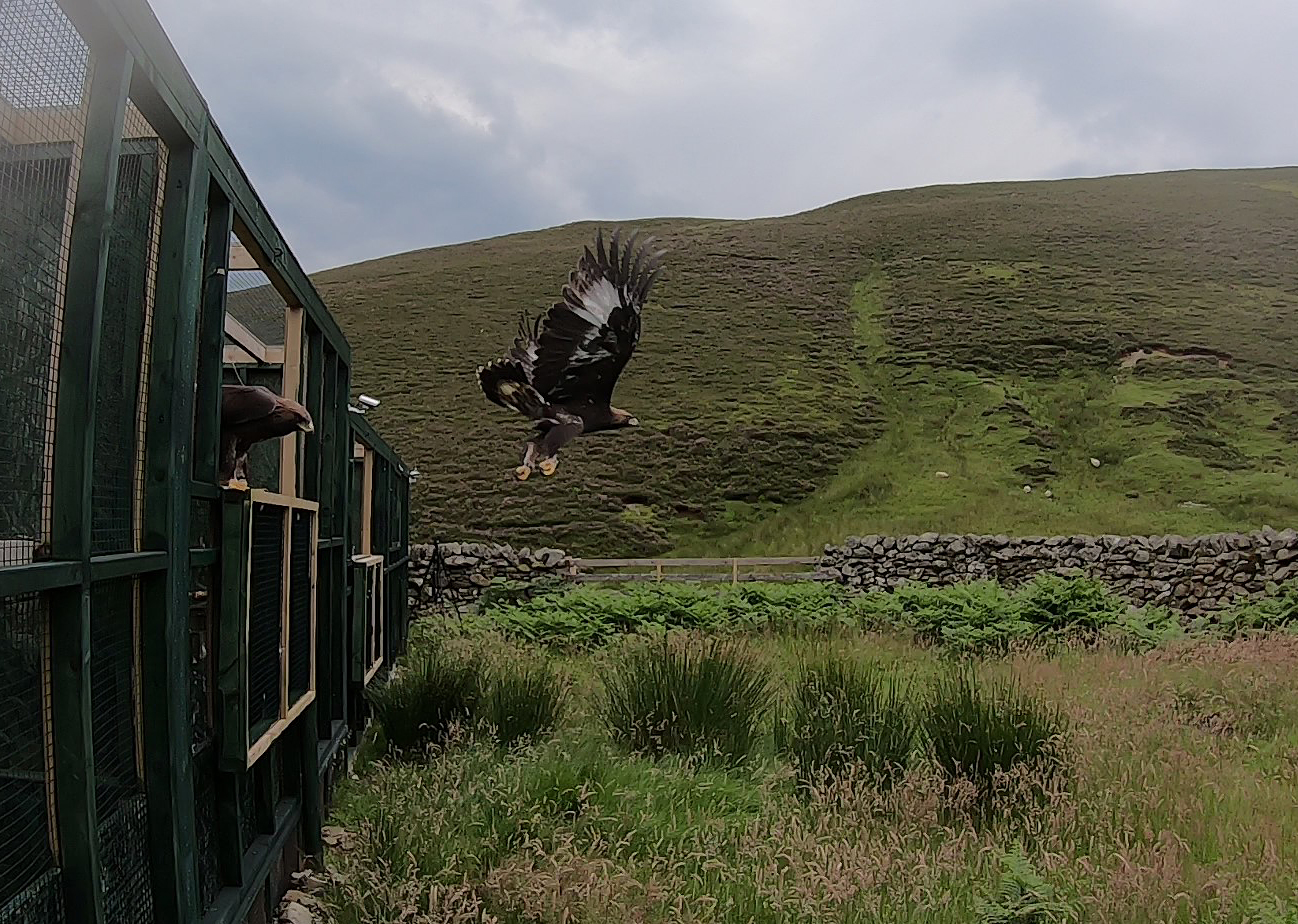 A Highland estate is encouraging other land owners to get involved with a ground-breaking Scottish golden eagle conservation project after eagle chicks were donated to the project.

As one of the first estates involved in the pioneering South of Scotland Golden Eagle Project, Pitmain and Glenbanchor Estate, a 12,000 acre estate near Kingussie, volunteered to have some eagle chicks which fledged on its land translocated to the Moffat Hills in the south of Scotland.

The Project has been set up to reinforce the low numbers of golden eagles in the Scottish Borders and Dumfries & Galloway. The Project team has successfully translocated four golden eagles from the Scottish Highlands to the south of Scotland, including one eagle chick from Pitmain and Glenbanchor Estate. Support from estates in the Highlands, Dumfries & Galloway and the Scottish Borders plays a pivotal role in helping the iconic species continue to grow and thrive in the south of Scotland.

Graham Mabon said: “The estate has always been hugely committed to a rich array of species on its land beyond red grouse. There are many different types of birds, including raptors, that we see on a daily basis and our land management provides ideal conditions and landscape for wildlife to flourish.

“The South of Scotland Golden Eagle Project was a very positive experience for Pitmain and Glenbanchor and we would encourage other grouse moors to think about becoming involved. We worked with the Project team, providing them with access to the eagle nests in order to give the very best chance of establishing a prospering eagle population in south Scotland.

“Grouse moors are havens for so much more than red grouse – the biodiversity we have on our estate is incredible. We are also playing an increasingly important role in combatting climate change through projects such as peatland restoration and carbon capture. Our team at Pitmain and Glenbanchor view ourselves as both land managers and conservationists and we were delighted to play our part in the golden eagle project.”

Dr Cat Barlow, Project Manager of the South of Scotland Golden Eagle Project, said: “The willingness of estates such as Pitmain and Glenbanchor to work closely with our Project team over a long period of time is absolutely fundamental to our success in protecting and increasing the golden eagle population in the south of Scotland.

“It is fantastic to see an estate so passionate and dedicated to doing this and supporting vital conservation efforts. Graham and the team at Pitmain and Glenbanchor Estate were great to work with and gave selflessly of their time in the hope we can increase low numbers of golden eagles in the south of Scotland. It is clear from their knowledge and care that they not only love managing the land, but also want to see an abundance of different species thriving at Pitmain and Glenbanchor and beyond.

“We’re delighted to have their support and we would love to speak to other estates about how they can get involved too.”