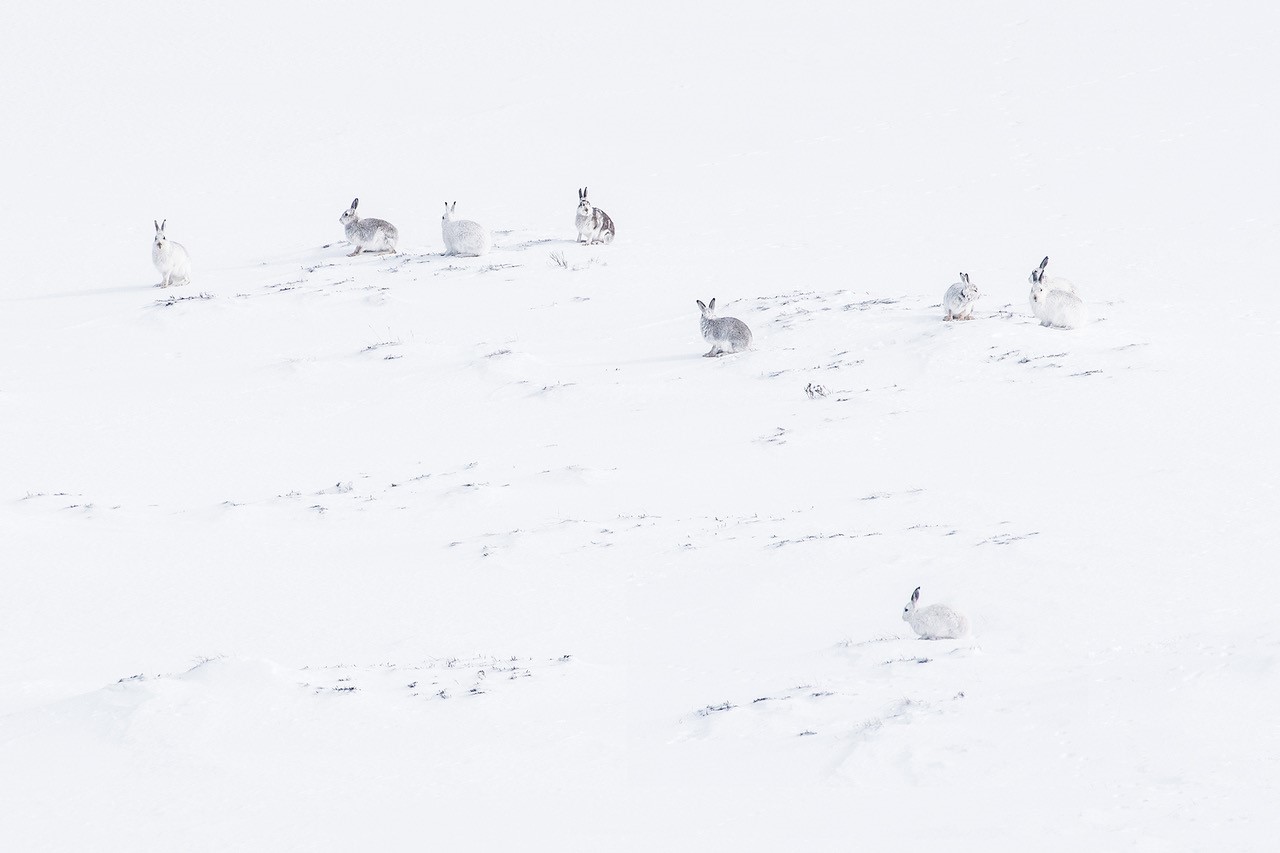 In the last few months of 2018, Balmoral, Invercauld, Mar and Glenavon estates surveyed 10 sites covering a total area of 40 sq km (15.4 square miles), all of which were on grouse moors.

These results need to be treated cautiously as 2018/19 was the first year of counting using the new methodology. However, surveys in the ECMP area revealed both the highest individual count and an average that was markedly higher than across all Scottish sites counted during 2018/19 with the same methodology.

The surveys conducted in the ECMP were based on the night-time counting methodology set out in the SNH report, which specifies the use of either lamps or thermal imaging equipment to count hare populations by walking replicated, randomly selected transects. Mountain hares are usually most active just after sunset. The SNH commissioned report demonstrates that, by comparison, daytime counts detect only a fraction of the hares observed during night-time surveys of the same transects.

Ross MacLeod of the Game and Wildlife Conservation Trust, who provided training in undertaking the SNH survey technique, said: “Last winter’s counts indicated a robust population of hares on the grouse moors surveyed. Accurate data on mountain hare numbers in rural Scotland has been limited up until now but the new counting methodology provides valuable information at a time when there is a lot of discussion about their numbers.”

Will Boyd-Wallis of the Cairngorms National Park Authority said:  “We are pleased to see that the counts indicate a strong population of mountain hares on East Cairngorms Moorland Partnership estates.  We look forward to working with other estates to collect further data”.

Angus McNicol of Invercauld Estate said: “We were not surprised to see a good number of mountain hares on the extensive area we surveyed last year. Our keepers have reported stable populations for many years but their expertise is sometimes discounted. The East Cairngorms Moorland Partnership region is true mountain hare country and it is clear that the techniques employed to manage land for grouse shooting also benefit wild mountain hares”.

Nationally, nearly 70 gamekeepers and land managers across 47 estates have attended formal training, led by the Game and Wildlife Conservation Trust, to implement the best practice approach to assessing mountain hare populations, in order to manage them sustainably for the future. This training is about to start again for 2019/20 season hare counts.