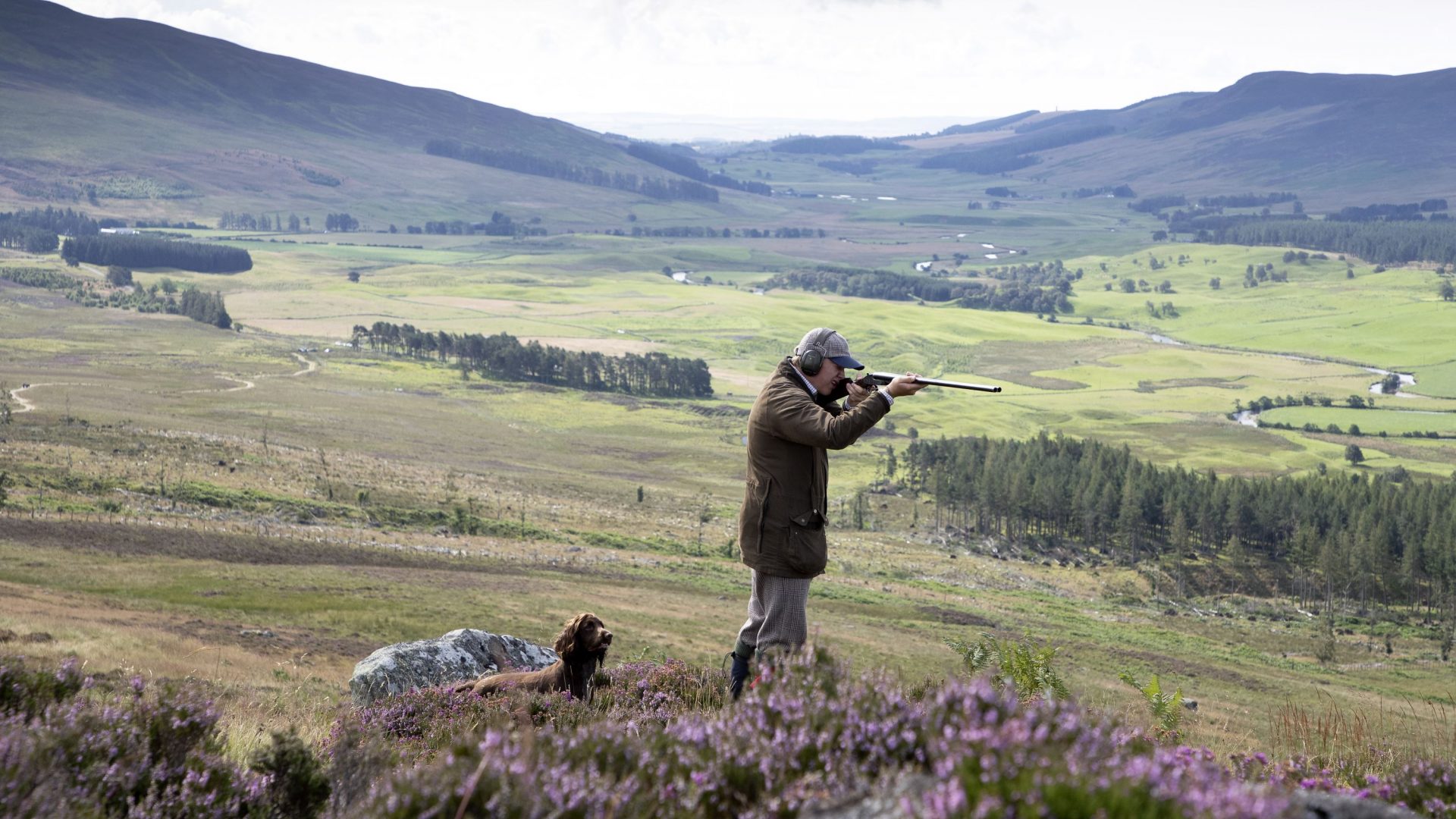 The vital contribution of grouse moors to jobs, tourism and wildlife conservation in remote areas of Scotland has been heralded as the season got underway today.

As Rottal Estate in the Angus Glens hosted the first party to go out on the Glorious Twelfth, rural communities backed the pursuit as vital to their long-term sustainability.

Industry experts are forecasting a more positive outlook for the season after last year’s cancellations, with some regions still curtailing shooting but others planning a programme of driven and walked up days.

That income will help to sustain the vital conservation work undertaken by estates such as Rottal which is accredited by best practice initiative Wildlife Estates Scotland (WES) and hosts more than 100 different species of bird – in sharp contrast with a new report published in July demonstrating the huge decline in bird species in south west Scotland where grouse moors have been lost.

The grouse season in Scotland, which runs for 16 weeks from August 12 until December 10, is estimated to be worth £32m during a good season, part of the £155m overall value of country sports to Scotland. Shooting sports support the equivalent of 8,800 full time jobs in Scotland, of which 2,640 are in the grouse sector.

Dee Ward, owner of Rottal Estate, said: “It is impossible to underplay the value of grouse moor management to remote areas such as the Angus Glens. In recent years we have had visitors to the region from locations such as Denmark, Sweden, Switzerland and France and that simply would not have happened without grouse shooting. Their contribution sustains the wages of our estate staff and the vital conservation work carried out on our heather-clad hills and glens which benefits species such as golden eagles, merlin, curlew, lapwing and golden plover.

“The income we receive also flows down and supports local businesses such as garages, shops and hotels and the employment that provides. We are hoping for a positive season for the area, and there is no other use of this land which can deliver the economic and biodiversity benefits that grouse moor management does.”

Among the first party to go out on the moor was Robert Batt.

Robert said: “This is a spectacular location which is so special because it is so remote. It is such a privilege to be in such a glorious Scottish setting on the opening day of the season.  This first day is a family day hosted by the owner but after this the estate have a number of paying parties coming from around Europe and the rest of the UK. This is part of the fabric of Scotland’s tourism every bit as much as castles, lochs and golf and it is brilliant to come to the Angus Glens and be involved in it.”

A survey of 45 grouse estates across Scotland, conducted by Scotland’s seven regional moorland groups in 2017, found that over £23 million flows directly into local businesses in trade generated by estate activity. That sum, which does not take into account wages paid to gamekeepers or other staff, means downstream businesses, from local garages to building firms, benefit from business worth, on average, £514,886 from each estate.

Lesley McArthur, partner at the Glen Clova Hotel, said: “Our local grouse moors provide a rich seam of business to us which extends through the autumn and winter seasons. It is difficult to imagine a scenario where the tourism – and therefore revenue – provided by visitors coming to the Angus Glens to shoot could be provided by any other means. Grouse shooting has a reputation as a rich person’s sport but it is a lifeline for the livelihoods of remote communities such as ours and we are hoping for a good season ahead which will provide a boost to the area.”