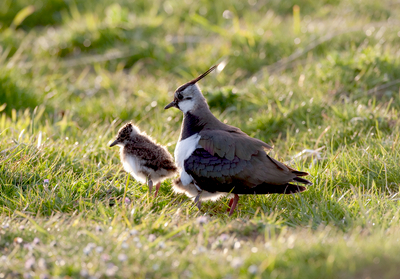 Published today (Monday 22 July) by Game & Wildlife Conservation Trust, the new research looks at the impact of stopping grouse management on birds such as curlew, golden plover, lapwing, black grouse, hen harrier and merlin in the south west of Scotland.

Its conclusions are drawn from studies in two Special Protection Areas, Muirkirk & North Lowther Uplands and Langholm/Newcastleton Hills (which will shortly be the subject of a report from the Langholm Moor Demonstration Project).

A Special Protection Area (SPA) is a designation under the EU Directive on the Conservation of Wild Birds. Under the Directive, member states have a duty to safeguard the habitats of migratory birds and certain particularly threatened bird species.

Among the key findings in the report are:-

The research mirrors an equivalent study carried out in north Wales which examined the end of grouse moor management within the Berwyn SPA. That research showed a local extinction of lapwing, 90% loss of golden plover and a 79% reduction in curlew between 1983-5 and 2002 (Warren & Baines 2014). Over the same period, substantial increases in carrion crows, ravens and buzzards were noted.

Dr Siân Whitehead, lead author of the newly published report, said: “The declines in moorland birds may be attributed to changes in land-use, including afforestation and agricultural intensification or abandonment, as well as a decline in the extent of grouse moor management. The impact of the latter is clearly illustrated in both case studies, in which significant drops in ground-nesting moorland birds happened in tandem with evident declines in levels of keepering.

“The findings demonstrate that existing funding schemes for managing moorland birds are clearly not working. Urgent implementation of measures, which include both habitat management and predator control at an appropriate scale and intensity are needed to prevent further declines, and possible local or regional extinctions, of ground-nesting moorland bird species.”

Moorland representatives said the findings illustrated the value of the land management conducted by gamekeepers and estates.

Tim Baynes, Moorland Director of Scottish Land & Estates, said: “Few other land uses provide the outstanding biodiversity benefits that grouse moor management does. From curlew to black grouse to hen harriers, all see population declines where keepering is withdrawn. The exceptional land management is paid for privately by grouse shooting and where huge bird declines have occurred in south west Scotland, we would like to see government support the return of red grouse management which would help to fulfil its obligations to rare and threatened species.”

Alex Hogg, chairman of the Scottish Gamekeepers Association, said: “There are some who suggest grouse moors only support grouse and nothing else. This is proof that this notion is not only incorrect, the opposite is true. Where gamekeepers are not managing moorland, we are witnessing the tragic loss of globally threatened species. When calls are being made for grouse shooting to be restricted, everyone needs to think carefully about the species declines that would occur across the rest of Scotland; declines which have evidently already taken place in the south west.”