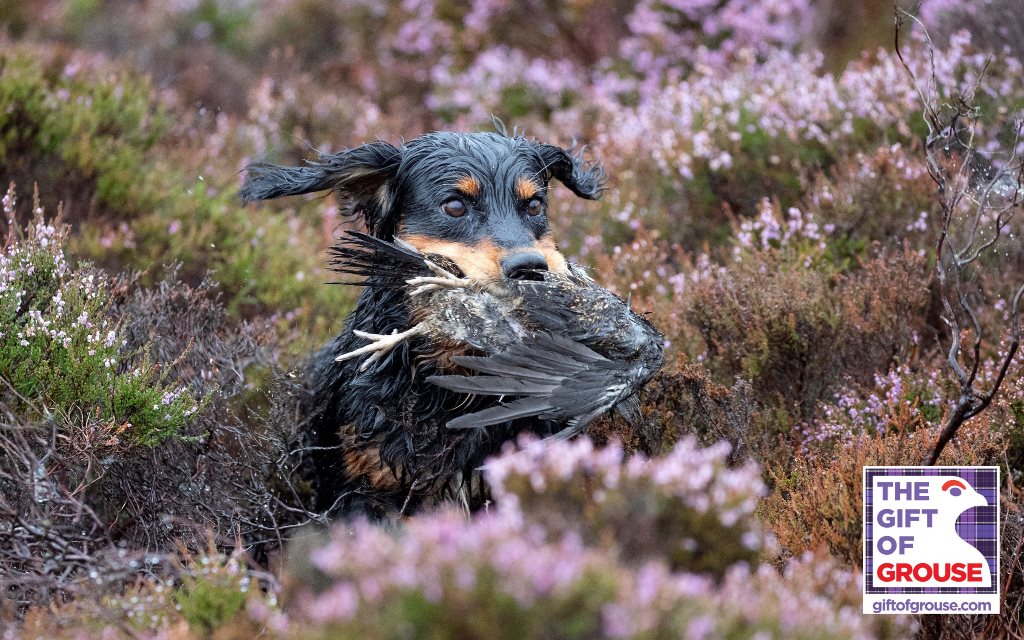 Hoteliers in Scotland have reported a downturn in business due to the widespread cancellations of shoot programmes.

Approximately 70% of grouse shooting days have been cancelled this season because of the extreme weather conditions across most of Scotland earlier this year.

Hotels, pubs and other businesses in rural areas are reliant on the trade generated by the grouse season, which runs from 12 August to 10 December.

One of many hotels counting the cost of the poor season is Cairn Hotel in Carrbridge, with multiple group bookings cancelled.

“We have had six group bookings cancelled so far for this season, accounting for more than 200 bed nights, which is obviously a significant loss of revenue. We will be able to resell some of those but we will still lose the supplementary income from gamekeepers, beaters and other estate staff, who will have much smaller wage packets to spend.

“This has a knock-on impact on our local suppliers, as sporting groups enjoy the best of local produce from our Speyside butcher or a great Kinrara or Caorunn G&T. The region is a popular one for all types of visitors but the positive impact of the grouse season and country sports as part of the local economy and employment cannot be underestimated.”

“The grouse season is hugely important to our business. We benefit from both accommodation bookings as well as diners in the restaurant with parties from the UK and world-wide coming to shoot grouse. When there’s a good season there’s a noticeable rise in turnover, so benefiting the wider community in highland Perthshire.”

“We are the gateway to the Glens here in Kirriemuir and the whole town benefits when there is a good grouse season. Equally, a poor season also affects the entire region. In a good year we have lots of foreign visitors staying, especially people from Ireland in the past four years, but they come from all over to shoot grouse. We benefit from accommodation sales, drink sales in the bar and bookings in our restaurant. Most parties come for five or six days and it really benefits the local economy. On days when they aren’t shooting they stay in the area and visit the other local pubs and attractions, especially the J M Barrie museum in Kirriemuir.”

Spending by estates is necessarily reduced when there is a poor season. One estate in Speyside forecasts that their average annual spend of £12,000 to £14,000 on rooms for staff will be wiped out completely this year.

Philip MacKenzie, owner of Farr Estate in the Monadhliath hills, has also had to cancel grouse shooting, with a knock-on effect on the local economy:

“At Farr we would hope to have 15 driven days per season and 4 or 5 walked-up days. This year we have cancelled all grouse shooting. Our 15 driven days would have produced an income of £150,000 which we re-invest in the estate. In addition, we would have offered 350 man-days of employment during the season. We can’t now take on any of those people, so they will lose that pay.

“The local community shop relies on income from beaters and casual workers which it will not now receive. This makes it very difficult for the shop to stay in operation. Our general costs in terms of ongoing maintenance, care of the land and conservation measures continue, and our three full time gamekeepers still have to be paid regardless of the lack of income from shooting. All the estates in this area are in the same position.”

“The impact of a poor season is very significant, with little or no work provided to part-time staff such as beaters, catering staff and pickers-up, and the knock-on effect on associated rural businesses such as pubs, restaurants, shops and hotels, is also very damaging.

“Research by SRUC in 2014 found that 9,400 man-days of work were created by the grouse season in the Angus Glens and Monadhliath alone. Separately, the Lammermuirs Moorland Group reports that on average, five grouse estates in the region create 550 man-days of employment in a normal season. These employment patterns are replicated across Scotland. When casual employment falls, the spend in local businesses falls as everyone has to tighten their belts.

“The tourism sector is also severely impacted by a poor season. We know that almost one million bed-nights are generated by tourists in a good season but hoteliers in rural areas are hard hit when the season falls flat.”