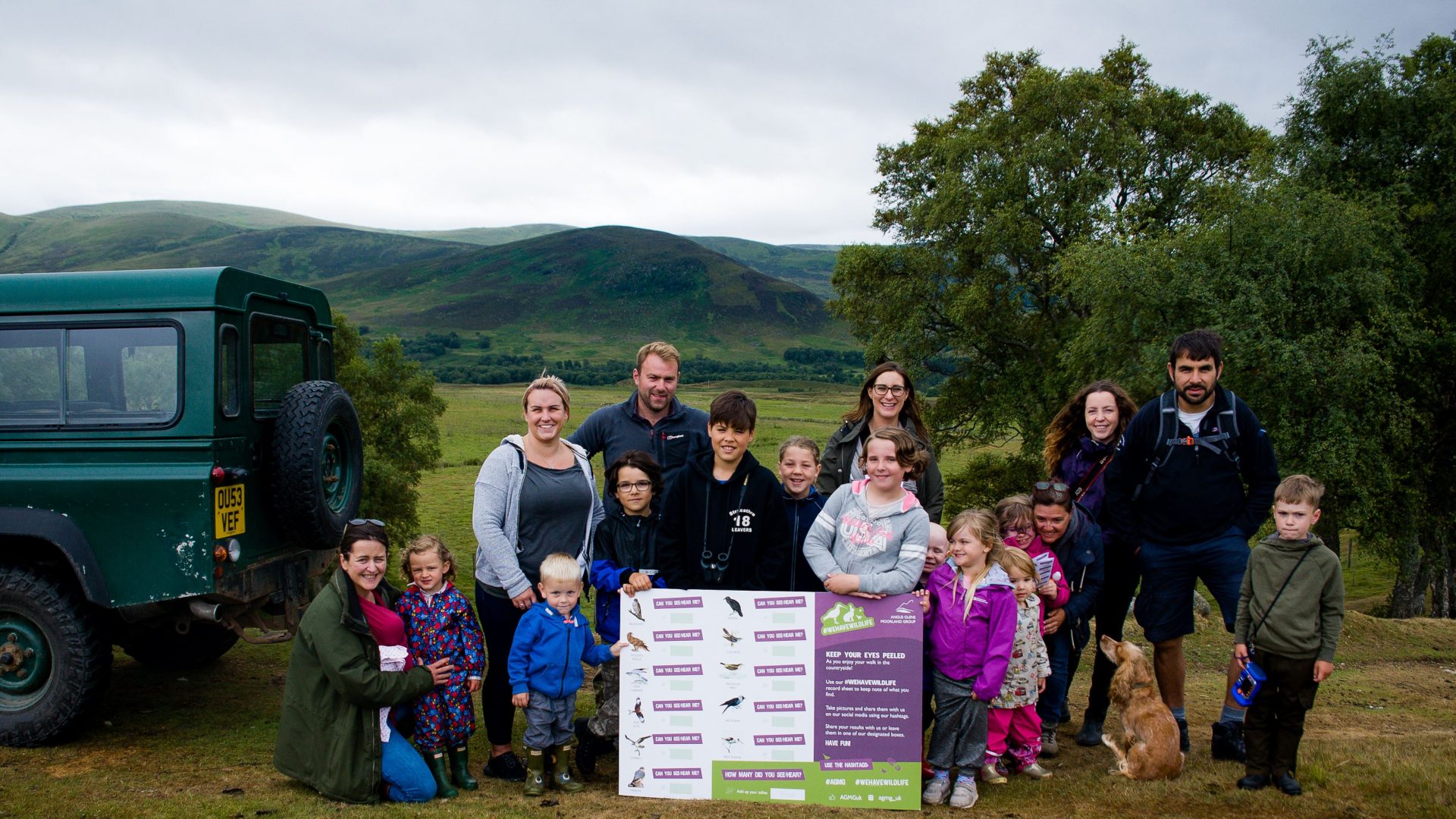 Community Groups News
by The Gift of Grouse
Comment 1

Gamekeepers and land managers throughout Scotland have launched a new moorland wildlife campaign today (Friday 13th July) on the eve of the UK’s first ever Bioblitz tour.

The #WeHaveWildlife campaign aims to raise awareness of the plethora of wildlife thriving on Scottish moorland and counter the misconceptions that nature reserves and wildlife centres are the only places to find wildlife.

Chris Packham’s ten-day Bioblitz tour will kick off in the Scottish Highlands, visiting various sites throughout Scotland as part of the UK wide tour, recording every plant and wildlife species seen along the way to set a nature benchmark for future audits. All forms of wildlife will be investigated in this snapshot of the countryside from flies to fungi, mammals to moths and birds to butterflies.

Managed moorlands have wildlife in abundance, from craneflies to adders, lizards, mountain hares and red deer, to wild plants including orchids, juniper and heather, to ground-nesting birds, owls and raptors.

A wide range of rare bird species including curlew, lapwing, black grouse and merlin are thriving on managed moors as a result of predator control and habitat managememt – not least the red grouse, the only species unique to the UK, found only on moorland.

Lianne MacLennan, coordinator of the Grampian and Angus Glens Moorland Groups, who is spearheading the #WeHaveWildlife campaign, said: “There is an abundance of wildlife throughout the whole of our countryside, with moorland in particular offering a rich biodiversity in which a wide variety of wildlife and habitat can flourish, thanks to the efforts of our gamekeepers and land managers.

“Disappointingly none of the Bioblitz sites being visited are on moorland, with the tour focusing around nature reserves and wildlife centres. We support the Bioblitz exercise in establishing a benchmark for wildlife however, moorland sites should have been included as part of this audit to gain a true picture of the wildlife we actually have around us.”

GWCT’s guide to Conserving the Curlew (June 2017) showed that in areas where predator control existed, the curlew population increased by 14% per year.

A biodiversity audit conducted by the Game Conservancy Deutschland found 103 different bird species thriving on Glenogil Estate in the Angus Glens this year – an increase of 51% since 2015. The study also recorded a higher number of breeding pairs of golden plover found on Glenogil Estate than in the whole of Germany.

Gamekeepers across Scotland are also making concerted efforts to ensure the survival of the black grouse. In Strathbraan, Perthshire a 20-year programme of woodland planting, grazing reduction, rotational heather burning, predator and bracken control has seen black grouse rise from very low numbers to around 50 male black grouse in 2018.

Gamekeeper, Garry MacLennan from the Angus Glens Moorland Group, said: “Bioblitz audits have become valuable tools for ecologists to get an overview of a site’s living species and we have been working hard with accredited scientists and research institutes to chart the array of species found on estates within our moorland group. We are committed in our conservation efforts and given the recent studies, it is evident that keepered ground is notably more successful for bird conservation than other areas.

“Mr Packham believes that nature reserves throughout the country are the only places to see abundant wildlife however, this is simply not true. There are many conservation success stories across Scotland’s grouse moors, not least the breeding success of some moorland birds and waders, including species of conservation concern such as curlew and lapwing. We would be delighted to welcome Chris Packham and his Bioblitz team onto our moorland to gain an understanding of the vast array of wildlife flourishing on Scotland’s moors.”

Estates and gamekeepers across the country have been stepping up efforts to educate the public on moorland biodiversity through their #WeHaveWildlife campaign and encouraging all to get outdoors, take a walk on the ‘wildlife’ side and document the array of wildlife species spotted en route.