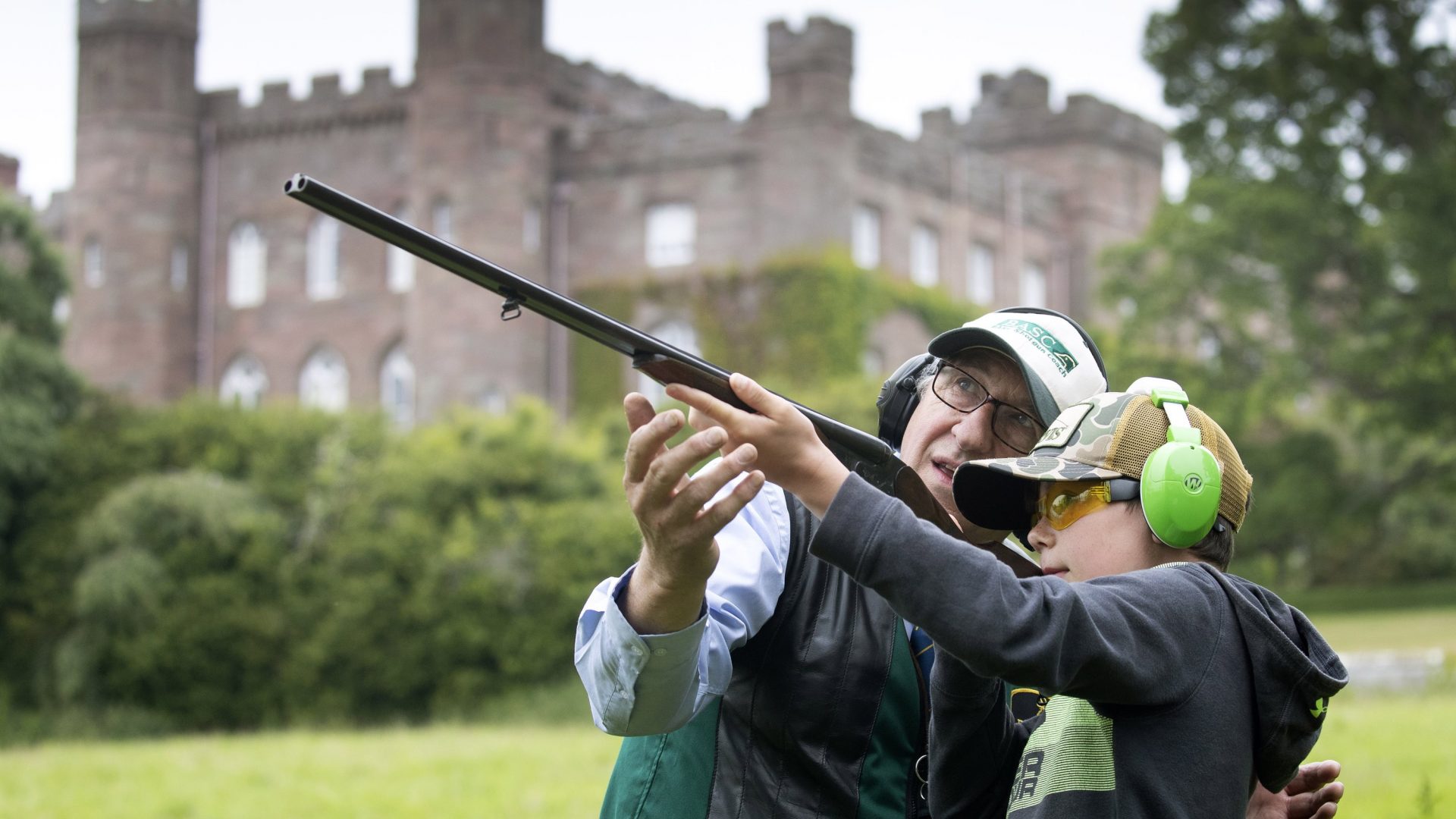 The next generation of country sports enthusiasts showed off their skills today by tackling a great traditional challenge at the GWCT Scottish Game Fair.

Dozens of young people aged 8-21 took part in the Junior MacNab Challenge, organised by the Scottish Country Sports Tourism Group with the Scottish Youth & The Countryside Education Trust, where they had the opportunity to ‘hunt’ a rabbit, ‘fish’ for a trout and ‘shoot’ a pigeon.

This year the country sports sector is focusing firmly on the future. 2018 is the Year of Young People in Scotland and rural communities are celebrating increasing participation by women and young people.

The Gift of Grouse campaign is committed to showcasing the benefits of grouse shooting for Scotland – in the form of employment, tourism, conservation and accessibility. Around 10% of the BASC’s members are now women and an increasing number of young people are learning to shoot, training as gamekeepers, or taking seasonal jobs as beaters and pickers-up during the season.

Tim Baynes, Director of the Scottish Moorland Group, said: “Interest in careers in gamekeeping is at an all-time high and the courses offered by Scotland’s Rural College and the University of the Highlands and Islands, among others, have three times the number of applicants for every available place. This is great news for the future. Gamekeepers today are highly trained professionals and young people who train as gamekeepers or ghillies can look forward to a career in a dynamic and progressive sector.

“The economic benefits of country sports are well established, not just for sporting estates but also for associated rural businesses such as hotels, restaurants and pubs. This year we wanted to showcase how the next generation are developing the skills and expertise to take the sector forward.”

Women’s participation in shooting, both clays and game shooting, is notably on the rise, with thousands of women joining the BASC and women’s shooting clubs attracting new members from all over the UK in recent years. The top ten shooting clubs for women represent an active community of 32,000.

Lucy Watts is a corporate events organiser and is typical of the new wave of women taking up shooting.  “For us it’s a fantastic family day out. We usually go to the Angus Glens, in a large family group. The scenery is absolutely stunning and it’s an incredibly exciting sport,” she says.

“You do need to be a fairly experienced shot for game shooting, but it’s affordable. Once you have your gun you have it for life and you don’t need to invest in much else. The number of women taking part is increasing year on year. It’s a great form of exercise in the wild open moorlands. The people are incredibly friendly and anyone can get involved.”

The game and country sports industry is worth £350 million annually to the Scottish economy and supports 11,000 full-time jobs. A survey of 45 grouse estates, conducted by Scotland’s regional moorland groups in 2017, found that over £23 million flows directly into local businesses outwith the country sports sector, such as shops, taxi companies and garages, in trade generated by estate activity.

Scotland’s leading women’s shooting club is Gladrags & Cartridge Bags, founded by Mhairi Morriss. Her aim is to make it easier for novice shots and women from all backgrounds to progress in the sport.

Mhairi Morriss said: “Everyone is welcome at one of our events, from ladies who have never taken a shot to more experienced guns. Shooting is becoming much more popular among women and we provide all the equipment, guns, ear protectors, safety glasses and tuition, so it’s easy for anyone to come along and join in. We started in 2014 and to date we have welcomed over 350 women to our events in north east Scotland.”

Over a dozen new shoots and clubs for women have been established in the past two years.