Skip to content
Home
/
2017
/
January
/
23
/
News
/
WINTER ON SCOTLAND’S MOORS – HOW NEIGHBOURS HELP EACH OTHER
News
by admin
No comment(s)
Forecasters are predicting Arctic conditions over the next four weeks with temperatures falling to -10C ; this is a headache for anyone trying to get to work in Scotland’s cities. But how do people who work outdoors year-round cope with wintry conditions? Gamekeepers and those who work on Scotland’s rural estates have no choice but to cope with the big chill. Preparation is crucial to avoid a potentially life-threatening situation. 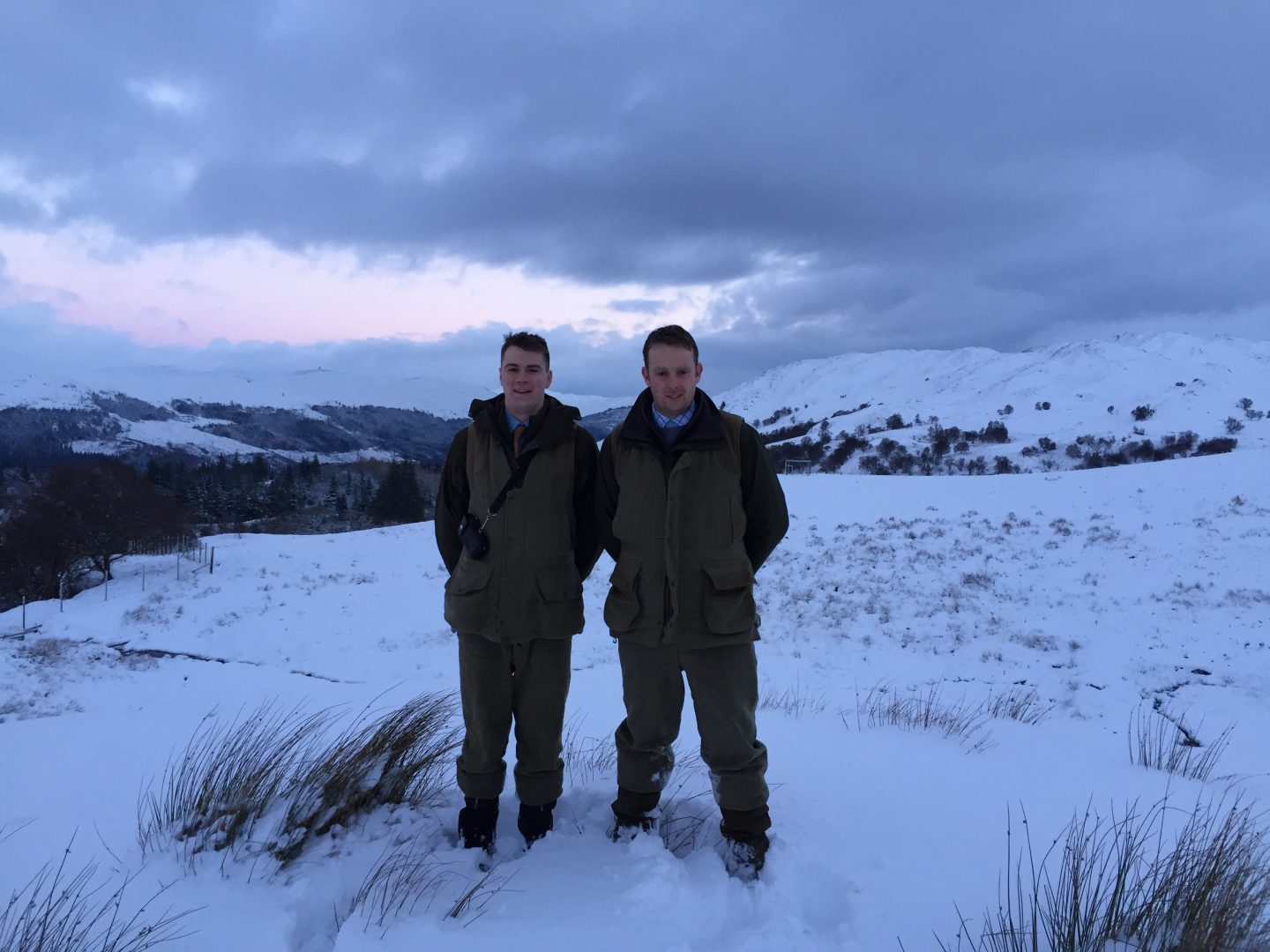 Glendoe is a mixed sporting estate with a very busy shoot calendar starting in early August with grouse shooting. It is situated in a particularly beautiful part of Scotland, on the south shore of Loch Ness near Fort Augustus.Jonathan Carslaw, the head-keeper, said that half of the estate is completely covered by snow every year from January to the end of March. He says:

“Winter is one of my favourite times of year as long as you have the right equipment to hand. Fortunately, we do, and we are well prepared for any eventuality.

“We use an open channel shortwave radio to communicate between neighbouring estates. This is totally crucial in cold weather as we can call for help if we get stuck anywhere.

“We also use a spot tracker which has the ability to contact several pre-set contacts sending them a text or email with our location if help is required or a message to say we’re running late but OK. It also has a SOS which sends a GPS reading straight to the emergency services if we’re in trouble.

“I have driven seven miles on the skidoo to pull one of my neighbours out of a snowdrift. I know they would do the same for me!”

Iain Coltart, aged 18, from Cambridge, has been working on the Glendoe Estate since July 2015 as a modern apprentice through North Highland College.

Iain says: “Gamekeeping is a job that changes by the day, either due to the weather or some other aspect. When winter conditions come the job changes dramatically, everything becomes more difficult unless you have the right equipment. We use Argocats with tracks and a skidoo which makes getting around in the snow much easier where the only other alternative would be walking with snowshoes. When it comes to vermin control we use the Argocats and the skidoo to help track foxes into holes or to a point where you could stalk into them, a job made easier by the snow fall as you can see fresh marks.

“In late autumn after we have finished with stags we go straight into putting out medicated grit on the estate – we have 3,000 grit mounds which all need to be cleared of old grit and new medicated grit put in its place to protect the birds from worms. The estate is 24,000 acres so this takes all four of us using the two Argos and two quads at least a week and a half to do. When the harder weather comes the grouse will start to pack up and often gather in huge numbers so some grit mounds will get used more often than the others – therefore in the early months of the year we will usually put more grit out in these areas. Often at this time the hill is completely covered in snow so we use the tracked Argo to complete this task.

“If there’s two days or more of severe weather in April or May the eggs are likely to fail. The season is totally weather-dependent and there’s nothing we can do about that. If there’s a cold snap in spring it’s often catastrophic.”

There are three areas of Special Scientific Interest on Glendoe Estate. The estate is home to a nesting pair of eagles as well as a pair of Slavonian Grebe which are on the RSPB’s red list of endangered species. In the past decade, wader numbers on the estate have almost doubled – specifically lapwing, oystercatcher, curlew, as well as blackgame. These species benefit from winter vermin control of foxes, weasels and stoats. Such management measures are crucial to ensure that waders can thrive.

The Estate believes that it is now the most north westerly driven moor in the UK and is proud to employ two keepers and two modern apprentices to manage the sporting concerns on the estate.