Skip to content
Home
/
2016
/
July
/
10
/
News
/
GROUSE COUNTS UNDERWAY IN PREPARATION FOR THE GLORIOUS TWELFTH
News
by admin
No comment(s)
Grouse counting is underway on Scotland’s sporting estates ahead of the Glorious Twelfth – and leading agents and gamekeepers are forecasting a positive season for the sector.Moorland estates across Scotland are gearing up for the start of the shooting season and are carrying out counts, an essential activity in order to gain an accurate measure for the season ahead.

Given the long winter and wet summer months breeding conditions have been less favourable on many estates. However, thanks to the perseverance and careful habitat management, gamekeepers are quietly optimistic for a good season ahead. 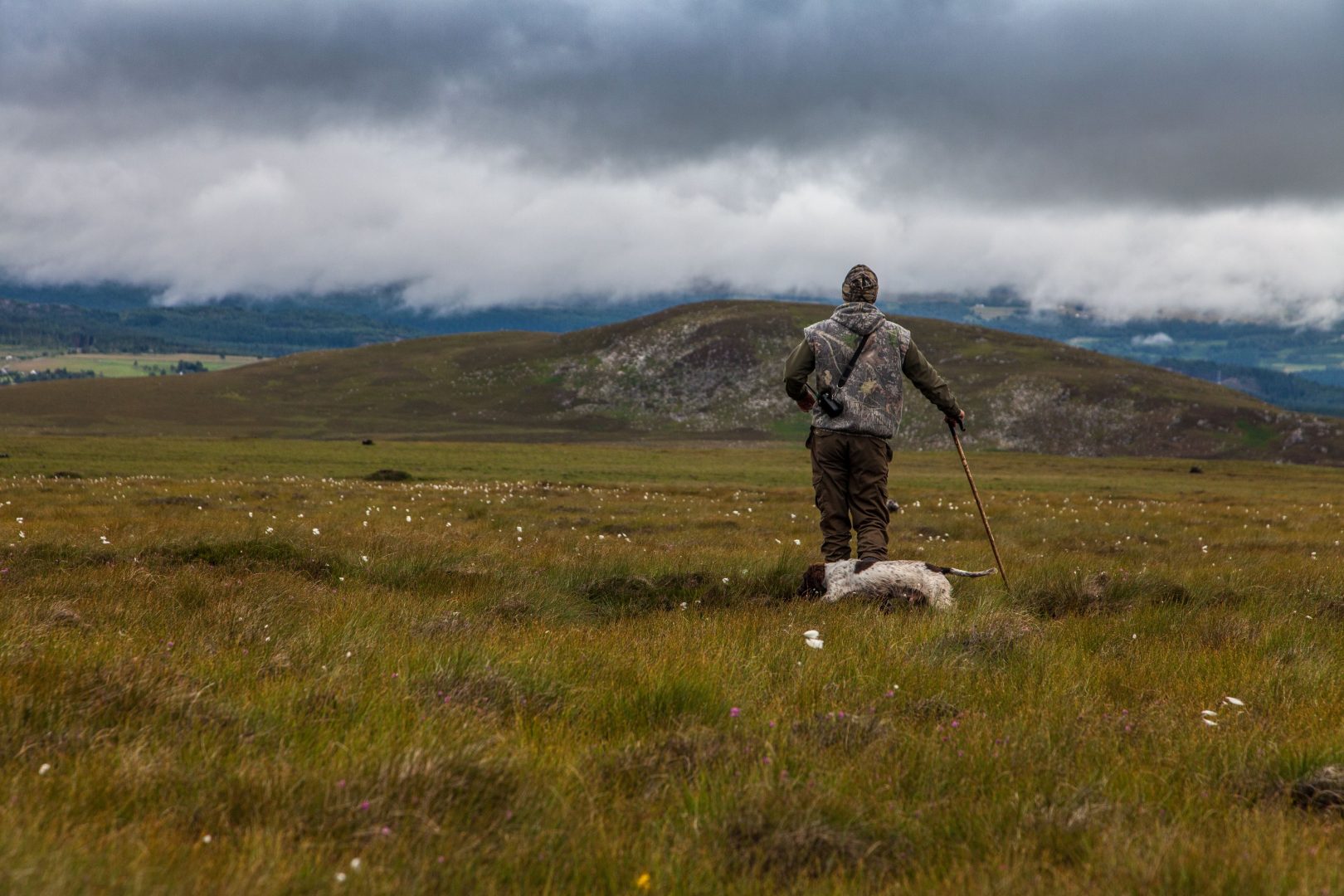 It is expected that walked up shoots will commence in many regions from the 12th August onwards with perhaps slight adjustments to programmes expected on some estates for driven shoots.

Preparations undertaken pre-shooting season are often overlooked but activities such as the annual grouse count are an essential means to gain an understanding of an estate’s harvestable surplus. Counts also help determine age, size, number and location of birds – all of which are fundamental elements to allow accurate planning for an estate’s shooting programme.

The Gift of Grouse campaign has been highlighting the importance of grouse counting and the sustainable management of this unique species and has launched a new video to raise awareness of the efforts by gamekeepers and trained working dogs.

One such gamekeeper who has recently conducted a grouse count is Rab MacVarrie, head gamekeeper at Corriegarth Estate, part of the Loch Ness Rural Communities group.

Rab commented: “The start of the grouse shooting season is the pinnacle in the calendar for sporting enthusiasts and for the many workers involved in the sector it marks the culmination of our year-round management and efforts required to ensure a successful season. If counts are low then there will be no shooting however the investment in wages and skilled land management continues regardless.

“Here at Corriegarth we have just spent five consecutive mornings counting grouse with specially trained pointer dogs and cocker spaniels, which are instinctively good at sniffing out grouse and alerting us to their location. To cover the ground and in order to record an accurate count, neighbouring estates will work together during the grouse counting period.

“Our grouse count has demonstrated that moorland estates are at the mercy of the unpredictable Scottish weather. Whilst numbers look good we have seen a lot of younger birds which are perhaps the second brood of chicks as a consequence of the first brood being affected by the late April snow and colder spring months. This is not an unusual occurrence and we expect a slower start in our region but remain hopeful for a successful season as a whole.”

Robert Rattray, head of leading Scottish sporting agency, Sporting Lets, said: “We are now hearing of a few moors adjusting their programmes for a later start, possibly the result of the end of April snow leading to reliance on second broods, but in general we are optimistic for a good season ahead.

“Accurate grouse counts at the end of July offer a clearer idea of how well a moor is likely to perform, allowing us to plan ahead for the forthcoming season, and if necessary adjust programmes to take account of any cancellations.

“Grouse shooting in Scotland is a unique experience, and attracts interest from all over the world. In addition to the USA and Europe which have always been traditional overseas markets for grouse shooting, we are also seeing a growing interest from non-traditional markets such as China and India.

“Bookings from within the UK are steady but teams can often book at shorter notice and later in the season, given they have more flexibility. As a result, we tend to handle an influx of bookings later in the season from the domestic market who can take advantage of late availability.”