The curlew is getting back on song on Scottish grouse moors.

Scottish gamekeepers have been taking action to help the threatened curlew and are reporting a healthy number of sightings on moors across the country.

Wader conservation training, conscious moorland management and favourable weather conditions this year have all played their part in helping to safeguard the ‘at-risk’ curlew, which was last year placed on the red list* as a species of ‘highest conservation concern’. 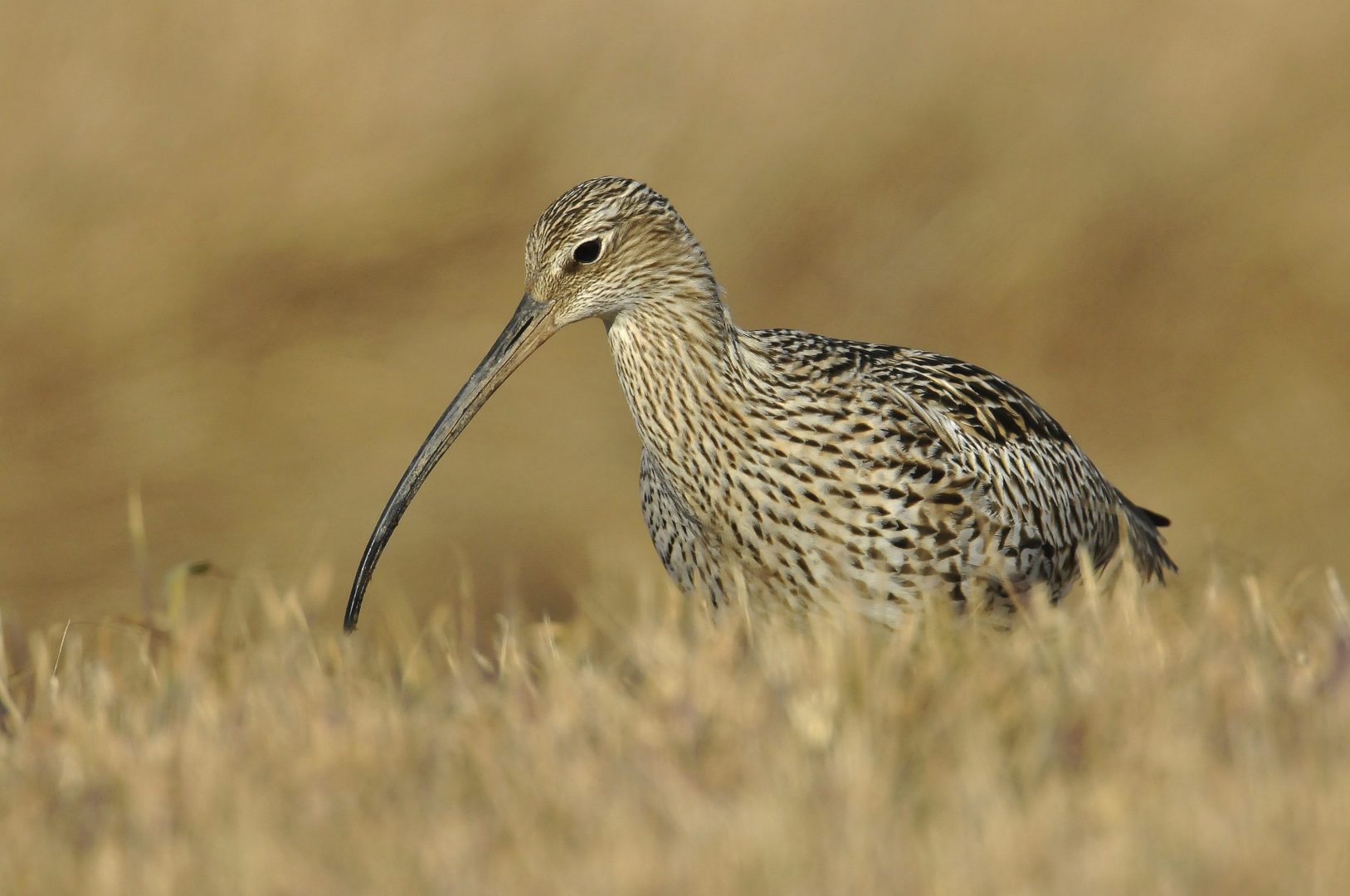 The curlew is Europe’s largest wading bird, instantly recognisable by their long downcurved bill, brown plumage, long spindly legs and distinctive call from which it derives its name.

The population of curlew has declined in recent years due to a loss of suitable breeding habitats as a result of more intensive agricultural methods, climate change and predation.

Scotland’s gamekeeping community, supported by the Gift of Grouse campaign, has been making a concerted effort in wader conservation and setting the ground-work for a nationwide scientific study of moorland waders to commence in 2017.

One such effort is creating suitable breeding habitats on managed grouse moors brought about through controlled heather burning ‘muirburn’, which creates micro habitats suited to grouse as well as other ground-nesting birds, one of which is the curlew.

Leslie George, head gamekeeper at Candacraig Estates and on behalf of the Gift of Grouse, said: “Our dedicated team of keepers have worked tirelessly over the past 15 years to make improvements to the moorland and as such we have spotted around 60 pairs of curlew on Candacraig this season.

“There is also evidence of a high number of returning breeding pairs, after wader migration, who have shown success at raising their young in the optimum moorland habitat. This has been created over the years as a result of muirburn and carefully planned predator control.

“We are one of a cluster of estates in the Grampian Moorland Group, including Invercauld, Gairnshiel, Dinnet, Glen Dye and Finzean, that are making determined efforts in helping create favourable wildlife areas where some 314 pairs of curlew have been recorded across these estates, with young now sheltering in the heather.”

Additional observation counts conducted across Scotland’s regional moorland groups this year have raised hopes of a good season for curlew.

On two estates in Angus, approximately 106 pairs were counted whilst a recent spot count across Loch Ness & Tomatin noted 149 adult curlew and on three estate beats in Tayside roughly 77 pairs were recorded.

Kevin Dickie, gamekeeper at Lochan Estate, added: “We recorded a total of 45 breeding pairs of curlew on just one of the three beats on the estate which is part of the Tayside & Central Moorland Group. This is a dense population for an area of moorland that totals around 3000 acres and in my opinion demonstrates that given the correct habitat, we should hopefully see an increase in wader numbers on Scottish moorlands if efforts continue.”

The Gift of Grouse initiative showcases the benefits that grouse shooting has on local employment and trade as well as the national economy. It also highlights conservation and moorland management efforts carried out by gamekeepers on estates throughout Scotland to ensure a rich biodiversity in which all forms of wildlife and habitat can flourish.