According to new reports from sporting agents and rural hotels, shooting days booked and occupancy rates in most parts of the country held firm despite many estates encountering a disappointing season and having to make cancellations to their programme due to the unfavourable weather over the breeding season. Despite the rain and wind on the uplands of Scotland, investment and wages continued thanks to the resolute interest in the sport and the resilience of the industry as a result of the hard work and commitment devoted to it. 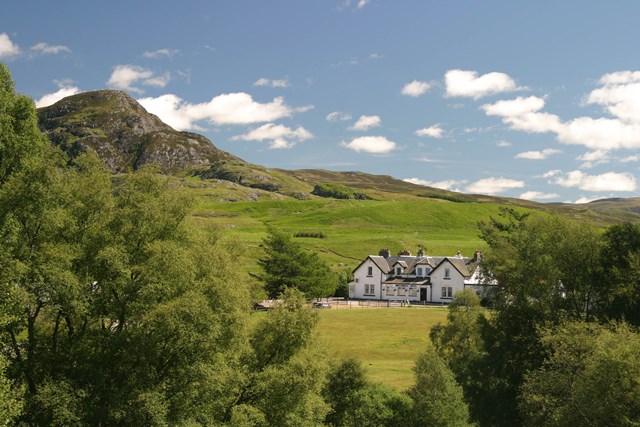 Robert Rattray, head of leading sporting agency, CKD Galbraith’s Sporting Lets, said: “The industry endured a wide range of challenges in areas that cater for grouse shooting last year where some estates did remarkably well whilst many suffered at the mercy of the Scottish weather. However having looked at all evidence on the number of shooting days taken and the cancellations across the industry as a whole, it was clear the industry was more resilient than had been expected. Bookings remained healthy, which impacted positively on accommodation providers and local businesses.

“The international appeal of Scottish grouse shooting remained undiminished and we witnessed an increase in groups coming from America who regard Scottish grouse shooting as an unrivalled world class sport. Groups not only consist of shooters but their partners and children, typically of around 16 – 18 in number and staying for two to three nights, where additional money is spent in local community providers, and thus offering a lifeline at a time when business may well be very slow. Looking ahead we are already witnessing some positive signs of a good season that will deliver once again for businesses and jobs in rural Scotland.”

For many in Scotland’s rural communities the grouse shooting season (12th Aug – 10th Dec) is very much a lifeline that their livelihoods depend upon.

David Murray the owner of Whitebridge Hotel in Stratherrick benefits first-hand from the positive impact the work taking place on grouse moorland has on businesses such as his and on the lives of his family, friends and neighbours.

David Murray of Whitebridge Hotel said: “My wife and I have owned Whitebridge Hotel for 11 years. To say we rely on the revenue generated by the grouse shooting season and the shooting parties this brings to the hotel would be somewhat of an understatement.

“There is no large scale industry to support the villages and communities here as in many rural parts of Scotland. Our hotel benefits from the tourism generated by the nearby sporting estates such as Dell, Garrogie, Corriegarth and Dunmaglass, bringing vital customers to our hotel and restaurant, as well as to other local businesses. The income generated is needed for the survival of remote communities and businesses that don’t turn a profit during the quieter winter months. Business is very seasonal and the grouse season is vital for the sustainability of remote businesses throughout the year.”

Another rural businessman relying on the shooting season is Jeremy Clayton who recently bought and converted an old farm steading into a shooting lodge on the Lower Dess Estate near Aboyne, Aberdeenshire. Despite only having opened Mill of Dess Lodge to sporting parties in late September last year, the lodge had a steady stream of guests until the end of the grouse season in December.

Jeremy understands how popular country sports have become and wants it to be as accessible as possible for those wishing to experience a day on the hills and stay in a moorland lodge.

Jeremy Clayton, owner of Mill of Dess Lodge, said: “While shooting trips can still be expensive at the top end, I wanted to ensure people from all walks of life could enjoy a stay in Mill of Dess Lodge for an affordable price. The more people we attract to the moorlands the more benefits it generates for the community as a whole, conservation projects and businesses alike.

“The Lodge sleeps 20 guests and we have several nights taken for this year’s grouse shooting season already so, weather permitting, 2016 already looks set to be a good year.”

Last year the Gift of Grouse initiative was launched to showcase the benefits that grouse shooting has on local employment and trade as well as the national economy.

Grouse shooting plays a major part in the £200 million that is generated for the economy by shooting and stalking every year, by contributing approximately £40 million plus in a good grouse year, with 970,000 bed nights purchased by tourists both domestic and international, keen to enjoy Scotland’s world class country sports.