Skip to content
Home
/
2016
/
January
/
20
/
News
/
Tayside & Central – GROUSE MOORS CELEBRATED IN PERTHSHIRE
News
by admin
No comment(s)
The number of threatened bird species recorded on Perthshire’s grouse moors was the subject of a special Scottish Parliament reception recently.Three wildlife audits were carried out on estates in Perthshire and Angus with scientists recording a range of birds, many on the conservation watch-list, either breeding or feeding on land managed by gamekeepers.

One of the featured estates at the Holyrood reception, organised to celebrate diversity through grouse moor management, was Glenturret. 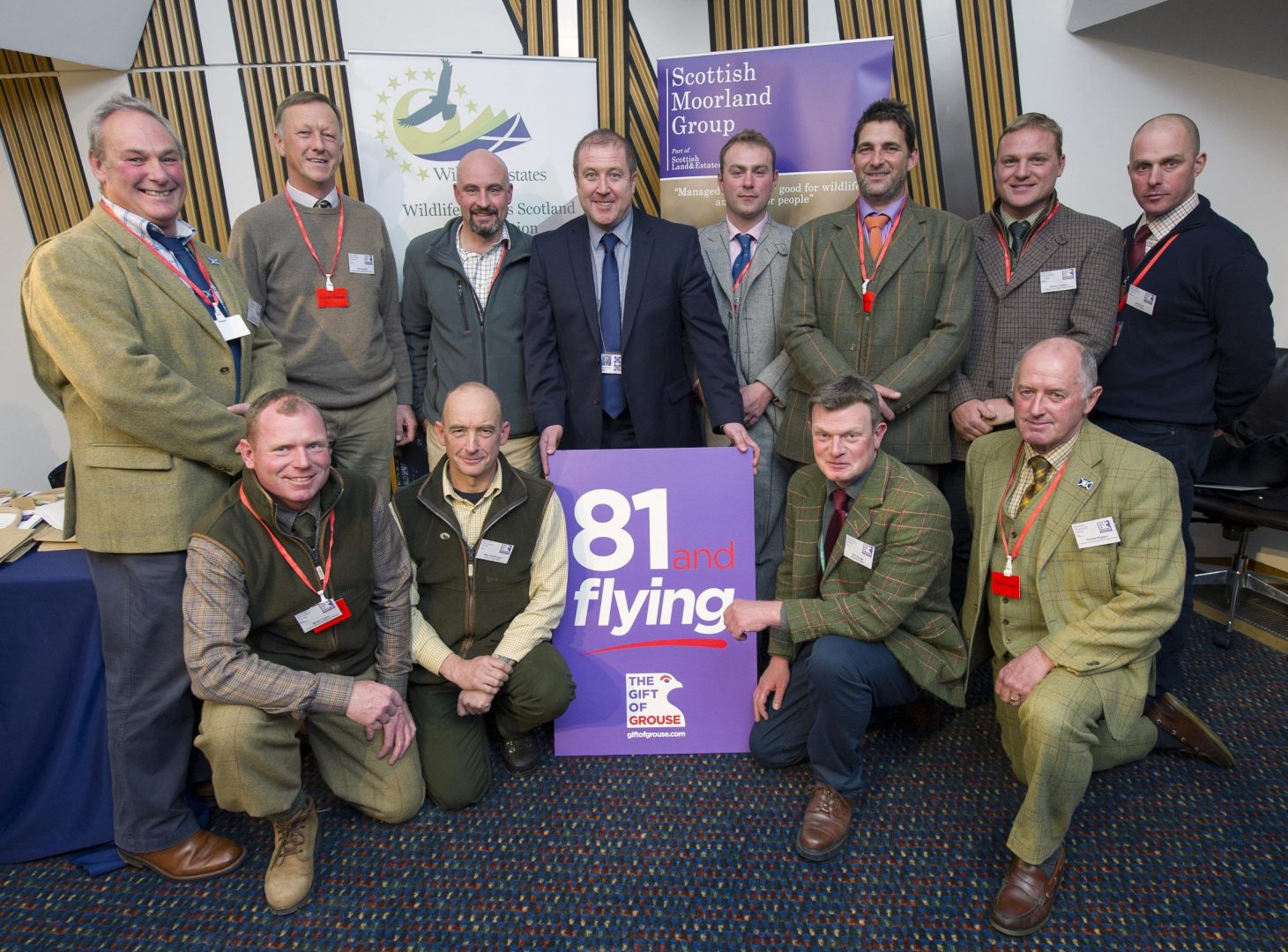 While red grouse and deer are the predominant interest for the sportsmen and women visiting the estate, surveyors found no fewer than 61 different bird species that were benefiting from heather and predator management by the game keeping staff, including the protected hen harrier and eight species of raptor.

The estate habitat also featured a number of red-listed species such as cuckoo, lapwing, twite and yellowhammer.

Mike Reddington, head gamekeeper at Glenturret Estate, said: “This year we had two pairs of hen harriers on the moor, both of which nested producing three fledglings.

“A survey of all the moors in Perthshire showed 16 birds on the conservation red list.

“We are particularly delighted that, on Glenturret, the ring ouzel, a species of conservation concern, has found an environment in which to thrive thanks to our moorland management.”