Today (Thursday 10th December) marks the end of the grouse shooting season in Scotland which has witnessed a major upturn in the numbers of female shooters participating in events or taking up the sport for the first time. 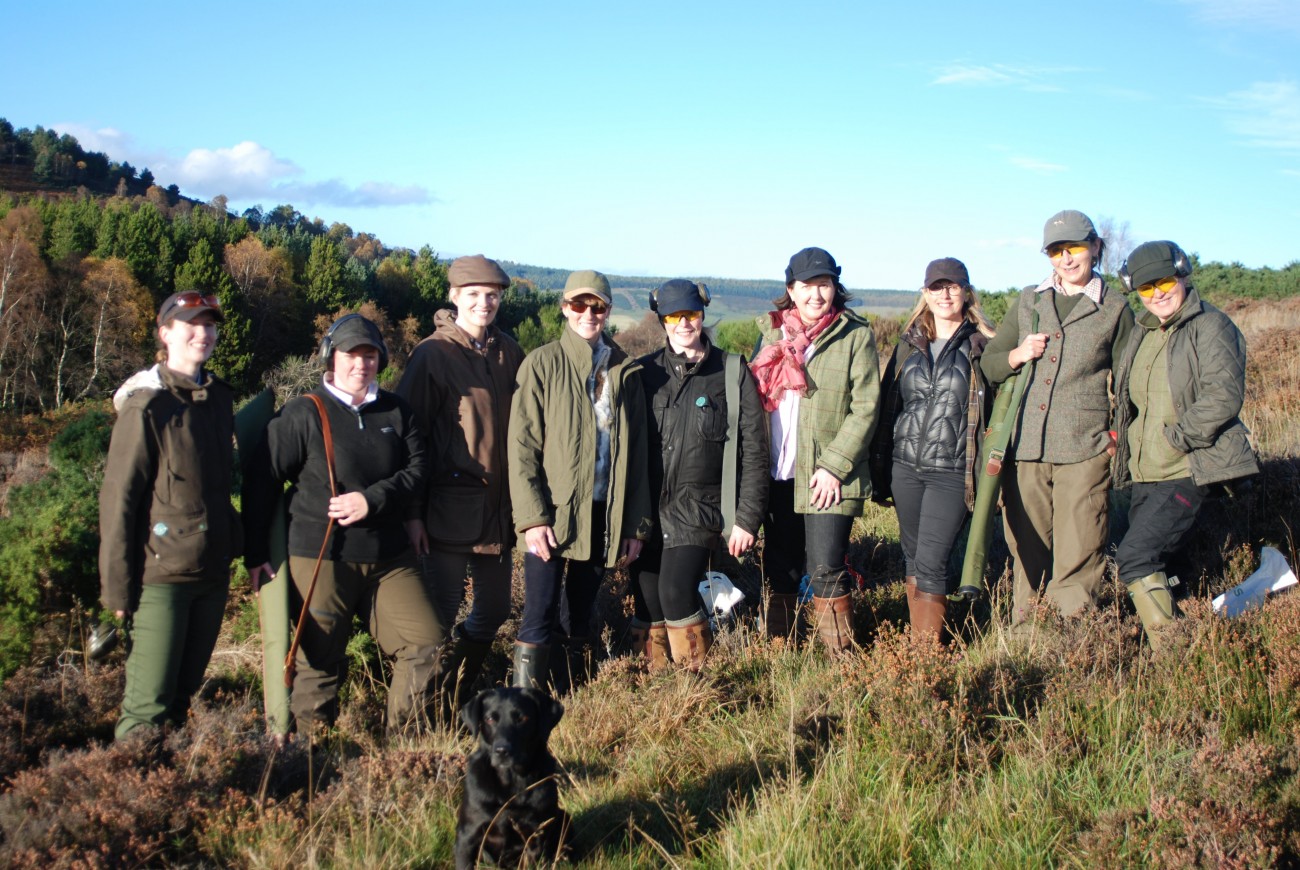 The remarkable story from this year’s shooting season is the increasing demand from female shooters and all women shooting clubs which have continued to grow in popularity. Estates have reported a significant increase in the number of female shooting parties and women joining mixed shoots.

Mhairi Morriss, founder of the ladies shooting club, Glad Rags and Cartridge Bags, commenting on the success of this year’s grouse shooting season, said: “The enthusiasm and interest in women’s shooting has been incredible throughout 2015. As a women’s shooting club we are increasingly being approached by ladies of all ages and abilities looking to participate in clay shooting and driven or walked up grouse shoots.

“Membership has flourished over the past year with numbers soaring, our first event was held in November 2014, since then 386 positions have been filled by ladies at our events.

“I think there are a number of reasons for this high demand but primarily it’s because we’ve created a community in the Scottish sporting scene where women feel accepted and encouraged to join in. The women’s shooting events being organised all over the country provide an accessible platform for newcomers to the sport or those daunted by the thought of joining a mixed shoot.

“Scottish Estates can be perceived as being inaccessible to the general public but my experiences really would contradict this. Estates such as Leys Estate and Castle Fraser Farms, in Aberdeenshire have been willing to tailor days to suit the shooting party’s needs and levels of experience, holding shoots of 50 brace instead of 100 so as not to overwhelm novices and providing coaches and tuition to encourage more women to attend.”

Cara Richardson, a female shooter of more than two decades, Sporting Agent and co-founder of the Scottish Ladies Shooting Club, commented: “It’s great that the profile of shooting teams has changed particularly over the last 10 or so years. When I first began shooting in the 90s, it was quite a rarity to find a female gun in the shooting line. These days, it is becoming quite the norm and that’s fantastic to see. More girls are not only appearing in the gun line, an increasing number are now involved in beating and picking-up. It’s very exciting to see women’s interest in grouse shooting and other country sports gaining momentum.

“Also, most outdoor apparel manufacturers now provide shooting kit specifically in a ladies’ cut which for many brands is a relatively new idea and an obvious recognition of demand.”

Andrew Grainger of the Scottish Country Sports Tourism Group said: “There has been a huge increase in the number of women participating in shooting, testament to the efforts made by the industry to increase awareness amongst the general public. Accessibility for the sport has never been better and the myths about it being an elitist sport for the wealthy have been dispelled. Anyone can go shooting and we have been greatly encouraged by the increase in participation from a wide variety of groups.”

There were high hopes this year following the bumper season in 2014, however cold and wet weather throughout the breeding months of May and June resulted in disappointing grouse numbers. This wasn’t the case on a small number of moors though, for example, Dorback and Invermark Estates found themselves with plenty of grouse thanks to a late second brood chicks.

Robert Rattray, partner at CKD Galbraith and head of the firm’s Sporting Lets agency, said: “This year’s shooting season has been something of a Curate’s egg, although disappointing for many, those moor owners who were in the fortunate position of having lots of grouse have enjoyed one of the fullest and longest programmes in living memory with many shoots having run right up until the season’s end.”

Tim Baynes, Director of the Scottish Moorland Group, added: “Although it has been a challenging season for many regions across Scotland with expectations running high following several good years, the poor weather has not dampened spirits.

“Despite this not being the season we hoped for, the investment and hard work from gamekeepers and estate workers, and the efforts being made on moorland management and biodiversity have continued apace. The Gift of Grouse campaign has helped to raise awareness of these efforts on moorlands throughout Scotland from the Highlands to the Lammermuirs and to further promote the accessibility of grouse shooting to a range of groups and in particular female shooters.”