81 and flying – that is the number of bird species thriving on Scotland’s grouse moors.

The vast range of birds either breeding or feeding on land managed by gamekeepers is revealed today by a report on wildlife studies carried out on key grouse moors.

The report was publicised at a reception at the Scottish Parliament to celebrate diversity through grouse moor management.

Graeme Dey, MSP, who hosted the reception said: “It is important, in the context of future Land Use, Biodiversity and the Land Reform Bill which is currently making its way through parliament that we have a balanced, evidence based debate on the best way forward and I welcome this report for the contribution if makes to that process.’’

The report by the Scottish Moorland Group focused on wildlife audits carried out on three shooting estates and found that birds that have suffered serious decline in various parts of the country have rallied on moors. The report is part of “The Gift of Grouse” – a year–long campaign to highlight the wide range of benefits grouse shooting and moorland management delivers and is supported by the Angus Glens Moorland Group and Tayside and Central Scotland Moorland Group.

Golden plover, black grouse, ring ouzel, golden and white-tailed eagles, peregines and hen harriers are among leading species identified on managed moors and on one estate even the Scottish cuckoo has made a significant comeback with eight singing males making their voices hea 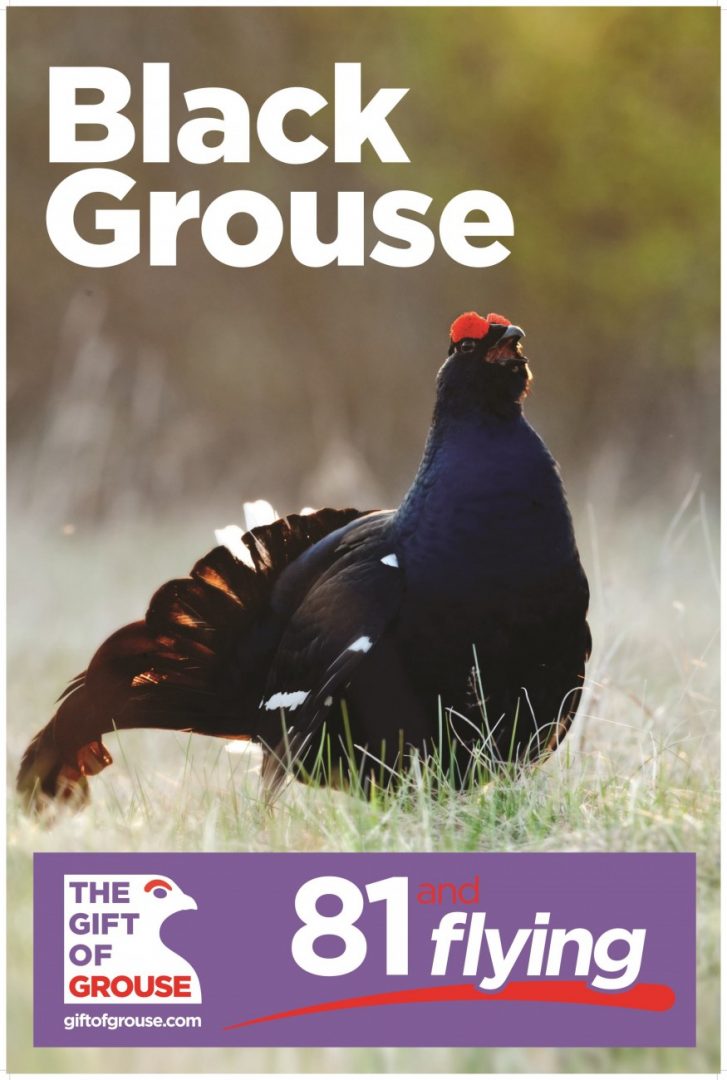 “To have such an array of species is tremendous news and demonstrates clearly that high quality habitat management can deliver multiple conservation benefits. The diversity of species that can thrive on grouse moors is probably one of the least heralded gifts of grouse moor management. The findings of these studies we believe are a snapshot of what is happening on managed moorland throughout Scotland”, said Tim Baynes, Director of the Scottish Moorland Group.

At Invermark Estate in the Angus Glens a team of upland ecologists from Taylor Wildlife conducted a survey on land specifically managed for grouse to catalogue the wildlife present on the ground.

In addition to the bird species identified, the research team also found nine species of butterfly (three of international importance) and 90 species of moth.

Garry MacLennan, Head Gamekeeper on Invermark Estate, said: “The survey results gave a great insight into the biodiversity of the estate and Invermark is not alone when it comes to breeding birds and plantlife. Last year we had a pair of Eagles which fledged three eaglets, along with peregrine, merlin and short eared owls. These species are clearly benefiting from the management by the staff.”

“The high species diversity in birds is associated with the diversified use of landscape on the estate. It can be demonstrated that combination of habitat and predator management is the most effective conservation strategy.”

The latest species survey at Glenturret Estate, in Perthshire revealed 61 different bird species.
The survey showed two confirmed breeding attempts by Hen Harriers, with further successes in 2015, and eight species of raptor, all of which are breeding.

The estate habitat also featured a number of red-listed species such as black grouse, cuckoo, lapwing, twite and yellowhammer.

Mike Reddington, Head Gamekeeper at Glenturret Estate said: “This year we had two pairs of Harriers on the moor, both of which nested, producing three fledglings. A survey of all the moors in Perthshire showed 16 birds on the conservation red list. We are particularly delighted that, on Glenturret, the ring ouzel, a species of conservation concern, has found an environment in which to thrive thanks to our moorland management.”