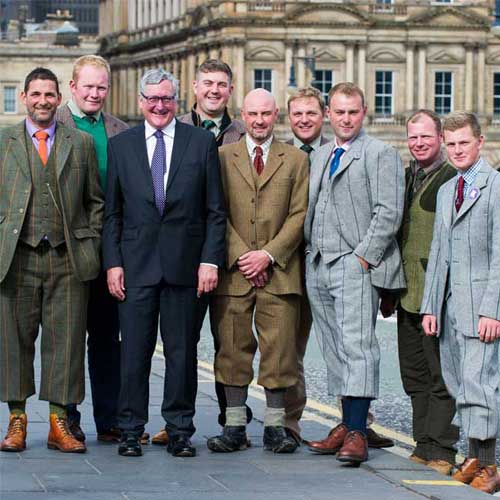 Communities in key rural areas of Scotland have voiced strong support for grouse shooting which they believe makes a major social and economic contribution to the lives of local people.

The importance of grouse shooting and moorland management in supporting fragile rural communities is highlighted in a new report (attached) published today by Scotland’s Rural College and the University of the Highlands and Islands’ Centre for Mountain Studies at Perth College.

The report examines community perceptions and the socio-economic impacts of grouse shooting and moorland management in Scotland. The findings are also supported by the release today of ‘The Untold Story: Driven Grouse Shooting’ – a feature film made by gamekeepers from the Angus Glens Moorland Group demonstrating the impact on local communities.

The report focused on two areas of Scotland – the Angus Glens and the Monadhliaths,

26 moorland estates were surveyed covering over 100,000 hectares of land and included 266 households and 18 businesses.
The majority of these businesses benefited from spending by the estates and visiting shooting parties were viewed as a consistent and reliable source of income.
High numbers of respondents in both areas, 70% in the Angus Glens and 53% in the Monadhliath, recognised community and personal benefits of grouse shooting in their local area.

Speaking at the launch of the report in Edinburgh today, Fergus Ewing, Minister for Business, Energy and Tourism, said: “The Scottish Government is committed to maximising tourism growth and to supporting field sports. Scotland offers the complete package of sport, a warm welcome, good food & drink and unrivalled landscapes and shooting makes a valuable contribution to the rural economy, including in the winter months.

“I am very pleased to be able to extend support to all of those who make a success of field sports in a professional and responsible fashion. Their efforts bring to Scotland a number of visitors who are very welcome and make a significant financial contribution to the sector.”

Dr Ros Bryce, from the Centre of Mountain Studies (UHI), said: “The research broadly demonstrated a high level of support for grouse shooting with a majority in both areas supportive of the continuation or expansion of grouse shooting.

“While awareness of estate management within local communities was generally good, a proportion of the community lacked awareness. Our report identified specific opportunities for enhancing estate-community engagement and awareness-raising around sporting land management, including estates engaging with local primary and secondary schools through school visits by gamekeepers and school visits to estates, establishing estate ‘demonstration days’, increased estate engagement with local community councils and increased emphasis on recruitment of beaters and loaders from local communities.”

The report and film were released today as part of “The Gift of Grouse” – a year–long campaign to highlight the wide range of benefits grouse shooting and moorland management delivers.

The SRUC/UHI report reveals last year was a particularly good year for grouse shooting with average bags in the previous four years recorded as half the 2014 bag so revenue was significantly less during those four years. With expenditure being considerably higher than the revenue throughout the year on all the estates it was found that moorland management ran at a significant loss in most cases.

Of the communities surveyed for the report 35% of those in the Angus Glens and 21% in the Monadhliath reported either a direct or indirect dependence on the grouse shooting industry for their livelihoods. The report also reveals that game keeping staff across both areas combined totalled 92 full-time employees, spending an average of 53% of their time on grouse related activities on the moorlands.

Andrew Hopetoun, chairman of the Scottish Moorland Group, commented on the report’s findings: “The report shines a light onto the industry and its impact on the rural communities which not only support sporting moorland activities but also depend upon them financially.

“As the findings show, the grouse shooting industry supports local businesses in a number of ways including spending by estates or shooting parties in the local garages, vehicle dealerships, butchers, shops, restaurants and hotels. This report and the film created by Angus gamekeepers shows the impact upon real people who depend on the industry’s growth and success.”

‘The Untold Story: Driven Grouse Shooting’ was produced by the Angus Glens Moorland Group to demonstrate the direct link between shooting and the prosperity of local communities and families.

Garry MacLennan, head keeper at Invermark Estate in the Angus Glens, said: “Our group made this film because we wanted people to understand what we do and how our work is linked with the success of our communities.

“Our families live and work in these rural areas. Our kids go to the local schools. There aren’t any other large industries here to support the local people and trades. Grouse shooting is a massive part of life here. Without it, our glens and villages would suffer and people would have to look elsewhere to work and bring up their kids.”

Iain Hepburn, head keeper for Dunmaglass Estate, added: “Most local communities also recognise all the hard work gamekeepers and estate staff put into maintaining moorlands and their habitats. Reports such as this and the gamekeepers’ film are going to help explain the huge amount of work that goes into moorland management and why it is so important that it is widely supported.”

The full SRUC/UHI report is attached and can also be viewed at www.scottishlandandestates.co.uk in the news section.

“The Untold Story: Driven Grouse Shooting” can be viewed on the Angus Glens Moorland Group Facebook page or via YouTube at www.youtube.com/watch?v=fsMkt04XKVs

Further information on the report and the Gift of Grouse: